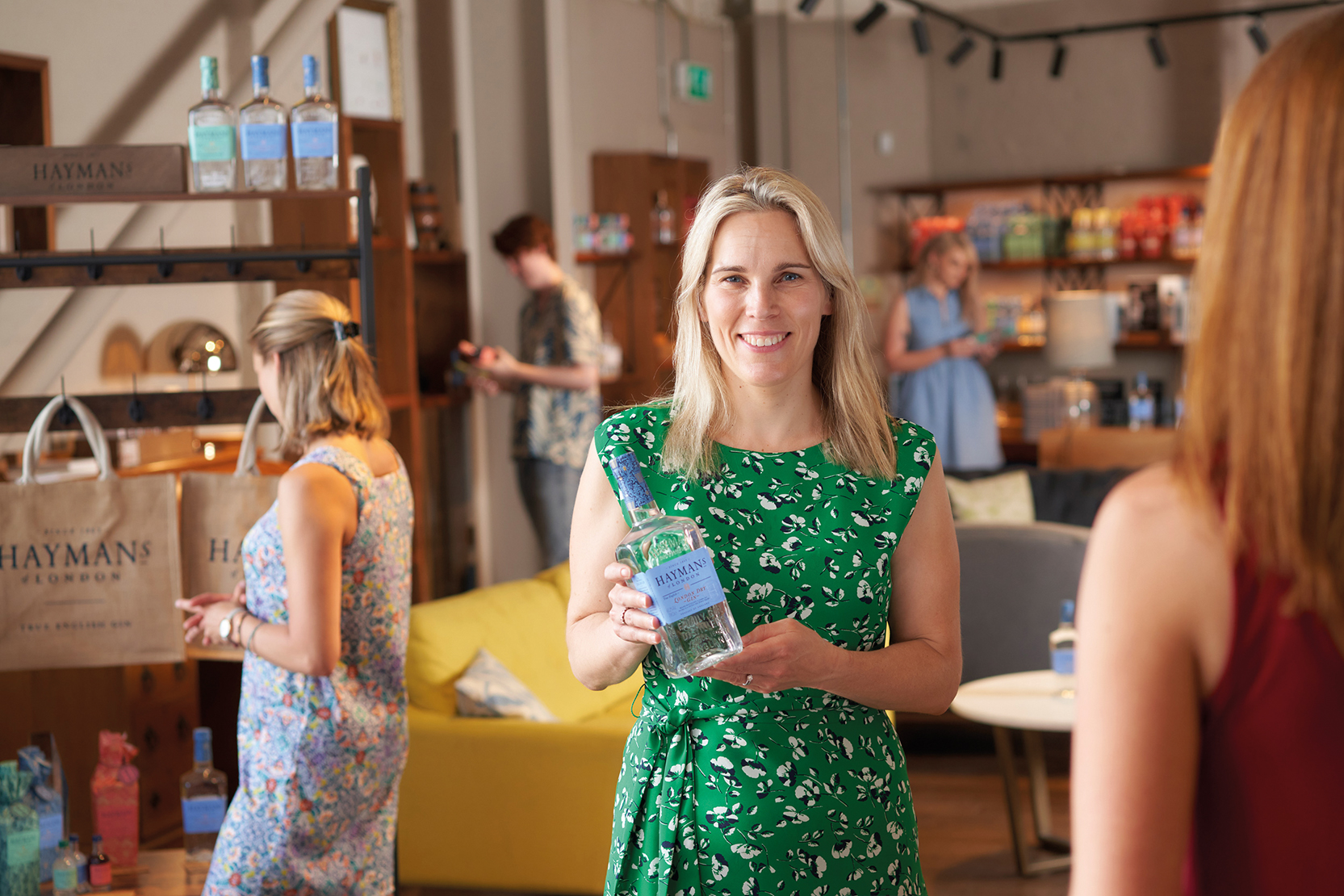 In 2008, Sonat and Robert Birnecker’s organic grain-to-bottle distillery was granted the first new licence in Chicago since the mid-1800s. As a young mother, the flexibility of owning her business allowed Sonat to take her babies to meetings and events, and she believes this normalising of women in the workplace has been invaluable in her boys’ upbringing.

England’s foremost gin-distilling family has been using the same recipe for more than 150 years, and fifth-generation Miranda has been working alongside her father Christopher and brother James for 17 of those. She believes that, though prominent positions still tend to be filled by men, the industry is far more inclusive than when she started.

The US distilling industry tends to be male- and whiskey-dominated – Melissa found the gin world more welcoming as she “carved out a place at the table”. As the first and only American female distiller inducted into the Gin Guild, she is proud to lead a team with a majority of women and is passionate about forging a path for others.

Mother to Grayson (3), and managing director of 58 Gin

Carmen says motherhood taught her to care for her staff with more empathy, and also cemented her commitment to sustainability. Named as The Drinks Business Woman of the Year 2021, she hopes to live up to the title by nurturing other women within the drinks sector.

When Covid shut down the events industry, Katie invested her savings into a new business named after her children. Six months later, she launched her range of third-party distilled Initial Gins. She admits the work-life balance can be challenging, but is determined to succeed to secure the futures of both her award-winning brand and her boys.

Mother to Jessica (4), and distiller/director of Moray Distillery

Moray was one of the first female-owned distilleries in Scotland when Jill launched Avva Gin in October 2016. Avva means ‘respected grandmother’ in the Indian language of Dravidian, and also to ‘overturn’ or ‘ruin’ in Hebrew, but it has been anything but mothers’ ruin for Jill, who believes her daughter has given her a much better work-life balance.

0 comments on “IWD 2022: Mothers making their mark on the gin world”