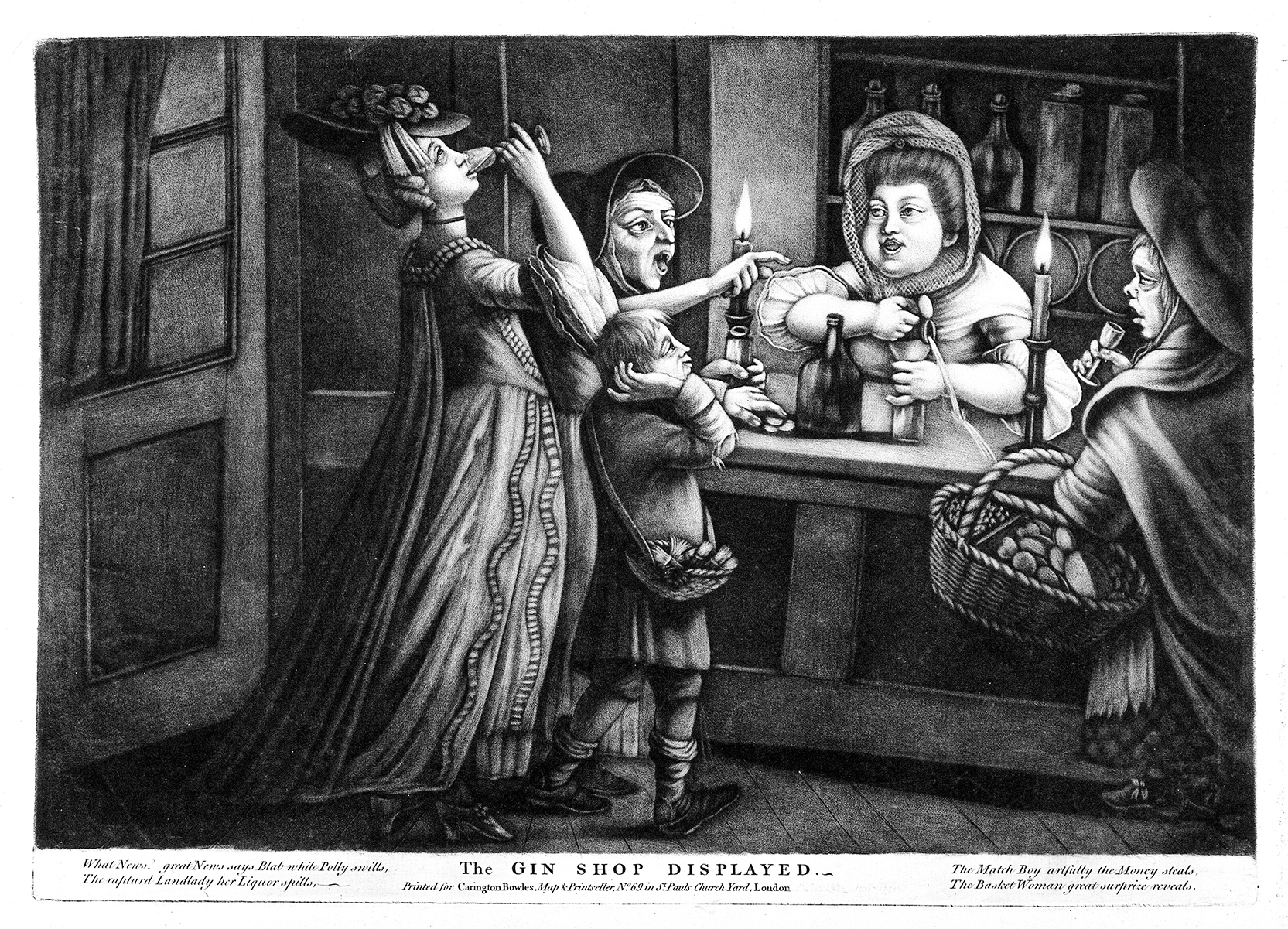 Despite the spirits industry often appearing male dominated, women have played a significant role in the history of distillation. So, why did they become so negatively associated with gin?

Women have played a pivotal role in the long history of fermenting and distilling,
and were highly skilled at both. As the primary caregivers, women through
the ages made beer – which was safer to drink than water – and distilled medicines for their families. However, as both processes moved from the domestic domain to the commercial, women’s attempts to earn an income were subject to such condemnation that they were demonised and ostracised by men who feared their nascent independence.

Sumerian women first fermented beer around 4000 BC, and it continued to be considered women’s work until the 1500s. By contrast, despite it being a woman (the first-century Egyptian alchemist Mary the Jewess) who was credited with inventing the first alembic still, it wasn’t until the dissolution of the monasteries in 16th-century Britain that women’s distillation skills were employed outside the home to provide medicine for the poor in their communities.

Curiously, just as gentlewomen and housewives were given more freedom, alewives were having theirs snatched away. Making and selling ale had offered medieval women a relatively stable income and some measure of independence until the Reformation brought with it stricter gender norms and the condemnation of witchcraft. Whether it was born of fear, or a belief that women should be raising a family, female brewers found themselves ousted from the trade amid accusations of sexual deviancy and sorcery. It is little coincidence that the iconography we associate with witches today, from the pointy hat to the cauldron and broom, bares so much resemblance to those brewsters.

Amid this, advice manuals published in English not only cemented the role of women in distilling, but also charted the transformation of homemade distillates from medicine to social beverage. Published in 1602, Sir Hugh Plat’s Delightes for ladies featured a recipe for Spirits of Spices that didn’t include any recommendation for medicinal use, but promised a “delicate Spirite of… aromaticall bodies” including cloves, mace, nutmeg, rosemary and juniper.

As spirit production further migrated into taverns and distilleries, the popularity of gin was accelerated by The Glorious Revolution and the ascension of William of Orange to the throne, his blockade of French brandy, and the 1690 Act for encouraging the distilling of spirits from corn. With heavy taxing of beer introduced in 1694, and the cancellation in 1702 of the Worshipful Company of Distillers’ charter – which had granted them sole rights to distil in London – the city was set for a gin craze.

London in the early 18th century was a rapidly growing city of opportunity and risk that attracted hordes of people away from the countryside and towards a fashionable drinking culture. Drinking and drunkenness was nothing new, but gin certainly was – and it was much higher in strength, much cheaper, and much more available than beer.

Gin was seductive and, as a consequence, quickly assumed a female form known as Madam Geneva. Historian Emma Major describes this figure as an “alcoholic, demotic Britannia” who fired up the soldiers and sailors fighting for the Protestant cause around Europe. A beloved figure of the British public, mock funeral processions were even held for her on the night before the 1736 Gin Act became law.

But before long, that image was replaced by one of the fallen mother, most famously rendered by artist and social critic William Hogarth in his 1751 print Gin Lane (pictured below). Published in the London Evening Post in support of Henry Fielding’s anti-gin campaign, it was undoubtedly influenced by the true story of Judith Dufour who, in 1734, murdered her two-year-old daughter, stripped her of the new clothes the workhouse had provided, and sold them to purchase gin.

Nevertheless, we know men were equally complicit in consuming huge quantities of gin, so why were women – and particularly mothers – demonised for doing so?

As a new drink, gin was free of association. Beer was restricted to the male environs of the alehouse, but gin was widely available on street corners, from chandlers (grocers) and in dram shops where women could drink, alongside men, in public. Women were not only visible consumers of gin, but they were selling it too, and made up a significant portion of the petty retailers who needed neither a licence nor much capital to set up.

If gin reformers were alarmed by the habits of the poor (who, they believed, shouldn’t be allowed to enjoy such luxuries as spirits and snuff lest they get above their station), they were horrified by the behaviour of women. Terrified reformers such as Thomas Wilson condemned places of female sociability: “Disobedience is here propagated, Gossipping promoted, and new Acquaintances with the Servants of other Families formed and cemented over these Liquors.”

But if drinking women threatened social order, drinking mothers threatened the future of the nation. There were legitimate reasons for concern, and the Royal College of Physicians did document a link between alcohol consumption and deformities among infants. But it was the anxiety that, as Daniel Defoe cautioned, “in less than an Age, we may expect a fine Spindle-shank’d Generation”, coupled with a declining birth rate and rising death rate, which fuelled fears Britain would soon be unable to fill its factories or raise an army.

Cases such as those of Judith Defour and Mary Estwick (who was so drunk that she slept as a toddler in her care burnt to death) did nothing to help the perception of mothers in 18th-century England. Ultimately, though, it was fear of women’s social mobility that led to campaigners making the image of a neglectful and abusive mother central to their anti-gin propaganda.

It is a sinister reminder of the country’s paranoia of witchcraft and those who transgressed social norms that the scientific community of the day even spread rumours of the spontaneous combustion of gin-addled women. By 1737, newspapers such as the Grub Street Journal were proposing a complete ban on selling spirits to women, and targeted enforcement also pushed them out of the burgeoning gin industry. According to Jessica Warner, despite less than 20 per cent of retailers in London being female, women accounted for almost 70 per cent of the defendants in prosecution cases against unlicensed retailers under the 1736 Gin Act.

The government continued to legislate against the gin industry until the final Act of 1751, but the anti-gin movement arguably did more to subjugate women than it did to curtail the craze. With gin consumption peaking in 1743, and spirits production declining from the mid-1740s, the gin craze was already ebbing by 1751, and came to an almost natural end when a series of poor harvests saw distilling temporarily banned. Grain distilling was restored in 1760 but, with double the previous levels of excise duty, spirits were no longer accessible to the urban poor. Men returned to drinking beer, and women returned to domestic duties.

Gin certainly enjoyed a future beyond the craze, and women retained a place at the bar of the opulent Victorian gin palaces, but as names such as Alexander Gordon and Charles Tanqueray came to dominate the gin sector, it would be many years before women returned to their rightful position in the spirits industry.

Read about the role of women in gin today here.

0 comments on “IWD 2022: How women’s relationship with gin turned sour”