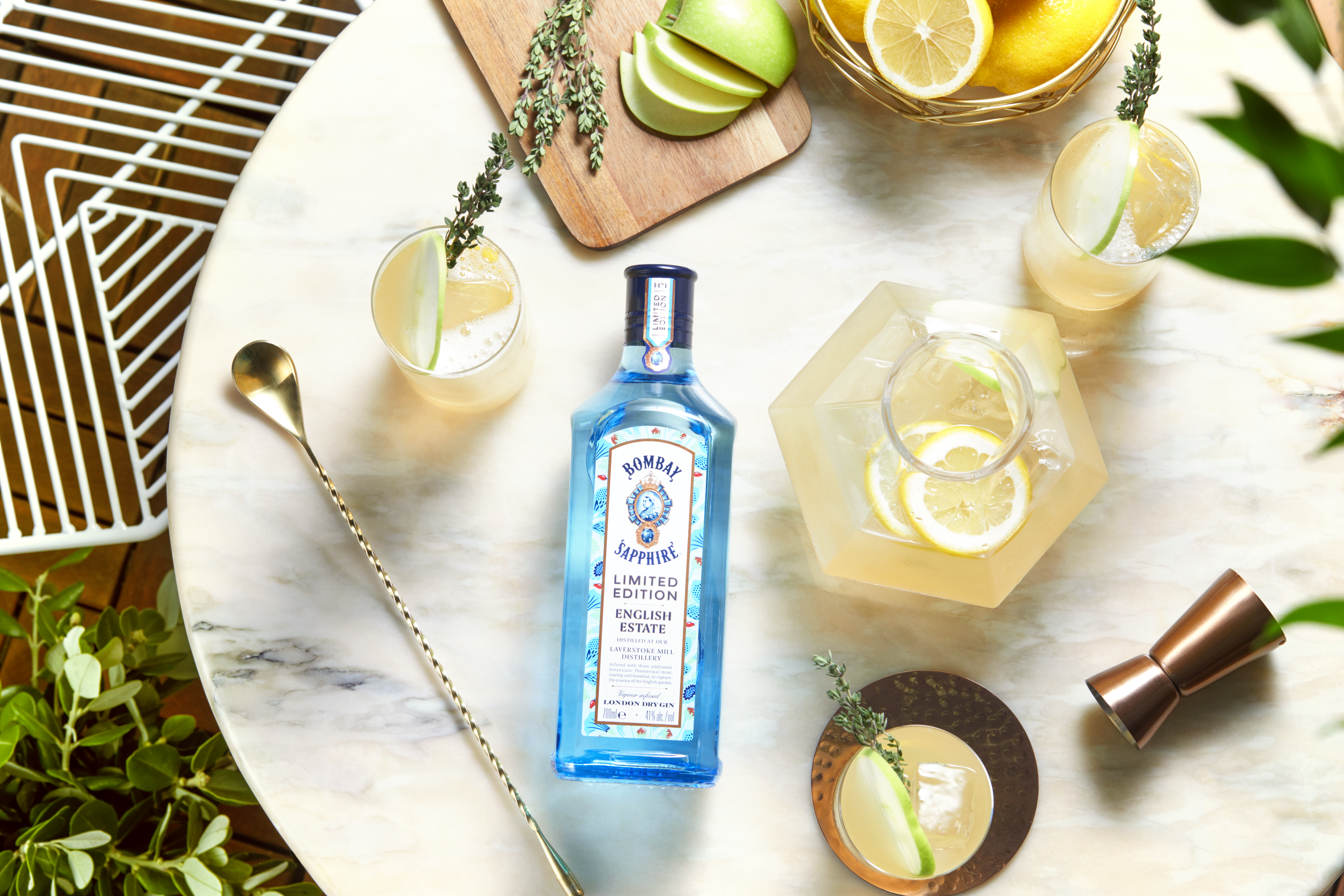 Permanence is reassuring, which is always welcome. Transience evokes other emotions: anticipation, excitement and a sense of urgency. These feelings are integral to a limited-edition release: here it is – but not for long; buy it now or live with regret. It’s a situation we face on a regular basis, as limited-edition gins keep appearing. And then disappearing.

Limited-editions span a range of concepts: one being the usual recipe but not the usual packaging, which provides designers with creative opportunities. Bombay Sapphire’s Swarovski edition for example, launched in 2009, utilised the eponymous crystals to add sparkle to the bottle. Design innovation is also part of the process when releasing a new recipe, but the focus is on the master distiller’s imagination.

“Limited-editions create variety and showcase the flexibility of the gin category, as regulations allow a range of styles. You can also capitalise on trends if they align with your brand profile. However, creativity should be mindful innovation and fit the gin model,” says Joanne Moore, master distiller, Quintessential Brands.

So, where are the parameters when developing a new recipe?

“Limited-editions enable us to push the boundaries beyond the signature house style, though our limited-editions have a similar flavour profile, which is very fresh and fragrant. We use botanicals such as juniper, coriander and angelica throughout the range to provide the base notes, and we tweak the flavour profile using other botanicals to form the top notes,” says Abbie Neilson, co-founder, Cooper King Distillery.

Joanne Moore takes a similar approach, “I always maintain a recognisable house style, though it can move in a certain direction. When creating Bloom Jasmine & Rose I kept the core of the Bloom recipe but changed the floral notes to jasmine and rose. It’s not a new brand, it’s a limited-edition line-extension.”

That’s the philosophy, and there’s no need to go far to harvest innovative botanicals.

“We drew inspiration from the hills and hedgerows surrounding our brand home, the Laverstoke Mill distillery in Hampshire, to create the new Bombay Sapphire Limited Edition English Estate, which uses three additional botanicals found in the English countryside to enhance the sense of summer refreshment in the gin. Toasted hazelnuts and pennyroyal mint, for example, invigorate the citrus notes, while rosehip enhances the mouthfeel. It’s really important to have a story behind the gin that can be proven, not just told and that is why we created a limited-edition gin of true English provenance,” says Adam Heims, global brand director, Bombay Sapphire.

It was a neighbour that provided inspiration for one of Copper Rivet’s limited-editions. Leeds Castle (which, despite the name, is nearby in Maidstone) celebrated its 900th anniversary in 2019, providing an ideal opportunity for recipe development.

“We went foraging on the Leeds Castle estate with the head gardener to see what we could use in a recipe, such as rose hips. It took one and a half months in the lab to understand how these botanicals behave during distillation. Leeds Castle gin has 16 botanicals, compared to nine in our Dockyard Gin, with rosehip for example adding complexity and balance,” says Abhi Banik, head distiller, Copper Rivet.

As recipe development is also key to the work of a chef, there is a natural rapport.

“We decided that collaborating with high-end chefs would challenge us the most in terms of developing new flavours, with Neil Bentinck of Skosh amongst the first. I used many botanicals I hadn’t used before, such as star anise and black cardamom, to create a gin that complements his Asian-inspired menu. When exploring a new botanical, I distil it separately, to study the characteristics it offers,” says Abbie Neilson.

The creativity required for recipe development takes its own course, while the practicalities of going into production with a new recipe can mean extensive timelines.

“New product development is typically one year in advance. First, we look at a particular flavour profile, work on a few samples and do a few distillation runs to finalise the recipe, then decide on the quantity to be produced, and we allow six months to fit it into the production schedule,” says Abhi Banik.

Limited-editions are all about numbers, particularly how many bottles in each release, with bottle number one having an appeal that exceeds every subsequent number. But a key statistic is how frequently a distillery launches a limited-edition.

“A lot of people discuss this; some say three to four new products a year, others say seven to eight a year is the maximum, though I don’t have a strategic number to release. NPD (New Product Development) is important and we talk a lot about our experiments, as this provides an insight which brings people closer to the brand,” says Alex Wolpert, founder, East London Liquor Company.

Dan Szor, founder, Cotswold Gin, adds, “The question is whether you release limited-editions seasonally, or on a rolling basis. This limits the number you can release, not more than a dozen in a year, and probably less. I like to show people we have a broad portfolio, and have things up our sleeve.”

Apart from marketing and commercial considerations, practicalities also influence the quantity of releases.

“It depends on the seasonality of the ingredients, how you use them, and the supply chain. I like creating limited-editions released at intervals, though there’s no right or wrong way of doing this. I think too much choice can make things more difficult for consumers,” says Joanne Moore.

Another important decision is when, and in fact whether to open the bottle, which is difficult, or even impossible for a collector.

“There’s definitely a collectors market for interesting releases, we bring out an annual Christmas special so there’s an opportunity to collect the set, particularly as we offer this in two bottle sizes, 20cl and 50cl, one to drink and one to keep,” says Matthew Russell, founder, Copper Rivet.

0 comments on “Behind the limited-edition”