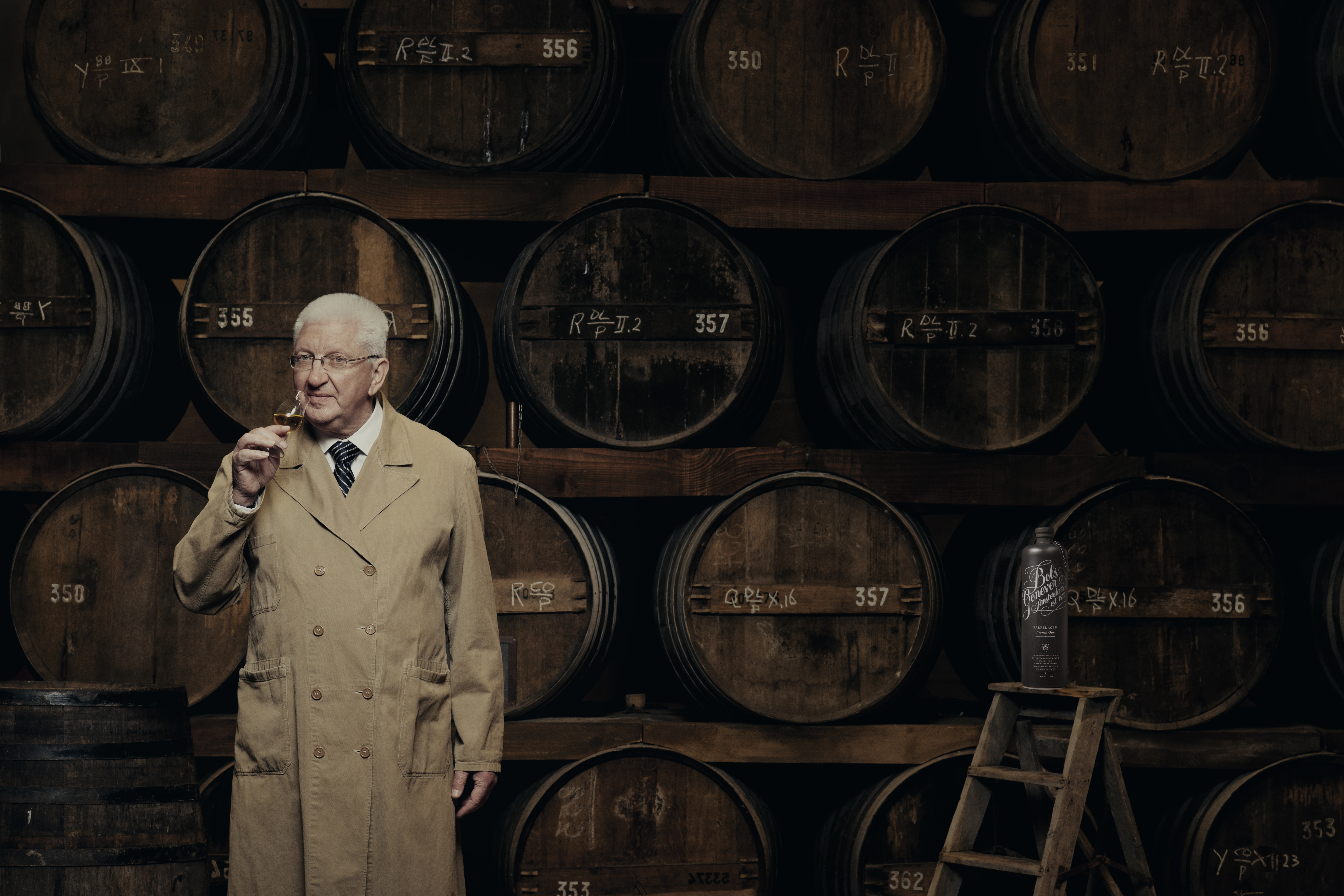 Piet van Leijenhorst, master distiller at Bols, tells us what he believes to be the heart and soul of proper genever

Piet van Leijenhorst fell in love with genever comparably late in life, at age 39, soon after starting his career at Bols, one of the oldest distilled spirit brands in the world. However, his love affair with genever has held steady – and even grown – for well over three decades. Van Leijenhorst, Bols’ master distiller, has made it his life’s mission to convince the world to embrace genever again. “It didn’t take long for genever to steal my heart, and I quickly realised how underappreciated the spirit was,” says Van Leijenhorst.

I join Van Leijenhorst in the Bols Distillery in the heart of Amsterdam, located in a narrow alley just a stone’s throw away from Dam Square, one of the main tourist attractions of the Dutch capital. When the small craft distillery opened, it had been 45 years since Bols last operated in Amsterdam – the city where the Bols family started distilling liqueurs in 1575 and first produced genever in 1664. Up until that point in time, Van Leijenhorst worked exclusively at the company’s facility in Zoetermeer, a city about 40 minutes south of Amsterdam.

It was in Zoetermeer where an éminence grise of the genever trade showed Van Leijenhorst to appreciate the historic spirit. Piet Bokma, at that point already retired, still came into the distillery every so often to safeguard the botanical mix for Bokma Jenever, his brand that was produced by Bols at the time. Van Leijenhorst recalls, “In the end, he entrusted me with that responsibility, which of course was an honour. It also showed me how many botanicals are used for genever and what requirements they need to meet. That alone instilled a respect for genever.”

The esteem that botanicals are held in has always been an important part of the Bols legacy. Lucas Bols, a third-generation family member and one of the most influential figures in the company’s history, was a major shareholder in the East India Trading Company, giving him priority on newly arrived botanicals from the Far East. “If a ship encountered bad weather conditions, herbs and spices might arrive covered in mould,” Van Leijenhorst explains. “When you read old recipes, you’ll notice that maybe only the third or fourth shipment of botanicals was approved by him. Even back in the 17th century we imposed a high level of quality control, which I love.”

Like with gin, botanicals play an important role in flavour creation for genever. But where gin is often made with neutral grain alcohol and relies solely on botanicals, the heart and soul of Bols Genever is its malt spirit, says Van Leijenhorst. Made from 50 per cent corn, 25 per cent wheat and 25 per cent rye, the grains are mashed separately to convert the starches into sugar before they are combined to ferment for five days. While most sugars are converted to alcohol after just three, Van Leijenhorst is convinced the extra two days are crucial. “In the latter stages of fermentation, extra flavour compounds are created, such as fruity esters and fatty acids, which help create a favourable mouthfeel.”

The malt spirit gives Bols its malty core and grain-forward flavour profile. Van Leijenhorst believes malt spirit is the foundation of any good genever and it is what distinguishes genever most from other spirits. “Of course, the botanicals have an impact too, but you should always be able to find that malty character in genever,” he explains. “There’s a reason why we only distil our malt spirit to 47 per cent. It might be easier to produce it with a higher alcohol content, especially if you use triple distillation like we do – but if you do that, you lose certain flavour compounds that are supposed to be there.”

To illustrate his point, Van Leijenhorst grabs a bottle of Bols Original Genever, which was introduced in 2008 and is based in large part on a recipe from the 1820s. This type of Bols Genever was first shipped to America in 1823 and played an important role in the emergence of the cocktail culture in the United States. Bols Original Genever has a malt spirit ratio of 60 per cent and is unaged.

“It is very malty and grain-forward,” Van Leijenhorst says, as he pours me a small amount. Indeed, especially the rye and wheat seem to have had a profound influence on the taste, while the juniper is subtle and very much plays a supporting role. Van Leijenhorst continues, “If you learn to drink this, then you’ll learn to appreciate genever. There’s a lot of variety in whisky, but let’s be honest, this shares a lot of DNA with whisky. Why do so many people drink whisky compared to genever? I am yet to find the answer to that.”

Next Van Leijenhorst treats me to a Bols 6 Years Old Corenwyn, a classification the Dutch sometimes use for genever with a malt spirit content of 51 per cent and over. It’s a personal favourite of his. The malt spirit ratio is just a tad lower than the Bols Original Genever, but the recipe is almost similar, except that this has aged for six years in French oak casks from the Limousin province, as well as in ex-Bourbon American oak casks. For a product that has spent a considerable amount in oak casks, it is surprisingly fresh and vibrant. There’s room for coriander and juniper, but also sweet vanilla and cereal husks. The balance between wood, grains and botanicals is sublime.

The Bols Original and the Bols Corenwyn give an insight into Van Leijenhorsts approach to genever. He is a genever purist at heart. Van Leijenhorst is a distiller, not a marketeer. He likes to drink most of his genevers neat without anything added. Only if he’s feeling fancy, he might mix one part Bols Original with two parts Bols Elderflower Liqueur and an ice cube, a combination he introduced me to and I will heartily recommend. “Thank God people have started to appreciate genever more in recent years,” he concludes. “I hope the trend continues. I love genever and I am convinced of its beauty. But that also might be because I make it. Genever is my baby.”

0 comments on “A Purist’s View on Genever”