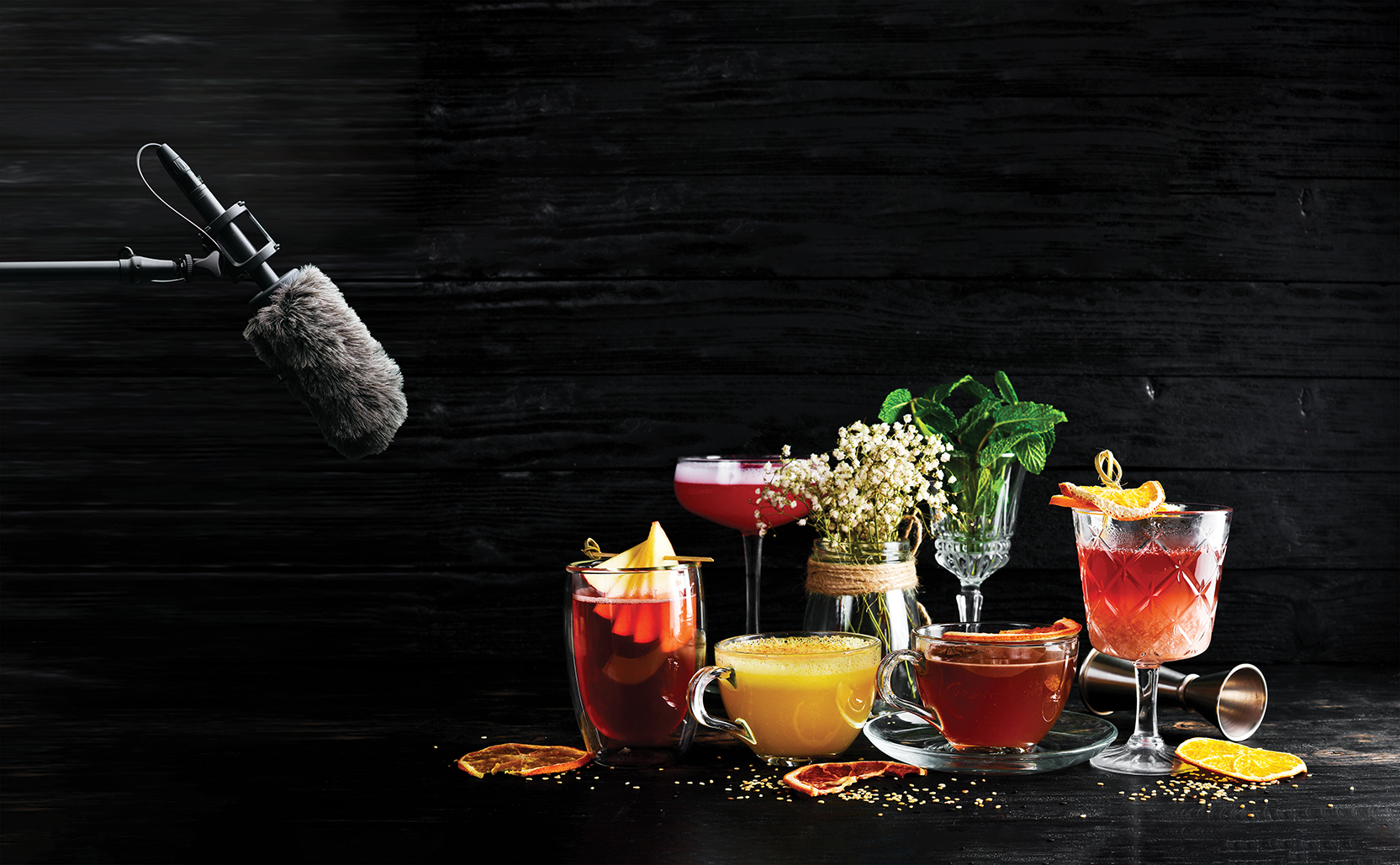 Bartenders share their cocktail recipes inspired by film and television

A majority of people around the world have probably been affected by a movie or television show. Films and TV laid a backdrop to our childhoods, are part of distinct memories, awaken us to the realities of others, or help us escape tough days. Here, three bar managers we love around the globe tell us about their favourite movies or shows and share their film-inspired recipes.

Barra Matilde Mi Amor is situated on an expansive rooftop in Guadalajara’s hip Colonia Americana, with an open-air space expanding onto a colourful patio. The bar and its delicious food are a bit cinematic in style. This is intentional, explains Abraham Israel Delgado Flores, head of bar and kitchen and Matilde partner alongside Steffin Oghene of El Tequileño Tequila.

“Matilde is primarily inspired by retro-vintage Mexican design. This is also where our bar gets its name. Matilde, with an ‘e’ at the end, was a common Mexican name in the 1970s. It also happens to be my mother’s middle name, which she doesn’t particularly like,” Flores says with a laugh.

Retro green and cream chairs surround the tables, while the bar is lined with blueish-green tile, blue banquettes and red lamps under a faux grass ceiling. The space feels like a party, with exquisitely balanced cocktails ranging from tiki-inspired sippers to a floral Tequila milk punch infused with guava and orange leaves and azahares, a “seven blossom” blend that includes passion flower, chamomile, rose and anise.

Like all of us, Abraham has his film favourites: “My favourite film genres are grindhouse, sci-fi, action and anime. My favourite directors are Quentin Tarantino and Robert Rodriguez. I’ve watched all of their films!”

But when it comes to his Eat Me, Drink Me milk punch, Flores explains, “Alice in Wonderland is a big influence in Matilde Mi Amor’s creative concept … This particular drink is our most theatrical cocktail, with limited daily availability because of the time it takes to prep and serve.”

Eat Me, Drink Me

Stir ingredients 1-6 in a container with a barspoon, then add citric and malic acid for the clarification process. Strain through a couple of layers of coffee filters. To make the cocktail, combine milk punch and London dry gin in a shaker and shake lightly. Serve in an Old Fashioned glass with a large ice cube and garnish with an orange twist.

Mix and rest for 24 hours. Strain and bottle.

Steep ginger in hot simple syrup for 30 minutes, then strain and bottle.

Entering Genever off LA’s busy streets, you find an oasis of chandeliers, velvet banquettes and soothing rose, gold and cream tones. An Art Deco wallpaper-lined alcove and wall art of a feather-covered woman recall the glamour of the 1920s. It feels romantic, seductive and relaxed.

The female-run bar was opened in 2018 in LA’s Historic Filipinotown neighbourhood by Roselma Samala, Christine Sumiller and Patricia Perez, aka Red Capiz Partners (RCP). The bar is gin-focused, featuring flights of gins from around the world, including rarities like the Filipino Ginebra San Miguel.

Beverage director Kellie “Kelso” Norris crafts cocktails featuring Filipino ingredients such as pandan, calamansi or bitter melon. She explains, “I love how seamlessly cultures and cuisines mix here. I’m from New York City, which is another melting pot, but LA is on another level, and the produce is unmatched. We strive to highlight local brands, and BIPOC [black, Indigenous and people of colour] and female-driven products, and are fortunate there are so many to choose from.”

Living in LA, one cannot help but be informed by entertainment. Kelso’s favorites? “So. Much. Comedy. I have a toddler who is obsessed with SpongeBob, so we watch a lot of cartoons in our house.”

Kelso says she took inspiration from the Coen Brothers’ cult classic The Big Lebowski for her cocktail The Dude in HiFi. “This is a riff on the White Russian and a love letter to the cultural melting pot of the Historic Filipino neighbourhood where our bar is located, highlighting a Filipino staple, lambanog, a spirit made from coconut nectar. I’m lactose intolerant but love milky drinks, and wanted to make something for those of us who avoid dairy.”

The Dude in HiFi

Add all ingredients to a cocktail tin with ice. Shake and strain over crushed ice. Top with a dusting of cocoa powder.

Blend the rice, around half the water and cinnamon sticks until roughly ground. Add remaining water and blend again. Allow to sit. Pour contents into a container with fitted lid and let sit at room temperature overnight or for at least eight hours. Fine strain into a pitcher and discard the rice. Stir in coffee liqueur, coconut milk, vanilla and cinnamon, then add sugar to taste. Store in fridge.

John Nugent at The Diplomat

Hailing from Seattle, Nugent has a love for film and TV. “Obviously, like everyone else, I have my guilty pleasure for those damn superhero movies,” he says. “But I do love a classic crime noir movie or TV show: True Detective, LA Confidential, Heat, and even some classics like Maltese Falcon. I have also started watching more Hong Kong cinema, specifically Wong Kar-wai. His movies are so melancholic, with deep meaning and incredible visuals.”

“The drink itself is inspired by a classic cocktail called the 20th Century,” he explains, “which is named after the famous train line from NYC to Chicago carrying actors, diplomats and other members of high society. We wanted to make an extrapolated version using some modern methods and Southeast Asian ingredients.”

Shake all ingredients together on ice and strain into cocktail glass.

Cut pandan leaves and place in a vacuum seal bag with gin. Seal, then sous vide (cook in a water bath) for four hours at 80ºC.

Separate orange juice into 250g and 500g. Add agar to the 250g of juice and heat up to hydrate the agar. Bring to a very light simmer. Add remaining juice very slowly. Once all is added, let simmer for two to three minutes. Set the batch in its container in an ice bath – the mixture will start to curdle. Once curdled, strain through a muslin or cheesecloth.

Add all spices to a pan and toast for 30 seconds. Add sugar and water, then reduce slightly. Strain and refrigerate.

0 comments on “From The Big Lebowski to Alice in Wonderland: cocktails inspired by film”