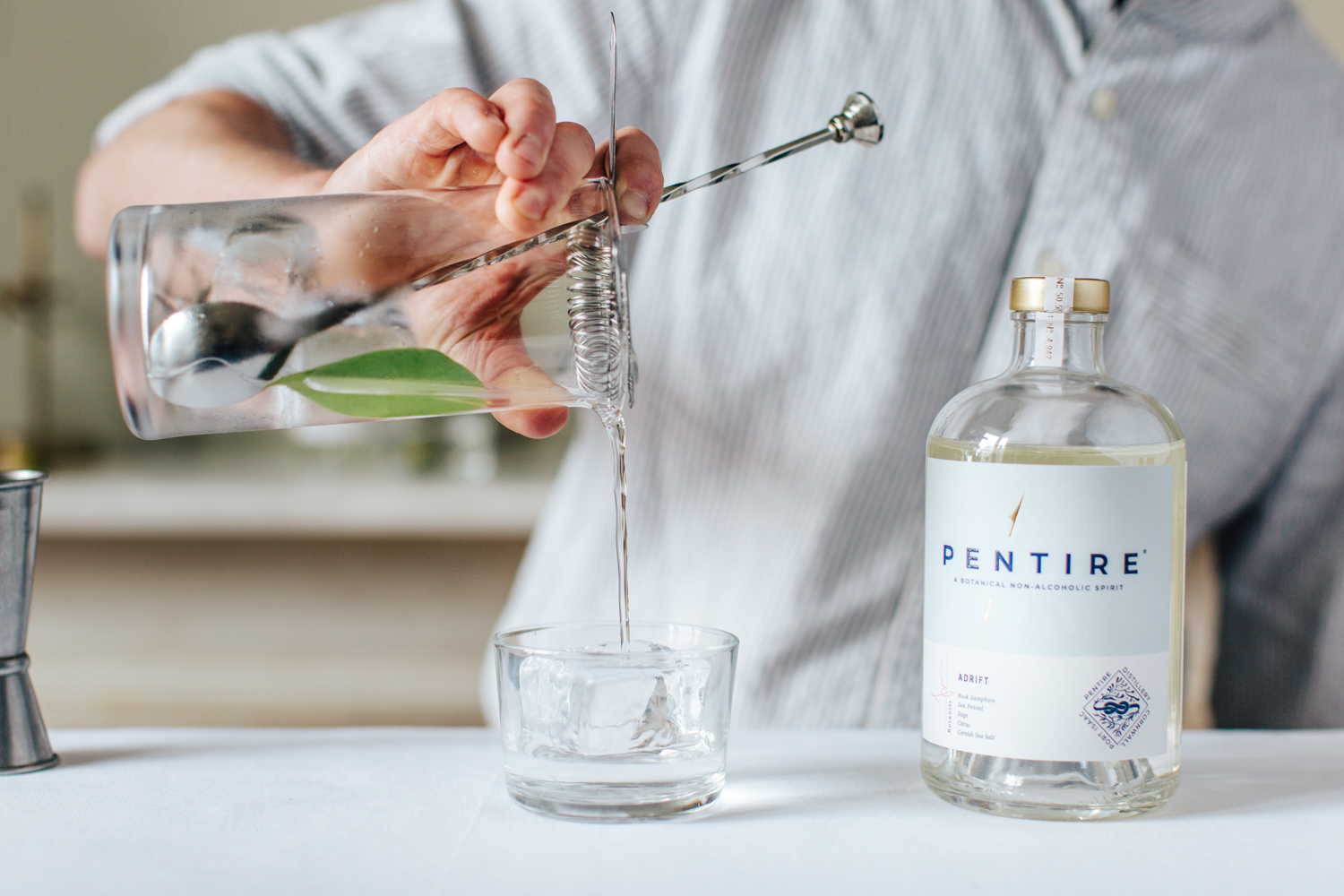 After the excesses of the festive season, many of us feel like we need a break from indulgence. For some, that means partaking in Dry January and taking a month’s break from alcohol. However, this does not mean a month confined to sugary sodas. The market for non-alcoholic and low-ABV spirit alternatives is now bigger than ever, with dedicated companies and big-name gin brands releasing their own options.

Gin brands have really stepped up to the plate, from Tanqueray, Warner’s and Gordon’s releasing 0% ABV products, to distillers such as Hayman’s and Portobello Road that have had low-ABV alternatives on the market for a while (in Small Gin and Temperance respectively). But if you’re getting “sober-curious”, we’re rounded up a few brands around the world to explore.

Southern California-based Monday Spirits was, like a lot of other non-alcoholic drinks brands, devised in response to a shift in modern drinking habits. Monday Gin is created with botanicals including juniper and citrus fruits, while Monday Whiskey is aged in new oak barrels for woody spicy and sweetness. The glamorous 1920s-inspired labels give an impression of decadence and indulgence, and Monday encourages drinkers to treat its products “like your favourite premium spirit”.

Founded in Australia in 2019, Lyre’s Spirits Co is on a mission to change how the world drinks. Its range of non-alcoholic spirits covers a range of tastes, with alternatives to gin (Dry London Spirit and Pink London Spirit), whisk(e)y (American Malt) and rum (White Cane Spirit). There are also products to mimic lower-ABV drinks such as vermouth (Aperitif Rosso), triple sec (Orange Sec) and Prosecco (Classico Grande), so you can make alcohol-free versions of your favourite cocktails. Lyre’s is actually the ‘Official Spirit of Dry January’, after signing a three-year deal with the campaign’s organiser Alcohol Change UK in 2021.

The idea for this Mediterranean-inspired non-alcoholic spirit came from a hangover – or, more precisely, the desire to avoid another one. Juniperl is designed to mimic a classic gin: it’s created using a juniper distillate, with supporting notes of rosemary, grapefruit and spices, and its recommended serve is with tonic.

This non-alcoholic botanical spirit brand is inspired by and designed to celebrate Pentire’s coastal homeland, near Padstow in north Cornwall. The botanical bill for its flagship Adrift packs a herbaceous punch: there are some native Cornish plants in there, along with rock samphire, sage, sea salt and citrus. Its second spirit, Seaward, is described as “zesty and verdant” and is made with native plants including sea rosemary, woodruff and sea buckthorn. Pentire has devised a number of serves for its spirits including a simple drink with tonic, a Spritz with soda water, and takes on classics such as the Martini, Gimlet and Americano.

Inspired by the Cederberg Mountains in South Africa’s Western Cape, Ceder’s non-alcoholic spirits offer a taste of exotic botanicals alongside classic gin flavours such as juniper and coriander. Founder-owners Craig and Amanda make use of ingredients including rooibos, chamomile, cloves and hibiscus in their range, which includes Classic, Crisp, Wild and Pink Rose expressions. Suggested serves range from a mix with tonic water to enticing mocktails devised by the Ceder’s team.

Devon-based Salcombe Distilling Co. now has three non-alcoholic spirits in its New London Light range. First Light, distilled with juniper, ginger, habanero, orange and sage, hit shelves in 2020. It was followed this autumn by Aegean Sky, which captures Mediterranean flavours of citrus fruits and olive, and the Nordic-inspired Midnight Sun with flavours of coastal berries, pine and kelp.

This UK-based non-alcoholic drinks company bases its recipes on the research and knowledge of bartenders and plant scientists. With its drinks – the Livener, the powerfully flavoured Social Elixir, and the slow-sipping Nightcap – Three Spirit runs the gamut of occasions which may be supplemented by an alcoholic drink and provides a plant-based, gluten free and sustainably packaged alternative.

Caleño was founded by British drinks entrepreneur Ellie Webb to bring some of the vibrancy of her Colombian heritage to the non-alcoholic drinks market. The company has two products: Light & Zesty, which is styled on a gin and designed to be enjoyed with tonic, and the rum-influenced Dark & Spicy, which is a great match for ginger ale and lime. Both are available in UK supermarkets.

The Duchess came into being after its founder, Johannes Le Roux, toured Europe in search of new innovations in alcohol – only to discover that non-alcoholic was the biggest trend going. Focused on ready-to-drink beverages, the South African brand’s range comprises Botanical, Floral and Greenery G&Ts as well as Elderflower White and Berry Rosé wine spritzers. The G&Ts are made with classic gin botanicals including juniper, orange, cardamom, clove and star anise.

Launched by Made In Chelsea star Spencer Matthews in 2020, CleanCo started with the 1.2% ABV CleanGin. Since then, the company has expanded its range and altered its recipes to reduce the alcohol content of its spirits. Drinkers can now choose from Clean G, Clean V and Clean T (styled on gin, vodka and Tequila respectively), all of which come in at 0.5% ABV.

Designed by the distilling minds at England’s Conker Spirits, Bowser Leaf markets itself as “the best reason not to drink”. The non-alcoholic spirit made by distilling five botanicals – mint, tarragon, patchouli, thyme and basil – in spring water, giving it a heady herbaceous bouquet and a rounded, drying finish. The production process (copper pot still distillation) is the same as that used for Conker’s craft spirits, bringing Bowser about as close to a “real” gin as you can get.