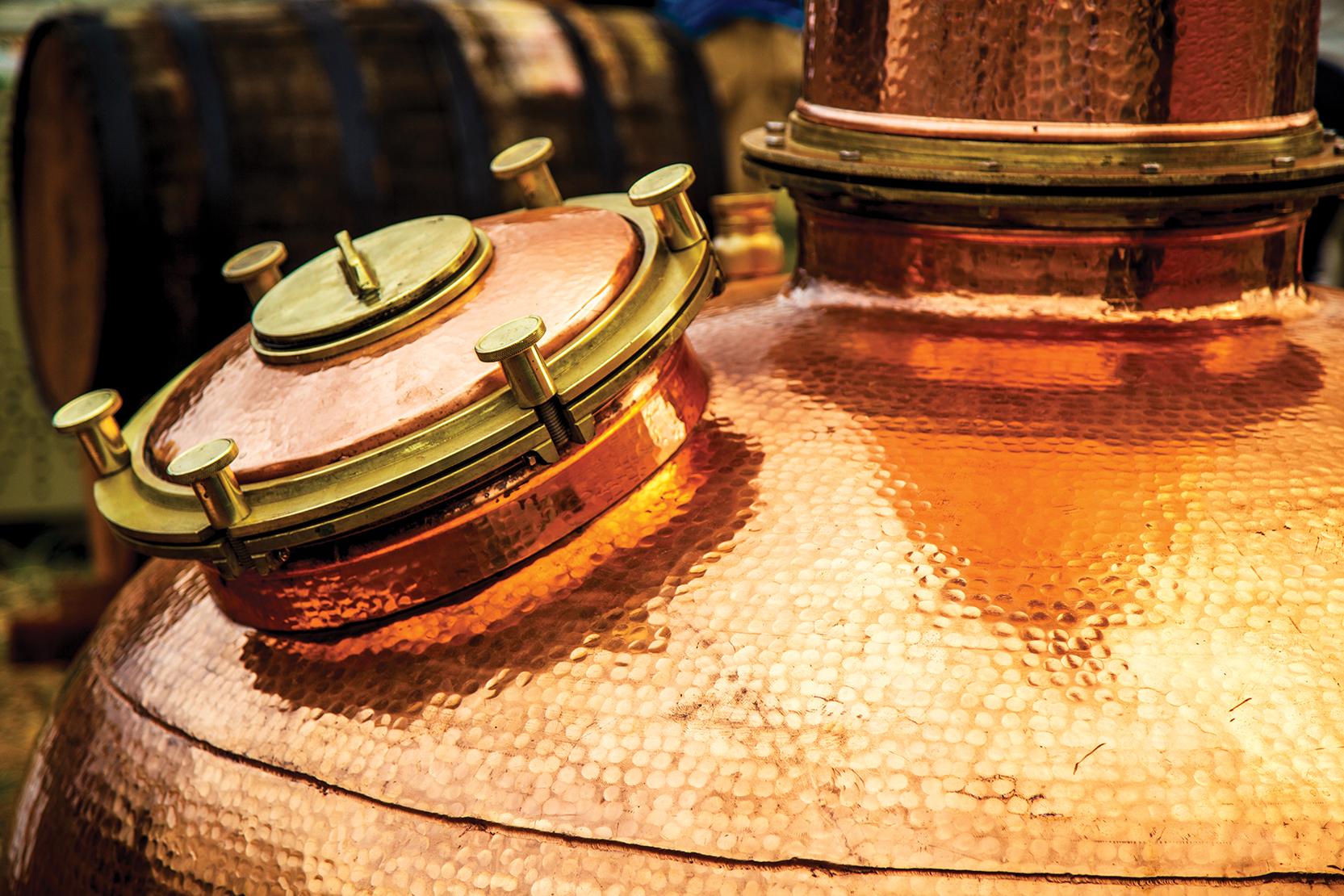 I do what I can to help make the world a more beautiful and sustainable place: wasting less, recycling more, sustainable shopping (vintage clothes, antique furniture), and I toast this lifestyle by drinking organic. Knowing a gin has organic status endows it with a particular appeal, guaranteed by a higher authority. There are eight approved control bodies that certify organic status, including the Soil Association and Organic Food Federation, with equivalents in many other countries.

“SMAK means ‘taste’ in English, and is one of several organic accreditation bodies in Sweden,” says Jon Hillgren, founder of Hernö Gin. “SMAK is here a couple of times a year looking at our records, shipping and purchase documents, and awards organic certification on an annual basis. The SMAK certificate covers everything, including botanicals and production methods.”

Organic production incorporates a philosophy that resonates with many of us, but an organic gin also has to fulfil a universal requirement.

“Being organic and sustainable are our core values, though I don’t want to sell Hernö on the basis of being organic, but as a great gin that is also organic. Organic is not a unique selling point, it’s written in small letters on the label,” says Jon Hillgren.

Everything begins with neutral spirit typically distilled from grain, which highlights farmers. However, anyone wishing to convert non-organic fields into organic needs to wait at least two years, while the yield of organic grain per acre is lower than non-organic, which increases costs.

But the number of farmers collecting an organic harvest is currently way ahead of producers offering organic GNS (grain neutral spirit).

“At the end of the 1990s there was one distributor in Central Europe providing certified organic spirit from certified grain; now there are several. The usual options are wheat and rye spirit, which are around four times the price of non-organic spirit,” explains Charles Maxwell, master distiller at Thames Distillers. Higher prices stem from the price premium that applies to organic grain, which also yields less alcohol compared to the same quantity of non-organic grain.

Shopping for botanicals typically means ordering from more than one supplier, a practicality that works to safeguard a consistent supply.

“We use three to four suppliers to provide eight to nine botanicals certified in their country of origin. We don’t buy anything directly from growers so we need certificates from them, and the long supply chain can result in many certificates. Supplies of a particular botanical can get tight, but organic botanicals are available across the globe and most countries work to the same standards,” says Jon Hillgren.

Various botanicals are readily available in an organic version, thanks to dynamic growth in the culinary use of organic herbs and spices. But there is a snag for gin distillers.

“The four botanicals most in demand by distillers – juniper, angelica, orris root and coriander – are harder to source as there is less demand for culinary use,” explains Jim Long, managing director at Starspice Ingredients. “This means planning ahead to maintain stocks. We have a dedicated organic storage area, within an appointed warehouse that carries accreditation from an approving authority. Storage has to be approved by an in-person audit.”

There is only one botanical that must feature in every recipe, and that is juniper, with the price of organic and non-organic juniper a revealing comparison.

“Certified organic juniper is 10-30 per cent more expensive, though by definition all juniper could be organic as it’s gathered rather than cultivated. Vast tracts of land could be organic but haven’t been certified. This also means that a supplier needs an organic authority to certify the juniper,” says Jim Long.

Coriander, which is typically every distiller’s second choice of botanical, is a very different price proposition to juniper.

Coriander’s contribution to a gin includes some citrus nuances, which supplement all the notes that will come directly from the citrus botanicals.

“Organic lemons are not beautiful compared to non-organic lemons, as they have thicker peel, but this can also mean higher levels of essential oils, and more intense flavours. Our lemons are Spanish, and we only use fresh peel,” says Jon Hillgren.

An essential question is whether organic spirit and botanicals behave differently from their non-organic counterparts during the production process. A distiller who produces organic and non-organic gin can provide an answer. First, the GNS.

And then there’s the question of adding botanicals into the mix.

“We don’t notice any differences in behaviour when distilling organic or non-organic products; the timings are the same, only the resulting flavour differs. Our tasting panel also picks up differences between the same recipe of organic and non-organic botanicals,” says Charles Maxwell.

The differences between organic and non-organic raise an inevitable question: is the result better or worse? Judging this subjectively, on the basis of personal preference, is straightforward: taste and decide. There are of course plenty of rewarding gins which aren’t organic.

But to be truly objective we need two versions of the same gin, using GNS produced from the equivalent organic and non-organic grain from neighbouring fields, in conjunction with organic and non-organic botanicals which experienced the same terroir, and distilled using the same equipment and production regime. So far this hasn’t happened. Nor will it. It’s not possible to run such a controlled experiment. But that’s no reason not to believe in organic.

0 comments on “Organic gin production: the pros and cons”