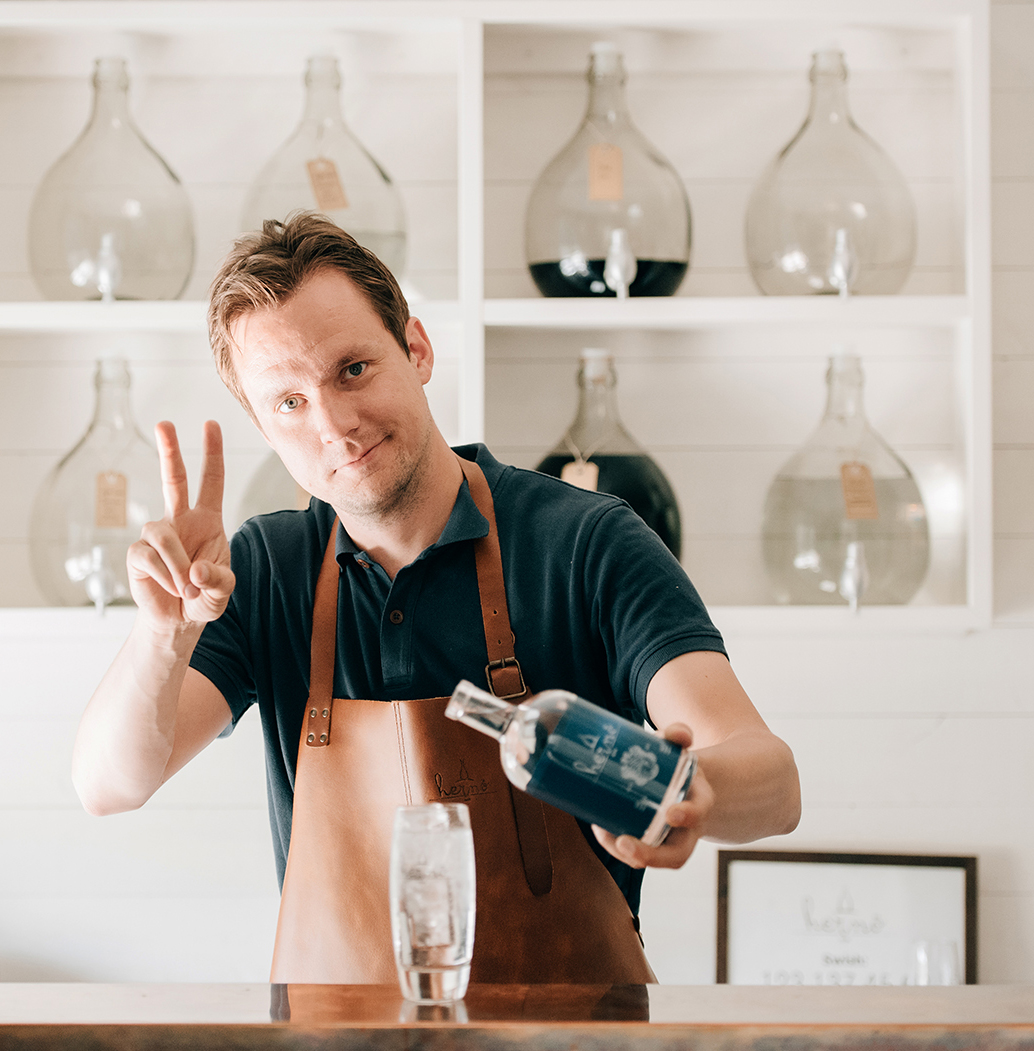 Meet the man behind some of the world’s best gins

Jon Hillgren is the founder of the multi-award-winning Hernö Gin from Sweden and is a recent inductee into Gin Magazine’s Hall of Fame. We caught up with him for a quick chat.

What are the challenges of making gin in Sweden?

I would say logistics is the most challenging part. In the climate we have, getting stock in and gin out when we have two metres of snow in February is a challenge that demands a lot of planning, as well as helping trailers that have gone off of the road due to the harsh conditions.

You started distilling in 2012; how has the world of gin distilling changed since then?

Well, at that time gin was starting to boom. Even though it was only six or seven years ago, a lot has happened since then. I presume there are at least 500 new gins on the market since then.

But the interest in gin is also booming, which is good and new craft distillers help this going forward.

What would the Jon Hillgren of the past say to you today?

“Did you know there is a difference between  gins? They do not all taste like ‘gin’.” – Jon (19 years old, in London)

If you could give one word of advice to yourself back before you started distilling, what would it be?

You can never build too large… And of course, I have picked up a few things when it comes to marketing and sales, etc., but that has added to the fun.

How do people drink gin in Sweden?

People mainly drink the G&T at home. However, the Swedish bar scene does have a diverse range of gins and gin cocktails, including the gin classics such as the Negroni and Dry Martini. etc. There are also a lot of new creations out there.

In your six/seven years of distilling, what has been your proudest moment?

Being inducted to the Gin Hall of Fame during 2019 is by far the proudest moment in my gin making career. I bet it will be very difficult to match in the future. I am, of course, also very honoured to have been awarded International Gin Producer of the Year twice by the IWSC and World’s Best Gin two years in a row by the World Gin Awards.

What’s your recipe for a Gin & Tonic?

What’s a recipe for another gin cocktail that you enjoy?

Right now, I am very much into the Negroni.

Pour Hernö Juniper Cask Gin, sweet vermouth and Campari into a stirring glass. Stir and then strain the cocktail into an Old Fashioned glass filled with ice. Garnish with an orange zest.

Right now I’m really enjoying sparkling wine and I try to follow the English developments there. I am also hoping that craft cider will boom in Sweden soon and not just the sweet ones that we export to the UK.

What other gins do you admire?

Ohh, there are many. I admire both the craft of and the gins made by Four Pillars. They are role models for craft distillers with ambition. In the UK and Northern Ireland, of course, we have Tom from Warner’s Distillery and David & Fiona at Shortcross Distillery. All of them are lifting the entire gin category and crafting delicious gins.