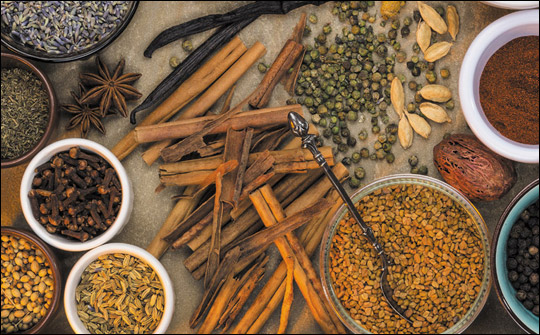 The rise and fall of gin and its very royal connections

Her Majesty Queen Elizabeth II is one of 29 monarchs reigning today. Since the United
Kingdom’s first monarch, Queen Anne took to the throne in 1707, our country’s history has been shaped and influenced by its figurehead. Whilst our modern day royal family may not have the same level of political power as their ancestors, their portrayal and role in society still inspire many.

‘Kings and Queens’ are one of the first historical topics children learn about. Our
fascination with the wealthy and our desire to emulate their lifestyle has stretched across generations. Art, fashion and food have all created and responded to trends
within the royal family.

Opulence, luxury and finesse are all qualities eagerly sought after as an escape
from everyday life. If a monarch happens to accompany these with extravagance
and greed, they’re even more likely to be remembered.

Tradesmen and suppliers to the sovereign have been recognised for their expertise
and quality since the Middle Ages. Royal charters preceded the modern royal warrant
with Henry II granting the first accolade to the Weaver’s Company in 1155. One of
the first royal warrants was issued in 1476 to England’s first printer, William Caxton.
For a commodity or producer to gain this prestigious seal of approval, they must
have regularly supplied the royal household continuously for at least five years.

There are only two specific gin companies who are currently awarded royal warrants.
Her Majesty The Queen bestowed one to Tanqueray Gordon and Company whilst His Royal Highness The Prince of Wales recognised London and Scottish International who produce Juniper Green Organic Gin amongst other products. Several wine and spirits merchants also hold royal warrants, including Berry Bros & Rudd and Corney & Barrow.

One manner of interpreting the list of royal warrant holders is to analyse the trends which have passed through the royal household over the decades. Other drinks producers proudly retain the right to declare ‘By appointment to…’ on their labels. Nine Champagne houses are recognised. Angostura, Bacardi-Martini and Schweppes Holdings
all hold this honour. Taken individually, each product is appreciated for its own quality and merits, but when we consider them together we can begin to build a picture of the royal household’s cocktail cabinet and start to imagine the endless drink possibilities.

Pink Gin, Martinis and French 75s all have well-documented glamorous histories. Tonic water was brought to life through the royal navy. The sovereign’s relationship with their country’s armed forces has shaped the course of history from time immemorial. Regarding gin’s botanicals, we have the monarchy to thank for access to such ingredients. The spice route was open to the United Kingdom due to our colonial empire. Whilst not all aspects of historical trade were positive, the introduction and availability of exotic herbs and spices has defined our country. This is true today, now more than ever. In the jostling gin category, many producers are turning their sights back along these trade routes, sourcing far flung botanicals as a point of difference or as a new experience for the consumer. Without the guidance of the royal family and their ancestor’s diplomatic decisions, these options simply would not exist.

Gin followed the spice route round the world, adopting new flavours at each port. Spice was a luxury commodity. The sugar used to sweeten and mask negative flavours in the early 1700s had only recently become readily and cheaply available to the masses. Saffron, grains of paradise and fresh citrus were flavours previously unknown to our ancestors’ palates. The price was high. Even today it costs between £2.00 – £4.00 for a mere 0.4g of the saffron. That’s £500.00 – £1000.00 for 100g. The three most expensive spices are still saffron, vanilla and cardamom – common gin botanicals. Rare, expensive ingredients and products attract the attention of the wealthy. As is the case with most trends, they begin at the top. It is feasible for any product to become a status symbol if someone is willing to pay enough for it.

The excitement and exclusivity surrounding these new flavours and experiences ensured that spices and exotic fruit were reserved for the upper classes. The lower classes were eager to taste the products that their superiors were enjoying, but they would have to wait until trade developed and the cost of importing goods reduced.

The accession of William III (of Orange) to the English throne in 1689 is well-known and often described in relation to gin. Whilst the United Kingdom had already experienced the taste of ‘gin’, it was at this point that production began in earnest. The levies on taxes made gin available to everyone, leading to the 1700s ‘gin-craze’ as we all know. Gin blurred the boundaries between class.

Before the gin-craze, gin was reserved for the aristocracy. Once gin became available to everyone, it was no longer desirable to those at the top. It is no surprise that it was the upper and middle classes who protested so strongly against the gin-craze.

A new trend found its form in the evolution of London Dry gin. This unsweetened style required a sophistication of palate after the intensely sweet, syrupy mass-produced and adulterated gins of yesteryear. The dry gin also showcased the expensive botanicals better.

Whilst only two gin companies out of the hundreds currently commercially producing have gained royal warrants, our contemporary royal family have been known to partake in a tipple. Her Majesty Queen Elizabeth The Queen Mother was a huge fan of gin. She preferred it to be served in a ‘Gin and It’ cocktail and enjoyed a glass immediately before lunch. The ‘It’ refers to Italian vermouth – usually a sweeter or rosso style. Her Majesty requested her drink be made one part gin to two parts vermouth over ice, garnished with a slice of lemon which had its pips removed. It is reassuring to know that she appreciated her drink enough to ensure the correct measures were adhered to. After all, if you’re royalty, you should expect nothing less than a perfect cocktail.

The current popularity of gin and tonics have unfortunately relegated the ‘Gin and It’ to the back bar. It is a drink well worth reviving. Fortunately, Her Majesty The Queen continues her mother’s legacy and reportedly frequently enjoys this cocktail. There are many other stories linking Her Majesty Queen Elizabeth The Queen Mother to gin. Many of which are no doubt fabricated, many of which we simply wish to be true. ‘(She instructed) her dressers to hide bottles of gin in her hatboxes when she travelled so she could get in a little nip when needed.’ Anecdotes like these serve to endear the royal family in the public’s hearts, reinforcing their stature within society whilst highlighting a down-to-earth, ‘human’ aspect which everyone can relate to. Her Majesty Queen Elizabeth The Queen Mother was well-loved and held in high respect – perhaps her love of gin contributed to her reaching the impressive age of 101.

Gin production and popularity in the United Kingdom continue to thrive and expand at an ever-increasing rate. Hundreds of brands are all vying for attention and competing to influence the same demographic. The production costs of making gin are relatively low compared to other wines and spirits. This allows a wide scope for marketing to hold sway. It is not possible to justifiably state that a more expensive gin is of a higher quality. Therefore, the royal family today will not simply be buying the highest priced products as a symbol of wealth and status. If you were royalty for a day, which gin brand would you choose to serve?

Our modern-day gin-craze reflects that of the Victorian era. The streets of London may not be littered with gin-soaked bodies and abandoned children, but gin’s popularity and availability are on a par. Never have we had so much choice.

Leading on from the Gin Acts of the 1700s, legislation has developed to protect the safety of spirit production, enabling us to enjoy our gin without the risk of going blind or worse. Technology has progressed exponentially, creating new methods of production and introducing a host of flavour profiles previously unattainable. Travel has opened the world for quick and efficient trade, transporting both the botanicals and ourselves. Our palates have tasted fruits and spices our ancestors wouldn’t have dreamt of. All of this has occurred with the royal family remaining steadfast at the head of our country, steering us through these exciting developments.

The royal family’s political power may have dwindled, but its influence has not. The increased gap between the royal family and the government may even have served to highlight royalty’s role within society. The position of respect the royal family holds across the country means that we will always be more interested in the drinks served at Buckingham Palace as opposed to those served at Downing Street or Westminster.

The royal family emblemises our nation’s history. A history which includes not one, but two gin crazes.

0 comments on “Fit for a King or Queen”