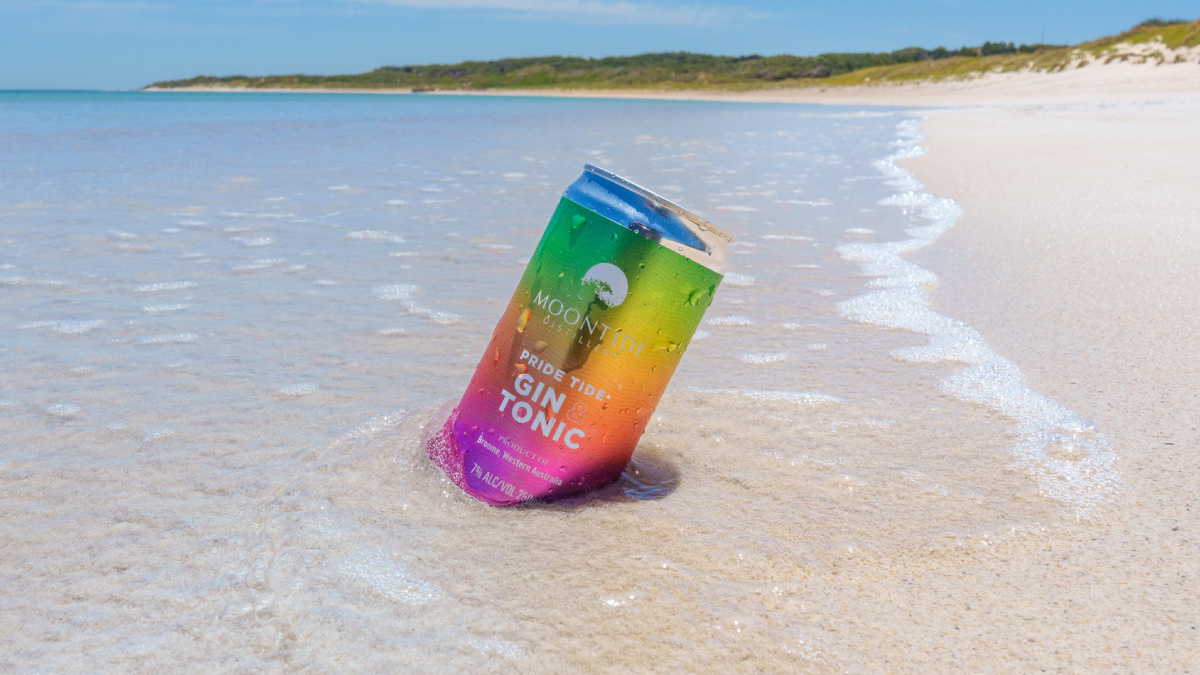 After a year of trials perfecting composition and taste, Moontide Distillery has announced that Pride Tide Gin & Tonic is now available as ready-to-drink, party-on-the-go cans.

Pride Tide Gin was initially created to commemorate Broome Pride, an organisation which was created to produce community events promoting inclusion for the LGBTQIA+ community.

The gin’s popularity continued to grow and became a stable in Moontide’s gin range. With concerns that the 700ml bottle made it too awkward to carry-on-the-go, the can has been created to allow consumers to take to events wherever they go.

The can is 250ml and is designed with a rainbow-hued label, which will launch to celebrate Sydney World Pride. The brand worked with Kween Kong, from RuPaul’s Drag Race Down Under 2022, to be one of the faces of the gin-to-go.

Pride Tide Gin is described as having notes of pineapple, coconut and passionfruit on the palate, and is recommended either straight up from the chilled can, or poured over ice with a slice of lime or pineapple.

Speaking on its Pride Tin gin, Moontide’s Trish Davidson said: “We have been proud supporters of Broome Pride Inc. since our first year of operation. Part proceeds of every bottle and can of Pride Tide Gin goes directly to this local Broome not-for-profit that supports LGBTQIA+ individuals in the Kimberley region by facilitating Broome’s Mardi Gras Festival and other community events.”

Pride Tide Gin & Tonic cans will be available online from 11 February at Moontide Distillery and selected shops across Australia.