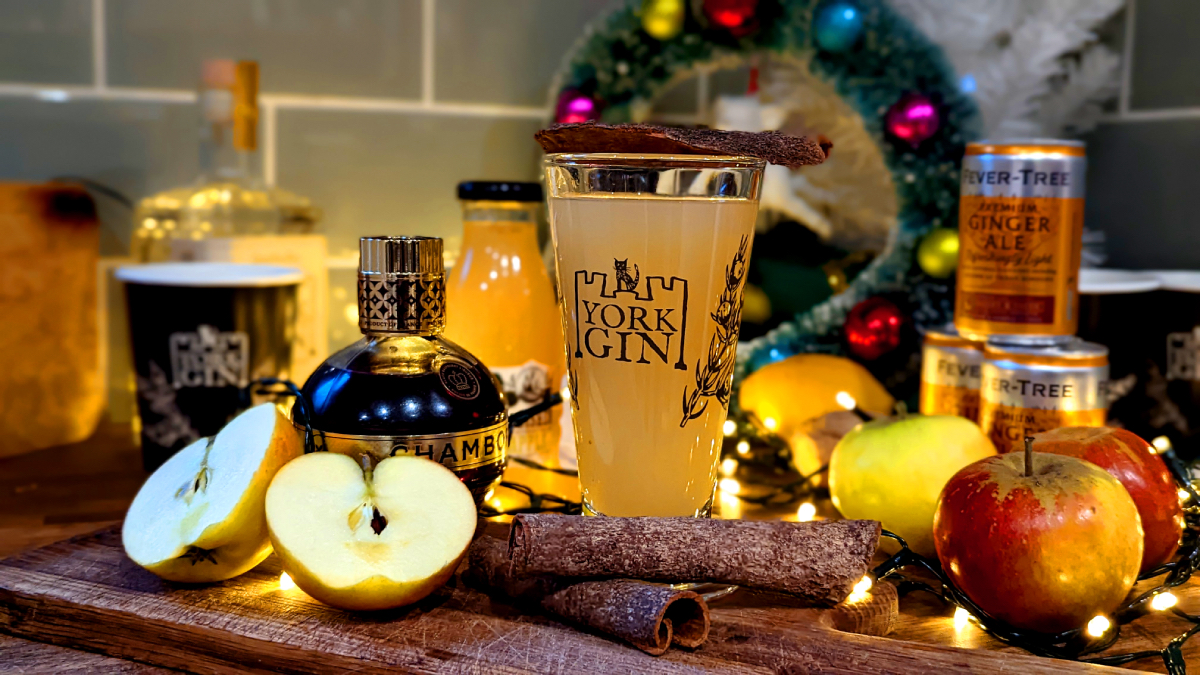 Said to be the traditional taste of Christmas, York Gin’s Spiced Apple uses a variety of botanicals including cinnamon, cloves and ginger as well as Glory of York Ribston Pippin apples.

The gin is said to be inspired by the mulled drinks drunk during the festive season in past centuries, otherwise known as wassail. The release is the latest to fit the company’s motto of “History in the Tasting,” which sees York Gin typically provide expressions which hearken back to days gone by and the flavours of history.

Emma Godivala, York Gin’s co-founder, commented: “This gin is so evocative of centuries of Christmases past. The cinnamon, cloves and ginger are an intrinsic part of mulled drinks, enjoyed for centuries at Christmas. Apples were traditionally part of wassail – as well as being the precursors to the modern bauble.

“York is one of the UK’s Christmassy cities – the St Nick’s Market was ranked in the top five Christmas markets in the world this year. So we love the festive season in York. And the city is packed with people enjoying the atmosphere – many of them walking around with a mulled wine or mulled gin in hand. The brand new flavour joins York Gin Chocolate & Orange as a second festive gin. The Terrys’s Chocolate Orange was invented in York and made here for decades.  So that has a great historic story too.”

Now available to pre-order at York Gin’s website, a 70cl bottle is available at the price of £39. Once general sale begins on 6 December, the gin will be priced up to £42, adding extra incentive to buy during its pre-order run.