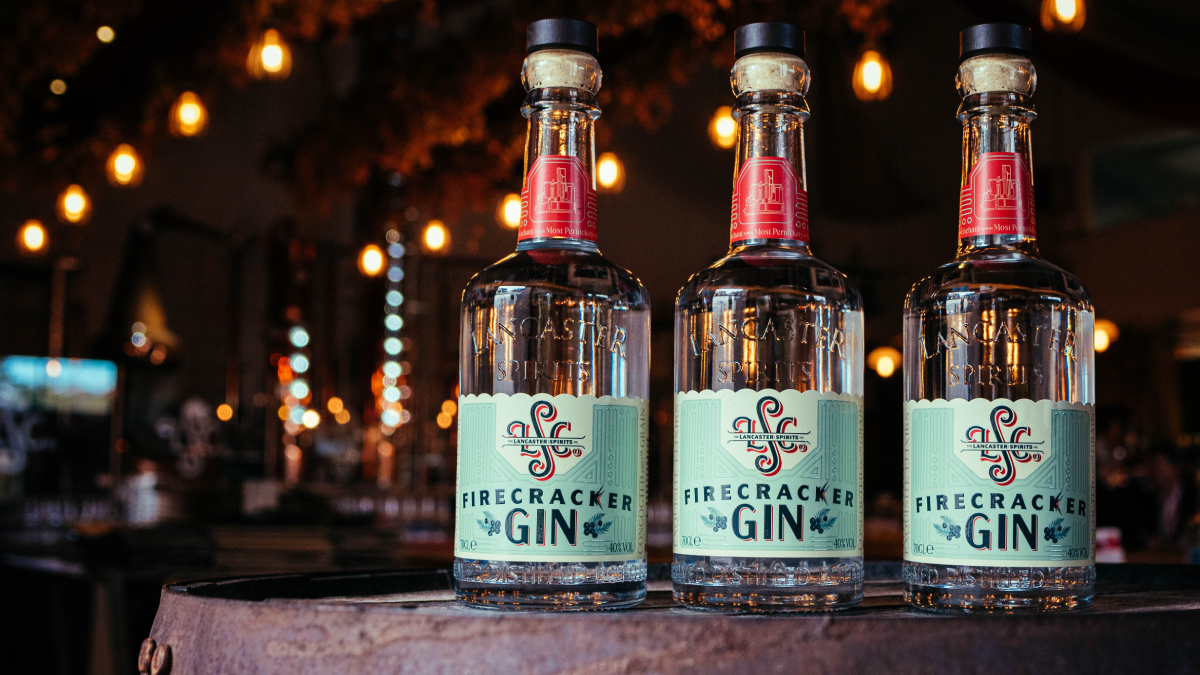 Bottled at 40% ABV, Firecracker Gin expresses the profile of 17 botanicals, sourced across four different continents. The producer has described the expression as having bold, earthy notes of evergreen, a zing of citrus, spices and freshly sawn timber.

The grain to grass. Distillery is said to have used its decades of brewing and distilling experience to produce the small batch gin.

The bottle itself is inspired by a beer bottle from the 19th century Lancaster based brewery, with the distillery’s name etched onto the front. A minimum of five weeks of work was required to produce a single drop of the spirit.

As well as their debut gin, Lancaster Spirits has also released its first Vodka expression.

Phil Simpson, MD of The Lancaster Spirits Company said: ‘’We’ve taken our time to get our spirits right. Eighteen months of recipe tweaks, plant investment, trials and blind tastings to create a gin and a vodka that exceed our stringent quality standards. Every ingredient has been chosen with balance and harmony in mind. We are sure our customers will appreciate the great lengths we’ve gone to ensure the unique provenance of every element of the spirits we craft.’’

Firecracker Gin is available to purchase online at Lancaster Spirits’ website, as well as through outlets associated with Lancaster Brewery. It’s priced at £34 for a 700ml bottle, and £27 for a 500ml bottle.