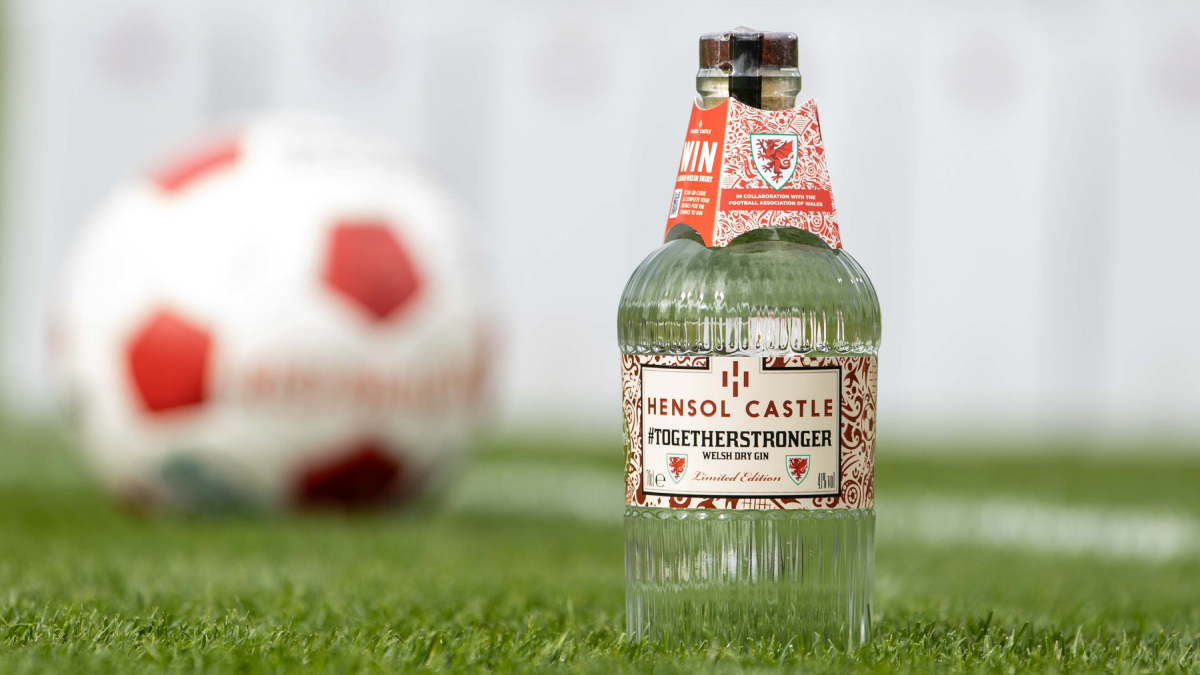 An official limited edition Wales football gin, #TogetherStronger, has been created to celebrate the participation of the Welsh football team at this year’s World Cup in Qatar.

The release celebrates the first time for 64 years that Wales have reached the tournament, with their last participation at the 1958 edition in Sweden, where they were knocked out in the quarter finals.

The gin has been created by Hensol Castle Distillery in collaboration with the Football Association of Wales (FAW), with the title of the expression coming from the national team’s mantra. The gin is created using both Welsh water and Welsh botanicals.

Sales and marketing director at the distillery Paul Beddoe, commented: “We are delighted to bring this special edition gin to market to celebrate the Welsh team’s success. Together Stronger has been the team mantra for a number of years and we could think of no better name for this limited edition gin during such an historic occasion. We have looked after the men’s team for more than 10 years, and it is still a privilege and honour to work with them. We take great pride in ensuring that the training facilities at the Vale Resort are kept to a world-class standard and their training camps are relaxed and unobtrusive as possible.”

The FAW and The Vale Resort, where Hensol Castle Distillery is located, have had a 10-year-relationship prior to the production of this gin. The Vale Resort is used as the training venue and hotel for the national team, and in 2020, became the location of the FAW’s headquarters.

Ian Davis, the FAW’s commercial manager, said: “There is no doubt that Wales football fans across the country are celebrating the team’s success of reaching the World Cup Finals and will continue to do so throughout the tournament. What better way to toast them on their way than with a drink, distilled in the very grounds they train in, which bursts with Welsh flavour?”

#TogetherStronger Welsh Dry Gin will be available from this month across Asda and Morrisons stores at an RRP of £30. Specialist outlets will also stock the limited edition release, including Wally’s Delicatessen, Fine Wines Direct, Castell Howell and Glamorgan Brewery. The gin is also available at the distillery’s website.