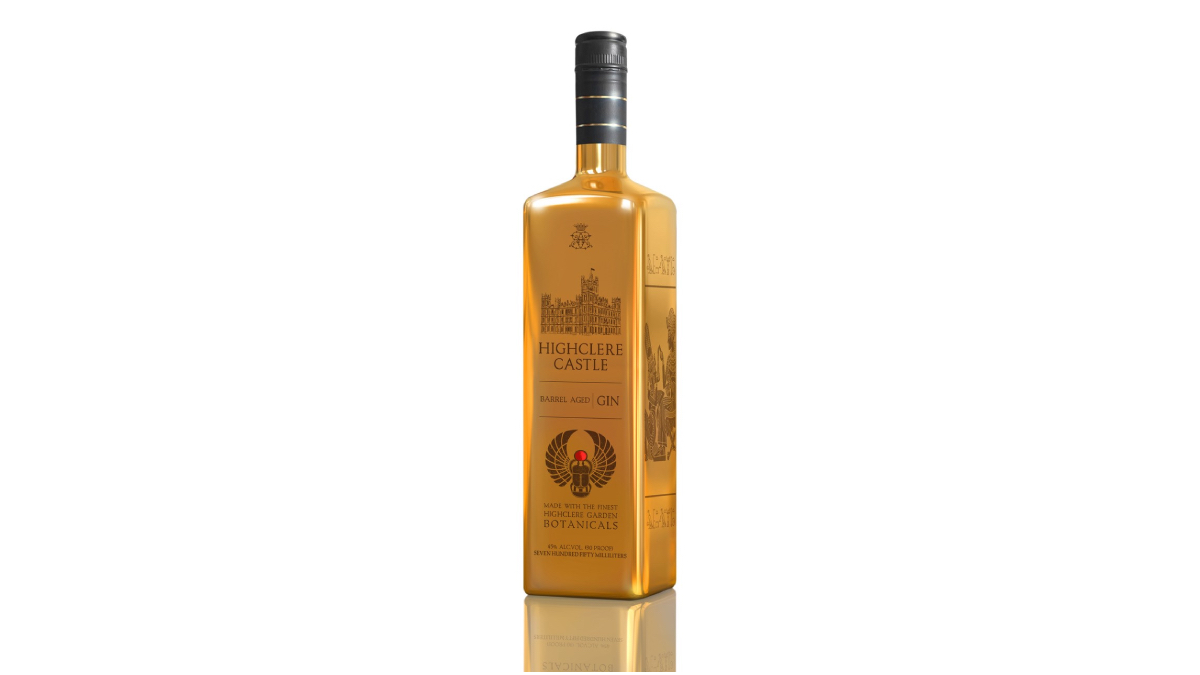 Adam von Gootkin is the charismatic co-founder and CEO of Highclere Castle Spirits, and we at Gin Magazine were lucky enough to share his time to discuss the new barrel aged expression. Following the success of Highclere’s London Dry Gin, Adam explains the inspiration for the latest expression and dives deeper into his love of Highclere itself.

Tell me about the inspiration for this new barrel aged expression.

“I’m so incredibly proud of it and I can’t wait to get you your bottle so you can taste it. You’re going to be getting one of the first bottles on the production line actually. Whenever one’s trying to do something unique and about our special history, it starts with the original juice, right? A chef can’t make a good dish without really good ingredients and so we’ve got Highclere Castle gin as our base…you know the story about the botanicals coming from Highclere estate…so I don’t have to get into any of that.”

“But, you know, this year is especially special because it’s the 100 year anniversary of the discovery of the tomb of King Tutankhamun by Lord Carnarvon, his great grandfather, the fifth Earl, after he left Highclere. He had gotten into some car accidents. He was driving the very first cars that existed around the estate and he would crash them into a tree and this and that, and the doctor said, you’d have to leave this kind of English weather [to] go somewhere warmer and dry. And the fashion of the time was for many of the wealthy members of the aristocracy to head off to Egypt and fund a dig just to kind of play in the sand and see what you find. And so he did that, but he was he was quite serious about it.”

“So, he of course partnered up with and funded Howard Carter, the now famous archaeologist. They were about to pull the plug on the dig after a couple of years, but as with anything worth doing, they stayed at it. They [eventually] found a tomb and, and it was Howard Carter, who waited for [the] Lord to get there. [They] waited like a week to finally open the passageway and that’s when Lord Kelvin asked Howard “What do you see?” and Howard Carter says “Wonderful things.” Of course, this is the greatest discovery in archaeological history of mankind.”

How was the expression created?

“I got to thinking we’ve got to do something that really pays homage to this [discovery] without being cheesy…So, you know, I felt like nobody has really released a barrel aged gin that I thought was really well done. I know that there are distilleries out there who are making gin while they wait for their whiskey to age or whatever. And they’re throwing some of the gin in there to see what kind of happens but when you have a very, very Juniper [heavy] gin, I’m not sure that the flavour profile wraps well around the kind of woody and smoky notes that fundamentally happens when you barrel age.”

“So, the first thing I did was call my friend, Raj Bhakta, the founder of Whistlepig Whiskey. He owns…some Armagnacs that go back to Napoleon’s era. And I got my hands on a bunch of these old casks. I thought Armagnac would be an elegant way to kind of infuse some of those notes. So that’s what we did, and we did a third of them. The second thing we did was, you know, we’re not going to be barrel ageing any beautiful English gin without giving a nod to my favourite Scotch and Scotsman’s, so we got some Scotch barrels as well. So, a third went into Scotch whisky barrels. Then, [the other] third, as a little nod to my home here, [went into] American new oak whiskey barrels [used to] make bourbon. We put it all together for about two years. It was a gamble.”

Adam presents the golden bottle, which looks like a treasure in itself. At the front sits the image of a scarab which came off an amulet from the tomb. There’s also tremendous hieroglyphs which translates to Highclere, with Adam explaining the process to us.

“For the bottle, I hired two famous Egyptologists from Yale University. We’re very fortunate [that] our Highclere offices here in the States…[are] about half an hour from Yale and Yale has a very famous Egyptology department. These two Egyptologists, who are a married couple, have become great friends. The first thing that I wanted to do is understand how we might translate Highclere Castle into ancient Egyptian hieroglyphs. You can’t translate phonetically in ancient Egyptian. Like there’s no shape for the letter A and then B. It doesn’t work that way. And in fact, they spoke and wrote almost in riddles. You have to fundamentally be thinking culturally of their outlook of the world at the time. You can’t just translate it. So what we have here is an actual translation. This spells out… Highclere Castle. She who is high, she who is bright or clear.”

The bottle will be available in both the UK and US, with pre-ordering currently available. Only 2,000 casks are to be produced, with no intention to re-produce the expression again. Bottled at 45% ABV, Adam comments that it took around two and a half years between coming up with the idea of the gin and the bottling of it.

Finally, talk to me about Highclere Castle itself, and what it means to you.

“Oh, it’s everything. It’s absolutely everything. I spent a year looking to do a brand in the UK. I wanted an excuse to be there more. I love England and I’ve been going for over 25 years, so it’s like a second home to me. I’m of British heritage [and] very proud of that. When I discovered Highclere, I realised how it’s still [completely] living and breathing. The quintessential essence of what a British country home is. And that doesn’t just really [happen] in any other place on the world or on the planet. But yet, it’s an actual farm and it’s been farmed. You’ve got this kind of beautiful ancient thing that harkens back to ancient Rome or even ancient Egypt. [It’s] kind of [a] Grand Villa.”

“You know, after World War One and World War Two, England lost so many of its homes and so many of the great families were broken by World War One or by losing their sons or by the ridiculous tax policies that came in [which] broke these families in half. And Britain lost a lot of its assets. This [is a] magical special place because [it’s] the same family, same owners, same place, a beautiful team of people, Lord and Lady Carnarvon view themselves as the stewards of it. They do such a fantastic job. They’re so humble [and] so creative. One of Britain’s greatest assets, in my opinion. My ability to build a spirit brand around that and to have founded this company with them is really just an honour.”

Highclere Castle Barrel Aged gin can be pre-ordered through the website here.