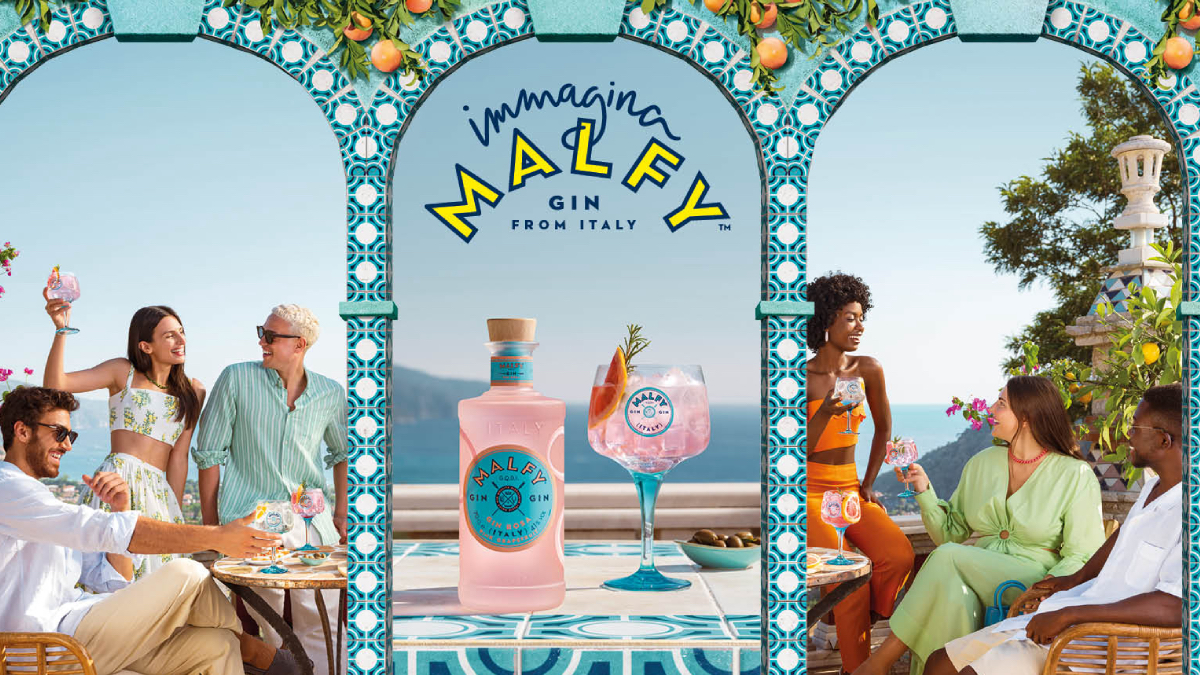 Malfy Gin is launching a new global campaign this month, said to be confirming its status as an icon of Italian style. The first expression of the new campaign is led by a film that sees a protagonist enter a portal into her imagination. The action is said to build up to anticipate the reveal of an imagined Malfy Gin & Tonic.

The film and supporting assets of the campaign are said to be colourful and vibrant, inspired by the taste and aromas of the botanicals used to create Malfy gin.

Malfy will hope that the campaign helps to continue its strong market performances. According to PRISMA FY22 full year sales & results, the brand has grown 285% in its home market of Italy throughout the last year.

Global brand director Toni Ingram commented: ”Immagina Malfy builds on the strong performance of our previous Ciao Malfy! campaign, which was very successful in terms of driving awareness and establishing Malfy as the gin from Italy. This new campaign has been designed to build more of an emotional connection with Malfy’s target audience. We’re inviting consumers into the world of Malfy, capturing the feeling through Malfy’s personality so that the place feels so real, you can almost taste it. To meet our ambition to become an icon of Italian style, there was a need to elevate and create a distinctive Malfy World that offers endless possibilities for lifestyle content we know our consumers crave.”

The campaign is set to go live this month in Australia and South Africa on TV and social media, before rolling out to European markets in Spring next year, including the UK, Germany and Italy.