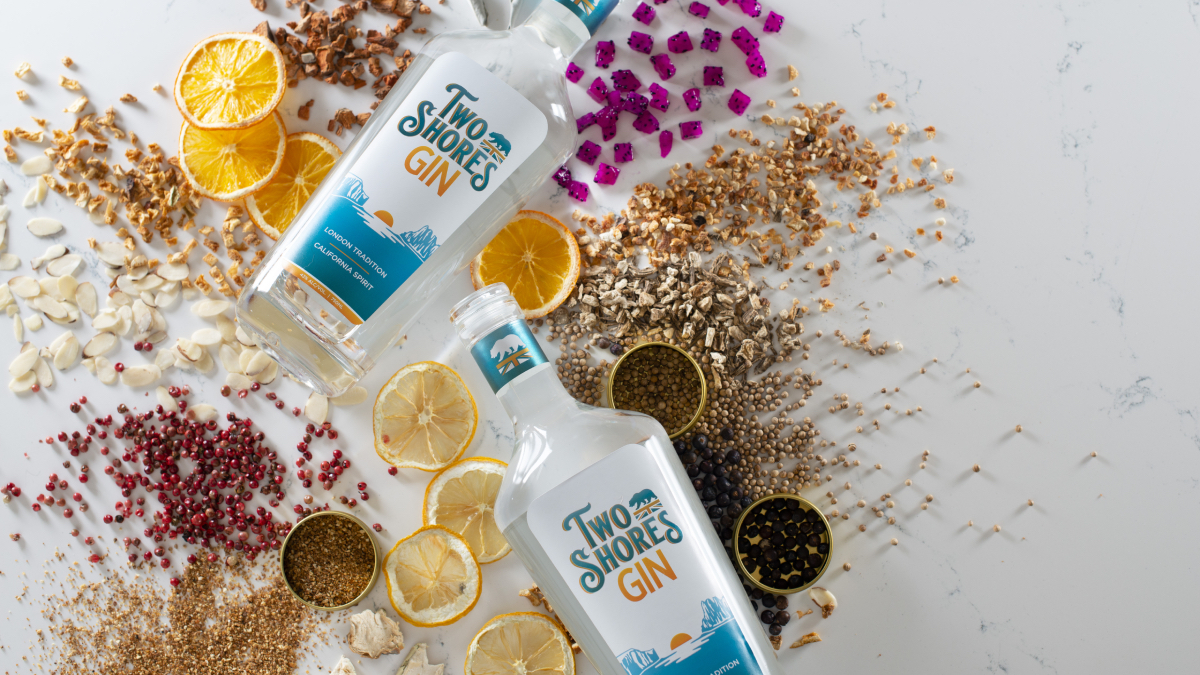 Laguna Beach Spirits Company has launched the debut of its small-batch gin, Two Shores. The gin is said to celebrate Californian spirit and will be available across the south of the state this week.

The company is founded by Laguna Beach resident Eileen Keighley, who reached out to a London-based master distiller to launch the ultra-premium product.

A London Dry gin, Two Shores is a blend of 14 botanicals, many of which are hand-harvested in the state of California.

The second shore in its title is a reference to the Edinburgh coastline. Keighley spent much of her childhood looking for fruit and botanicals in the Scottish countryside with her father, who would then use it to make his own gin. Now years later, Keighley follows in his footsteps with her own distinct recipe.

Speaking on the origins of Two Shores, Keighley commented: “On a trip back to the UK, I visited a distillery and had the unique opportunity to create my own gin. That experience reinvigorated the love my father and I shared for blending botanicals. After decades of passion, followed by years of research and development, I’m proud to introduce a gin that embodies the beautiful bounty of California, the rich tradition of London, and the memories of my father.”

The producer has described the gin as having citrus aromas that fade into subtle spice and sage. Citrus, pricky pear and dragon fruit notes prevail on the palate, with a complex finish.

As the gin debuts, the brand has made certain that this won’t be a one-off, with a portfolio of botanical-based beverages said to be in the plan.

Keighley is keen to capitalize on growing gin interest in the United States, adding: “In the US, gin is just now finding its way into the limelight. I’m excited to introduce Two Shores Gin at a time when the nation’s interest in the spirit is at a record high.”

Two Shores is available online and select retail stores across Southern California, with a SRRP of $44.99 per bottle. For more information on this debuting gin, visit the Two Shores website.