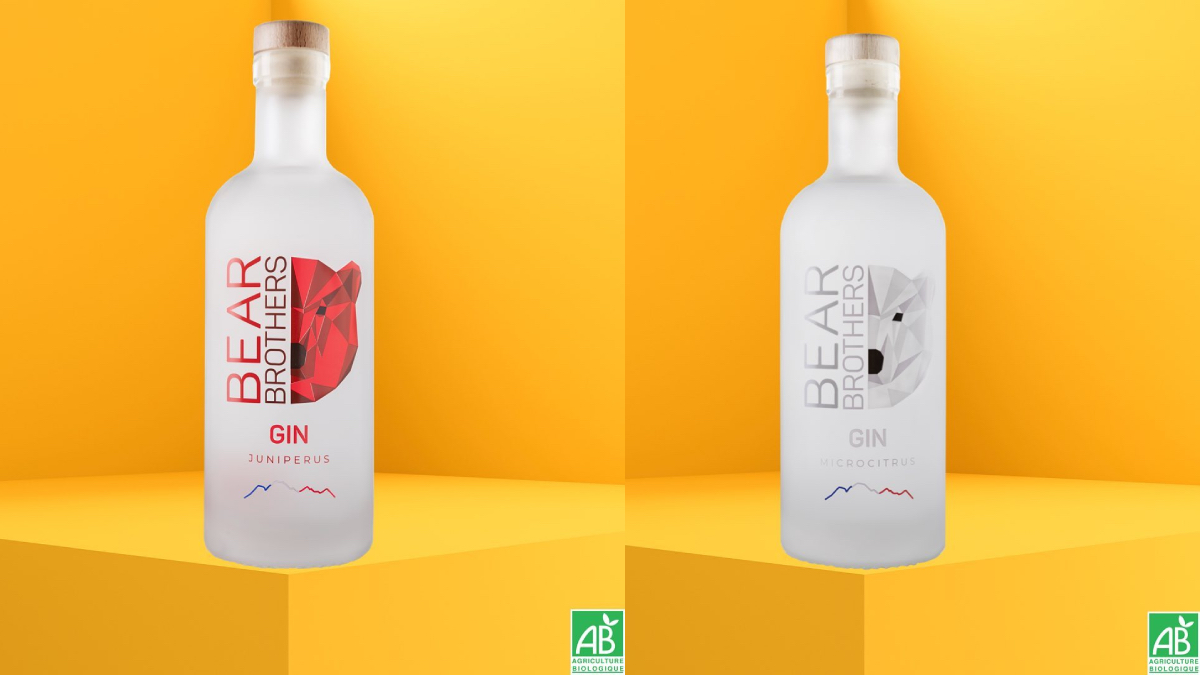 Bear Brothers, a new organic spirit’s company based in France, has announced the first four expressions in their portfolio. Three of the expressions are gins, with the fourth a Vodka.

The gins are based on juniper berries and composed of citrus fruits and botanicals including coriander and spring water from the Pyrenees. These have all been enhanced by the distillation in Stupfler stills.

The first, Gin Microcitrus, has an RRP of €49. It’s described by the producer as sweet with notes of Yezy, lemon caviar and fresh coriander on the palate.

Gin Juniperus is priced slightly lower at €44, with the expression said to represent the Mediterranean region through the aromatic herbs highlighted in the expression’s taste.

The third and final gin expression, Gin BB9, is the cheapest of the gins at €36. Once again, Mediterranean and floral notes are apparent according to the producer’s notes.

With production underway at their upcoming distillery in Auzeville-Tolosane, the maceration and distillation process is currently taking place at the Distillery of the Gulf.

Bear Brothers has been founded by four individuals – two brothers and two childhood friends. The name is said to be a tribute to the Pyrenean bears.

The brand is said to be committed to protecting the environment through ethics and sustainability. This includes using natural ingredients and using spring water from the Pyrenees.

More information on Bear Brothers can be found on their website.