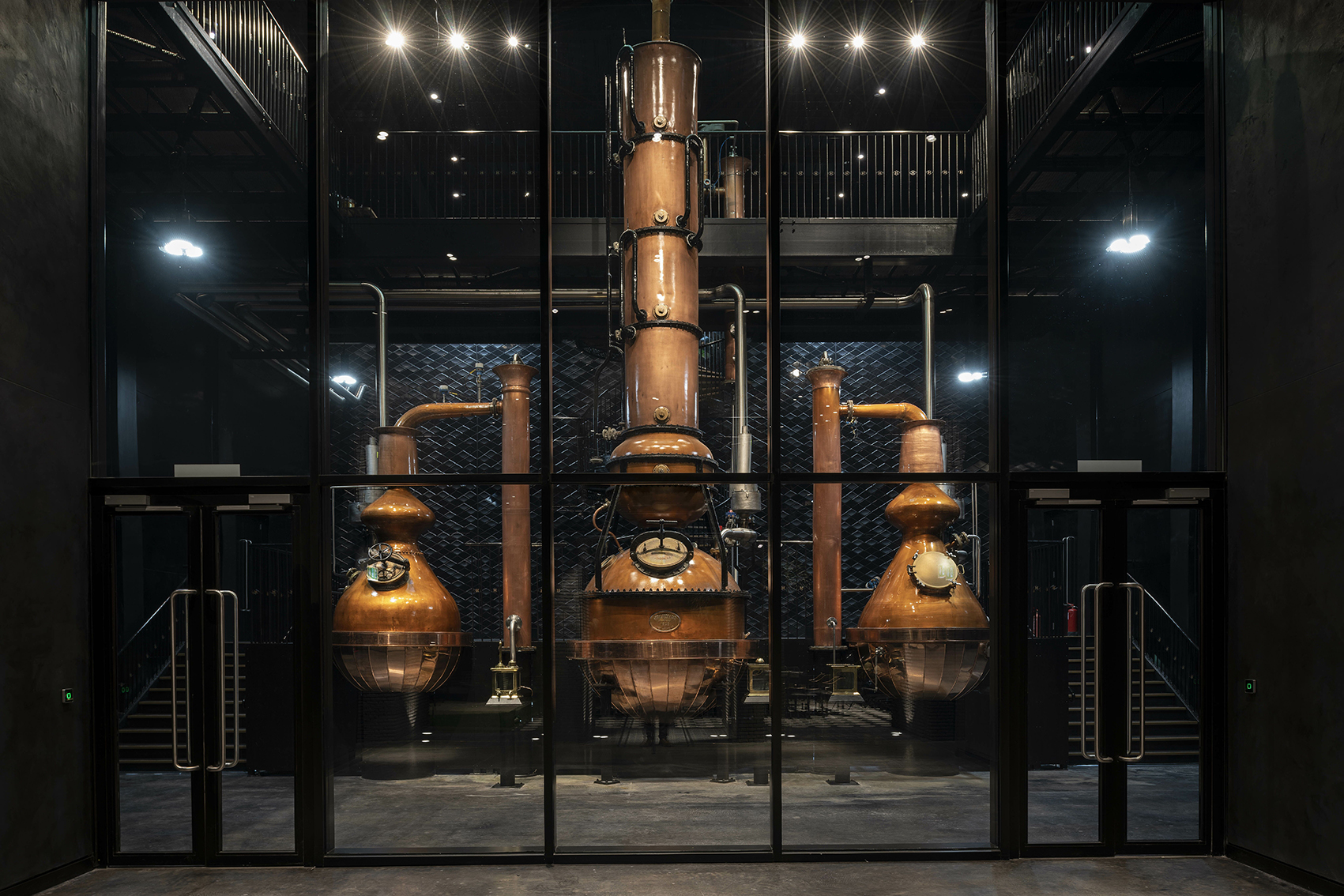 The pot still was, until the invention of the column still in the mid-19th century, the piece of equipment on which all spirits were distilled. While the latter is now crucial to gin distillation, the former still plays a part.

A standard pot still set-up comprises: the pot, where neutral spirit, botanicals, and water are placed, and the still neck and head, through which ethanol, congeners (flavour compounds) and other compounds travel once they volatise (evaporate); the lyne arm, down which vapours travel once they clear the still head; and the condenser, where volatised substances are condensed back into liquid and captured either for re-distillation or “post-distillation operations”, such as sweetening or dilution. A waste pipe is connected to the pot to syphon off liquid waste.

Two types of condenser are primarily used with pot stills: shell and tube, around which a coolant (often water) circulates to cool the liquid; and worm tub, where vapours travel along a coiled tube that is inside a tub of coolant (again, often water).

While, generally, a gin is distilled with its botanicals in a pot still, the neutral spirit from which the gin is made has to be produced in a column still. This is because pot stills cannot distil liquid to a high enough strength for it to legally qualify as neutral spirit (they must be at least 96% ABV in Europe and 95% ABV in the US).