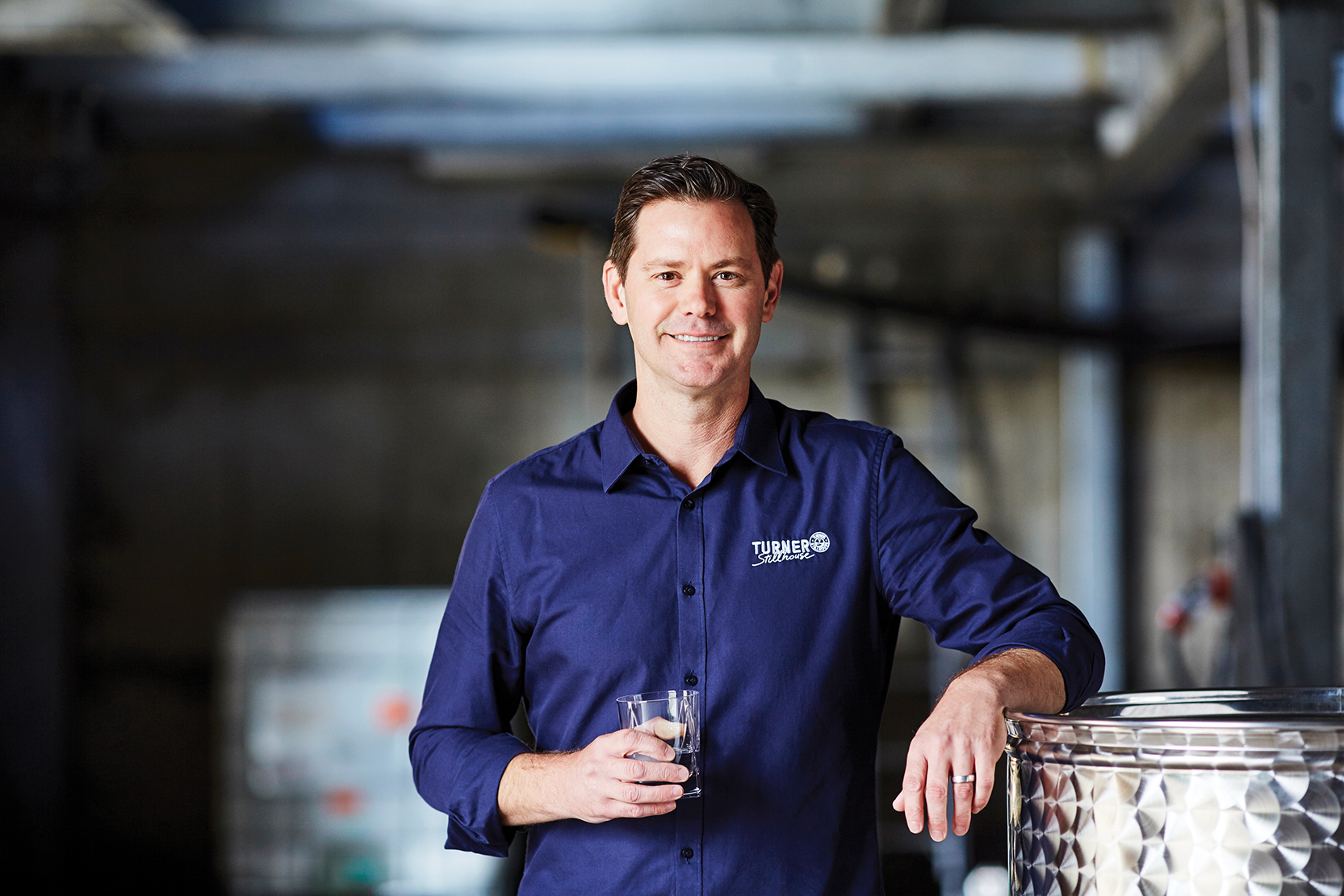 Despite its diminutive size in relation to its big brother, Tasmania has played a huge part in establishing Australia’s craft distilling industry

Tasmania is the 26th largest island in the world and is 150 miles south of Australia. It was inhabited by Aborigine people for 40,000 years before being settled as a penal colony in 1803.

Visiting Tasmania feels like you’ve stumbled on a remote Scottish outpost: with rugged, wild landscapes, shimmering bodies of water, and a climate that can best be described as fresh on a good day and biting on a bad, it has a distinctive Gaelic atmosphere.

Tourists and mainland Australians flock to the island in search of empty beaches (the water is freezing, so no wonder), some of the best produce in Australia, and cultural experiences courtesy of MONA (Museum of Old and New Art) and its festivals Dark MOFO and MONA FOMA.

Over the last 10 years, visitors have increasingly added distillery trails to their travel itineraries, in part due to the success of Tasmanian whiskies internationally. The number of Tasmanian distilleries has grown to around 70.

Tasmania is a huge part of the Australian gin distilling story. Up until 1992, it was illegal for producers to use a still under 2,700 litres in size, creating a barrier to the creation of a craft distilling industry.

Bill Lark, together with his wife Lyn, were inspired by the Tasmanian climate, peat bogs and pristine waters to forge a career in whisky distilling. He took the case to the Australian government to lift the restrictions on small-scale craft distilling and was successful. And so, the Australian distilling industry was born. Lyn was Australia’s first gin distiller, but very quickly other distilleries began opening up in Tasmania and on the mainland.

It’s not just the pristine water and Tasmanian climate that contribute to the spectacular spirits made here. There are 300 plants that grow on the island that do not grow anywhere else in the world. Local distillers, as well as those on the mainland, draw on this amazing resource.

Tasmanian pepperberry (the berry and the leaves) is probably the most widely used botanical in Australian gin, while Kunzea, native thyme and cherries are widely used. The pollination by bees of the endemic leatherwood plant results in a unique piquant honey with an amazing aroma, and wakame seaweed and abalone shells bring a marine essence to the local gin. Sloe berries might not be native to Tasmania – they were brought over by the first settlers in the 1800s – but they are used by many distillers to create traditional English-style sloe gins.

Courtesy of Tourism Tasmania, I took a short tour to some of the best gin producers on the island.

Kristy Lark Booth is the founder of Killara Distillery. As the daughter of Bill and Lyn Lark, she has distilling in her blood. Kristy remembers having a still outside her bedroom door before Lark Distillery was established.

Initially, Kristy steered away from distilling and sought a career in air traffic control, but in spite of the desire to rebel against her parents, she realised distilling was her true passion. At Killara, she makes whisky and liqueurs as well as gin, and during the pandemic she and her husband Joe built a new distillery about 30 minutes from the capital, Hobart. It’s set on 26 acres, with access to the Coal Valley river. Kristy’s vision goes beyond a stillhouse: she has planted an orchard with plans to make eaux de vie, as well as a botanical garden that she hopes will become established enough to use in her gin recipe. There is also enough space for her to ultimately grow the barley for her whisky. http://www.killaradistillery.com

William McHenry was encouraged to think about distilling by a friend during a family barbeque. William explains, “He felt that with a name like mine, I should be making whisky!” At the time William was commuting between Perth and Sydney for a high-pressure job and was keen to make a tree-change, so he purchased some land in Tasmania and moved there with his family.

McHenry Distillery is a short distance from the former penal colony of Port Arthur, about 90 minutes from Hobart. William was excited to discover a natural spring on the property, and this perfectly pure water goes into every spirit he produces. http://www.mchenrydistillery.com.au

The Daly family established their potato farm more than 30 years ago and became one of the leading potato farmers in the country. In 2019, they were awarded Australian Farmer of the Year.

The move into gin distilling came from an idea to create a vodka using their potatoes as a base (it’s one of the few paddock-to-bottle vodkas made in Australia). This labour-intensive project paid off when Hellfire Bluff’s Potato Vodka won Australia’s Best Varietal Vodka at the World Vodka Awards.

The accolade spurred the family on to create gin. There are four gins in the range: London Dry, Piquant, Summer and Sloe. Summer Gin won the title of Best Australian Contemporary Gin at the World Gin Awards in 2021. There are plans moving forward to use Hellfire Bluff vodka as a base for the gins, in an effort to become more sustainable. ww.hellfirebluff.com.au

Cam and Suzy Brett from Spring Bay Distillery were inspired by Bill Lark to make whisky, but Suzy comes from a family of gin and tonic lovers. Her mum grew up in India and Zambia, so gin and tonics were customary. Suzy fondly remembers that at any family get-together, her mum (who she says was very picky about her G&Ts) would arrive with her bottle of Gordon’s Gin, tonic, lemon and a small knife, not trusting the host to supply the right components.

Suzy wanted to make a really classic juniper-forward gin, rather than an ‘Australian’ gin loaded with native botanicals. After touring Scottish whisky distilleries, she recognised the importance of location when building the distillery: “I wanted people to experience the beauty of Spring Bay and remember that atmosphere when drinking their gin and whisky at home.”

Drinkers take a little Spring Bay home with them, as every bottle contains rainwater collected at the distillery. http://www.springnaydistillery.com.au

Lawrenny Estate was established in the early 1800s by colonial cattle tycoon Lt. Edward Lord. At the time, it was approximately 80,000 acres, and was renowned for farming premium cattle and sheep stocks as well as fields of wheat, barley and hops. The Mace family moved to Lawrenny Estate in the early 1990s and continued to farm the land. They renovated the magnificent house, and planted beautiful rose gardens and an orchard. The gin distillery was set up as a way of preserving the estate and to create a legacy for future generations of the family.

The distillery is set on the banks of the Derwent river, and head distiller Joe Dinsmoor (formerly of Lark Distillery and Archie Rose) uses this water in the production of the Lawrenny range of gins and its newly released whisky.
http://www.lawrenny.com

Justin Turner is a born-and-raised Californian. His family owned a winery that also made spirits, so it’s unsurprising that he became a distiller. He took his time, though, leaving the Golden State to pursue a career in finance in New York where he stayed for more than a decade.

He met and married his Tasmanian wife, herself from a multigenerational farming family, and they relocated to set up the Turner Stillhouse in the Tamar Valley wine region overlooking the Tamar river. Three Cuts gin is named after the three cuts of roses used to create the spirit. Tasmanian natives are used alongside traditional botanicals. http://www.turnerstillhouse.com

0 comments on “Six of the best gin distilleries in Tasmania”