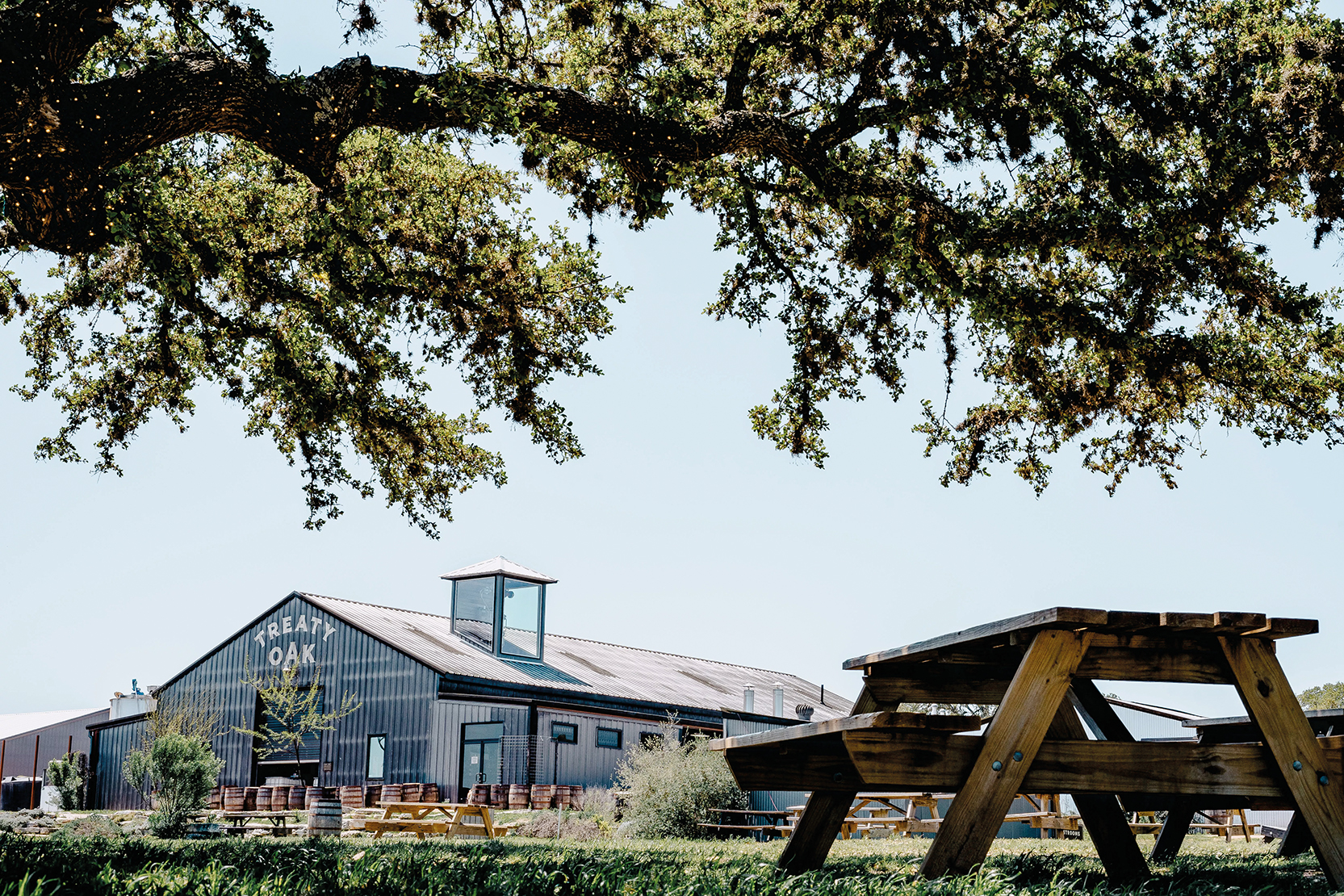 Deep in American whiskey country, we discover a small Texan town that has grown into a gin-distilling hub

Get ready for some barbecue. A small Texas Hill Country town is putting itself on the map for spirits, beer, wine, and good eating.

Daniel Barnes, founder of Treaty Oak Distilling, guesses that there are 13 or 14 distilleries within about a seven-mile radius of his town of fewer than 5,000 people, west of West Austin.

“That’s crazy! It’s been a been a real boom out here,” said Barnes. “It’s not just the distilleries that we’re seeing out here. We’re seeing, you know, wineries and breweries coming in this direction.”

Tasting rooms beckon day-trippers from each side of the two-lane country highways that crisscross in the centre of town – east and west along US 290, north and south along TX 12 – with some lit up at night like a supernova: Deep Eddy Vodka, HYE Rum, Dripping Springs Distillery, One Shot Distillery & Brewery, Dreamland Brewery, Acopon Brewing, Summer Revival Wine Co., Pig Pen BBQ, (Hey, was that Willie Nelson?), Homespun Kitchen, Grand Slam Pizza, Torchy’s Tacos… the list goes on.

Gary Kelleher, who founded Dripping Springs Distillery at about the same time that Barnes founded Treaty Oak Distilling  (more than 15 years ago), said the arrival of the distilleries became an attraction for the wineries and breweries. All of these are subsequently propelling a nascent food scene, because people are coming out with expectations. Kelleher said, “We’re completely surrounded by breweries, and very good breweries.”

Dripping Springs is a cool getaway from the summertime heat in nearby Austin (and from San Antonio a little further away), and lives up to its name with miles of nearby parks like Pedernales Falls State Park, Blue Hole Regional Park and Jacob’s Well. Underground rivers spring up and flow into the hill country from limestone aquifers, similar to those that feed the distilleries of Kentucky with clean water.

“All of the water that’s out here is just beautiful, beautiful water, you know,” said Barnes. “It’s called Dripping Springs because there’s a massive number of springs around this area. And when you get that good limestone-filtered water, that is such a natural key element to making good beer, and thusly, good whiskey mash – not to mention the ability to cut spirits with it, mouthfeel and all those things… Just the natural chemistry of the water that we have access to is perfect.”

Though Texas’s image may be consistent with whiskey, the area’s distilleries make their share of world-class gin. Waterloo Gins from Treaty Oak Distilling derive their name not from the famous battle but the original moniker given to the City of Austin.

Waterloo No.9 Gin is the ninth of the more than 100 recipes that Barnes experimented with on the way to making gin and survived a taste-off against the other recipes. It is a contemporary gin that uses, coincidentally, a nine-botanical recipe, including lavender, grapefruit, and pecan, the official state tree of Texas.

Waterloo Antique Gin spends two years in used Treaty Oak Bourbon barrels, during which time it picks up a good tan and more than a little oak influence. Antique Gin has a single-barrel series, which ages up to five or six years – most likely the longest maturation of any North American gin. If you are undecided between whiskey and gin, this is your option.

“We put those in used bourbon barrels after we dump our bourbon. It just gives it a great, big, round flavour and the core recipe for it is identical to the Waterloo No.9 Gin,” said Barnes. “So, it’s really fun to get to compare and contrast what the barrel-ageing process does. It takes a lavender-and-grapefruit-forward gin, a very bright… kind of signature of the Texas Hill Country in springtime, with Waterloo No.9, and turns it into almost Christmas in a bottle, as you get a lot of the nutmeg flavours that come through in the Antique.”

Waterloo Old Yaupon Gin is Barnes’s take on an Old Tom Gin, featuring a bush that filled in the landscape after wildfires devastated the Lost Pines Forest in 2011. Yaupon holly, a Southeastern US shrub used in some Native American ceremonies, grew up to cover the bare earth under the burnt tree trunks. The leaves are featured to bring a green tea/umami note that is balanced by makrut lime and a bit of wildflower honey to make a definite sipper, unique and flavourful.

“The yaupon just has that kind of earthiness that you get from a good mezcal, as well as a little bit of that vegetative bell pepper kind of bite to it,” said Barnes. “We do things like, you know, more Daisy-style cocktails with lime or lemon juice. It makes a beautiful Southside with basil and lemon.”

“The traditional gin is more juniper-forward in the botanical mix, and it has a profile that is probably more like a Tanqueray or a Beefeater, in that mould,” said Kelleher.

“The Artisan Gin – which is, in my view, much greater than the sum of its parts, in that it has multiple flavour components, but you don’t get a big punch of juniper as you would in many gins – has a long finish and a very broad palate. The Artisan Gin, as a new-world style of gin, is actually like nothing else on the market. It has a completely unique gin flavour.”

Down the road in either direction, there is still good gin to be had. Heading out west, the two-lane blacktop leads through Blanco and Andalusia Whiskey. Across the street from Milam & Greene Whiskey – for those who know where to look – there is a small distillery hidden behind the very Real Ale Brewing Co.: Real Spirits Distilling, the grain-to-glass maker of Texas Hill Country Gin, which all the local distillers praise but unfortunately is only available at the distillery, for now.

In the other direction, 290 leads east toward Austin and Revolution Spirits, whose Austin Reserve American contemporary-style gin (clear and barrel-aged) features lemongrass and pink peppercorns, and Still Austin, maker of The Naturalist American Gin with 12 botanicals including elderflower and Jamaican allspice.

It’s relatively easy to not think of Dripping Springs, Texas, but the moral of the story is that, when you’re visiting distilleries amidst the rolling hills, oak trees, swimming holes and cattle along the back highways between San Antonio and Austin, plan to spend at least one night enjoying gin. There is much to explore, and you probably won’t want to drive afterward.

Did I say only one night?

0 comments on “Meet the gin makers of Dripping Springs, Texas”