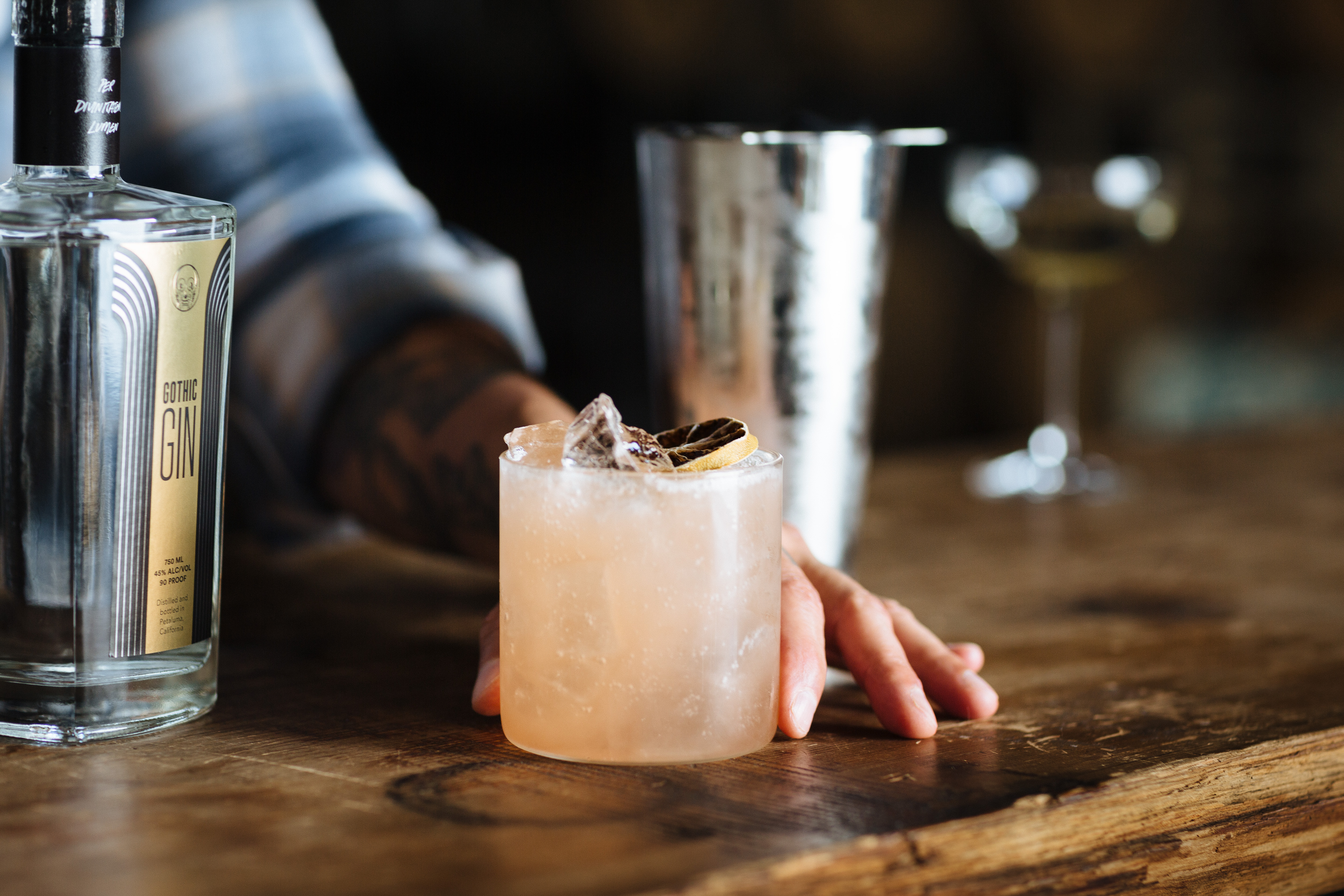 An American gin with European ancestry is returning to its roots

While Gothic Gin is based in America, its lineage is decidedly international. The award-winning premium spirit was created by Chris Klug, who studied gin making while abroad in the UK, Spain and Italy. His brand, including its striking bottle design, is inspired by Europe, specifically the Gothic Quarter in Barcelona, Spain, where it was born.

It was back in California that Klug chose to distil his spirit and build a home for Gothic Gin, but its recipe speaks to its international origins. Made with a corn base spirit, the gin is pot-distilled using the London dry method and its botanical line-up includes Valencian orange peels (which are vapour-infused into the spirit) and eucalyptus.

Since launching in 2019, it has become a multi-award-winning gin: it was named Best American Contemporary Gin at the World Gin Awards 2020, and recently received a Double Gold at the San Francisco World Spirits Competition 2022.

Gothic Gin has made a name for itself in its home state, not least through a partnership with the Rose Bowl Stadium in Los Angeles: it is now served as the venue’s premium gin at American football matches, as well as at concerts and other events; there is a bespoke branded Gothic Gin bar in the stadium’s private suite levels; and it is served at the neighbouring Brookside Golf Club.

It was always Klug’s ambition to bring his gin to Europe, in particular the UK. “I have been in love with London for decades – it has always had a special place in my heart,” he explained. “From a competitive perspective, if I was going to be claiming to make a world-class gin, it had better work in the home of world-class gin … The Rose Bowl has been a great partner for us, but… we are selling gin to beer drinkers. In London, we are selling gin to gin drinkers.”

This desire for an international presence in top-class retail, hospitality and events influenced Gothic Gin’s branding. Designed in the Gothic Revival style, Klug describes it as “intentionally classic and timeless”.

Through its partnership with the Rose Bowl Stadium, Gothic Gin came to the attention of the Goodwood estate near Chichester, UK. The brand has since signed a three-year agreement with Goodwood to promote its gin at the lavish country venue’s internationally renowned events. This includes the Goodwood Festival of Speed, where Gothic Gin will have a luxury airstream serving gin and tonics, Negronis and a menu of bespoke cocktails, plus other high-visibility marketing opportunities, and the Goodwood Revival vintage car show, where it will have a dedicated bar.

This contract follows a partnership with Strive for Perfection, a book which celebrates British motor companies Rolls Royce and Bentley and their long standing relationships with the Royal Family, particularly Queen Elizabeth II and her late husband Prince Philip. Released to tie in with Her Majesty’s Platinum Jubilee this year, the book was published by St James’s House and its publication was supported by the RREC (Rolls Royce and Bentley Enthusiasts Club).

This kind of “luxury co-branding opportunity” was a major factor in Klug’s decision to market Gothic Gin in the UK (partnerships with the Chelsea Flower Show and Henley Regatta are to follow in 2023). He believes partnerships with major events, sports teams, and concert and sporting venues will continue to play a significant role in Gothic Gin’s marketing strategy going forward.

Alongside its events marketing, Gothic Gin is starting to appear in high-end off-premise and on-premise venues in the UK following a distribution deal with Nomad. On-premise stockists include the world-famous Duke’s Bar, The Savoy, Amazonico and Mr Fogg’s Bar; off-premise, it is available through luxury wine and spirits retailer Hedonism, Harrod’s, Selfridges, Harvey Nichols, and The Whisky Exchange. It is also available online through Master of Malt and Amazon.

Given that the bulk of his gin education took place in Europe, Klug described Gothic Gin’s entry into the UK market as “almost like a homecoming”. Both gin connoisseurs and novices in the UK seem ready to welcome this American newcomer with open arms.

0 comments on “SPECIAL PROMOTION: The homecoming of Gothic Gin”