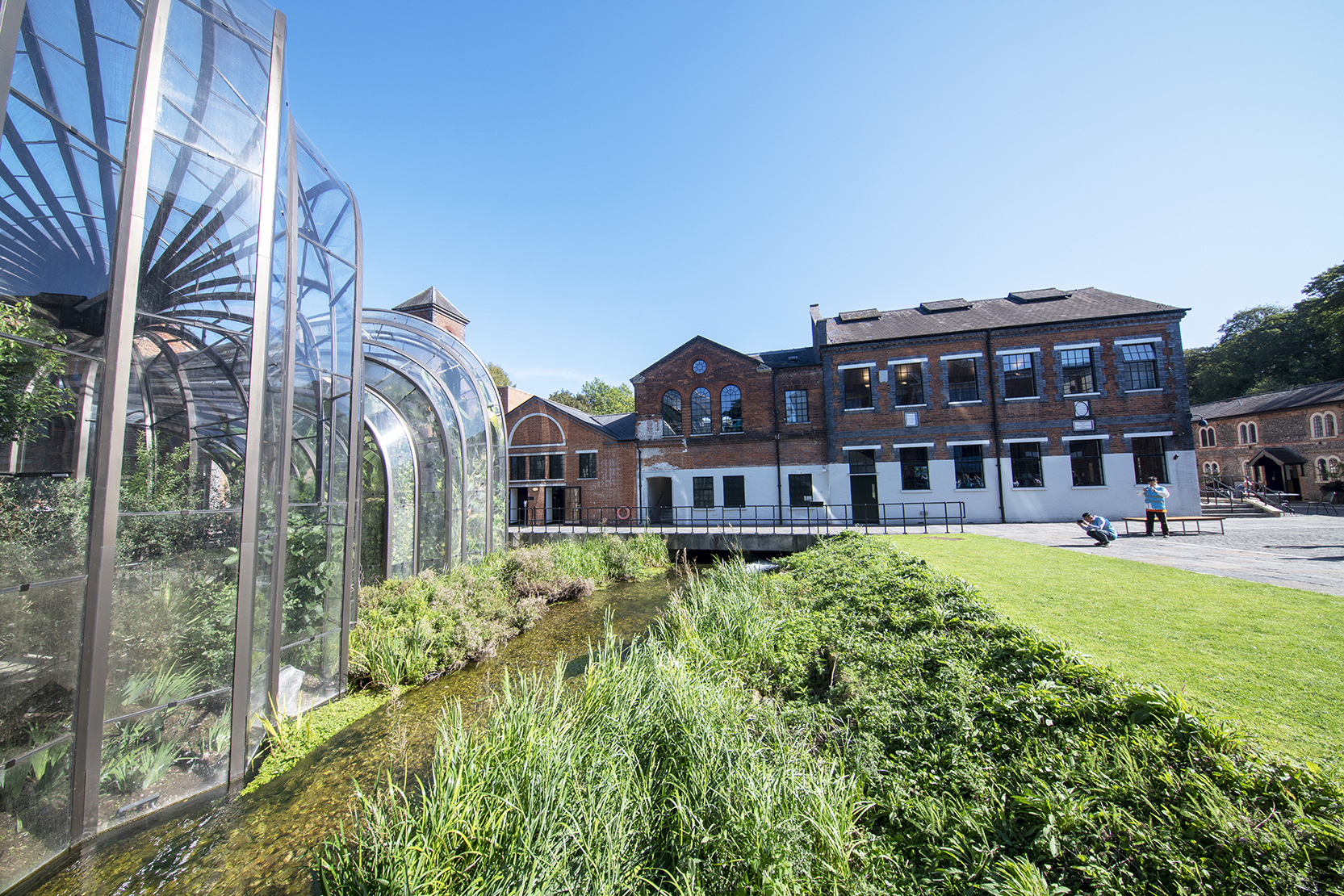 Making gin is thirsty work, so reducing water consumption is one area that distillers can focus on to reduce their environmental impact

Water is fundamental for all life on earth, but it is also a finite resource. In the last century, global water use has grown at more than twice the rate of population increase, and the World Economic Forum now predicts there will be a 40 per cent gap between global water supply and demand by 2030.

Water is essential for making gin. Every bottle of 42% ABV gin is, by definition, 58 per cent water, but the quantity of water required throughout the production process – from farming and fermentation to cooling and cleaning – dwarfs those figures. In 2020, the Beverage Industry Environmental Roundtable (BIER) found distilleries used approximately 28 litres of water to produce one single litre of spirit. It is these demands, in addition to the need to discharge wastewater, that has traditionally seen distilleries located close to rivers and lakes.

And yet, in part no doubt to its relatively low cost and the minimal regulations regarding water extraction and discharge in many parts of the world, distilleries have been slow to address water usage. With 2.3 billion people living in water-stressed countries and the consequences of climate change affecting us all, it is critical that distilleries both conserve water and protect their local environments.

Located within an Area of Outstanding Natural Beauty, Silent Pool Distillers not only has systems in place to reduce its water usage, but also contributes to the upkeep of the adjacent spring-fed Silent Pool by funding the eradication of non-native weed and restoring and maintaining the natural plant life in the pool.

Bombay Sapphire also manages the beautiful section of the River Test that runs through its site. When the renovation of Laverstoke Mill began, the company temporarily diverted the industrialised and neglected rare chalk stream and then rebuilt and replanted its banks, enabling it to support native species once again. Despite the distillery’s sustainability credentials, which earned it an ‘Outstanding’ BREEAM (Building Research Establishment Environmental Assessment Methodology) Award, and its incredible – and now iconic – hothouses, architect Thomas Heatherwick declared in 2014 that “the thing we are proudest of is opening the river again”.

Although Bombay Sapphire also reinstated the mill’s historic turbine to provide hydro-electricity for the site, no water from the chalk stream itself is used in production. While it is crucial that water is never extracted from vulnerable environments, the source of water often matters far less than what distillers do with it. Despite many producers waxing lyrical about the pure mountain spring water used in their products, by the time water has been purified for blending, it is essentially so characterless that it may as well come from a tap, or even a puddle! What does matter is that water is sourced locally and not shipped around. Simply by investing in its own water purification system, and in turn eliminating the transport of 1,000-litre containers, Gorilla Spirits has reduced its carbon footprint by around 1,500 tonnes per year since 2019.

Like dilution, farming and fermentation are areas in which water use is almost impossible to mitigate. Agriculture is the largest consumer of the world’s freshwater resources and, with it typically requiring 900 litres of water to produce 1kg of wheat, it’s little wonder that, according to spiritsEUROPE, 90 per cent of the water used in the production of spirits is associated with farming. Most gin producers buy in their grain neutral spirit, thereby sidestepping the water demands of fermentation. However, this should not excuse them from understanding the full life cycle and environmental impact of their product, and all must take full accountability for the natural resources used in their processes.

Although the type of still used in production can significantly impact a distillery’s water demand – Cooper King’s cold vacuum distillation saves an estimated 26,000 litres of water a year in comparison to traditional copper pot distillation – it is in the cooling process, where water is used to condense alcohol vapours back to liquid, that significant savings can be achieved. With cooling water accounting for approximately 10 litres of the 28 required to make one litre of spirit, it is hard to challenge the assertion of Will Edge, founder and distiller at Greensand Ridge, that regarding water as a single-use resource and discharging it to sewers is “almost criminally negligent”.

Avian Sandercock of The Wrecking Coast Distillery knew cooling water would be an issue he needed to address when he upgraded to a 2,000-litre iStill, but he hadn’t appreciated the full scale of the problem until his water company suspected a major leak on site. Then he received a water rates bill of £8,500! Realising his iStill was discharging 30-40,000 litres down the drain per run, Avian created his own rudimentary closed-loop cooling system using 50,000 litres of water and “a tank as big as a submarine”. According to the distillery’s forecast number of runs, Avian’s system is expected to save almost 2 million litres of water this year; at full capacity, it could mitigate up to 5 million litres.

Will Edge at Greensand Ridge approached the development of his closed-loop system slightly differently, but the concept is similar. Part-funded by the European Agricultural Fund for Rural Development, Will built a natural wildlife pond to supply all the distillery’s cooling water and support local biodiversity. Fundamental to the success of the system is heat capture and energy recovery from the cooling water – “by far the biggest way to reduce the environmental footprint from a water use project”, says Will.

Canada’s Victoria Distillers, maker of Empress 1908 gin, relocated its distillery to next to the Sidney Pier Hotel for exactly this reason. Connecting the distillery to the hotel’s pre-existing geothermal system enables it to transfer hot water to the hotel, where the heat is extracted for year-round use, before the cooled water is returned to the distillery to supply its condensers. In creating this closed-loop system, Victoria Distillers estimates it not only saves approximately 7,000 litres of water with every run of its still, but also transfers approximately 850,000 BTUs (British thermal units) of energy to the hotel.

Capitalising on its location in the shadow of Taranki on the west coast of New Zealand’s North Island (an area of typically high rainfall), Juno Gin’s closed-loop system was designed to be refreshed every time it rains. The efficiency of the design mitigates not only water demand on the town’s supply, but also the need for any other condenser cooling system, which also reduces the distillery’s energy usage by around 0.7MW – approximately equivalent to powering 450 homes in the UK for one year.

However, relying on mother nature is always risky, and especially so as we face increasing climate change. Following a period of six weeks with no rain and higher than average sunshine hours, Juno was recently forced to install a back-up insulated tank with a chiller unit into its cooling system (although the distillery still intends to work with rainwater re-flush over the winter months).

It’s a problem that hydro-electric-powered Beinn An Tuirc Distillers, on Scotland’s Kintyre peninsula, can relate to. Following four months of drought in 2021 – and despite sourcing and storing water from its own spring – Beinn An Tuirc was forced not only to buy 5,000 litres of water from a nearby loch, but also to temporarily halt production of its Orange & Coffee Liqueur.

As the effects of climate change continue to be felt and global water demand grows, producers will not only have to better manage existing water sources but also find new ones. Concerned about opening a distillery in Israel, where water demand already outstrips available conventional resources, Jerusalem’s Thinkers Gin decided to source its blending and cooling water from the air. The system, designed by fellow Israeli company Watergen, directs air drawn in from the atmosphere through a heat exchanger to condense it into water. The system does demand a constant supply of electricity, but about half of Israel’s water supply is sourced from reclaimed water and large-scale seawater desalination – even the country’s tap water carries a significant carbon footprint.

Environmental damage is not only caused by overuse of natural resources, however. Distillery wastewater – with its low pH, high salinity, and high concentration of nitrogen, phosphorus and other organic materials – can also be a significant source of pollution when not disposed of responsibly. The high biological oxygen demand of distillery wastewater means treatment can be costly, but residual organic material makes it ideal for producing green energy through bio-digestion, as demonstrated by Adnams and Greensand Ridge.

Distilleries not only have a social responsibility to reduce their water usage, but it is also in their long-term interests to make themselves more drought-tolerant. However, it is those distilleries who look beyond their own bottom line, and also expand their water stewardship efforts into the local environment, that are truly addressing the global water crisis and deserve to be quenching our thirst.

0 comments on “How do you make gin with less water?”