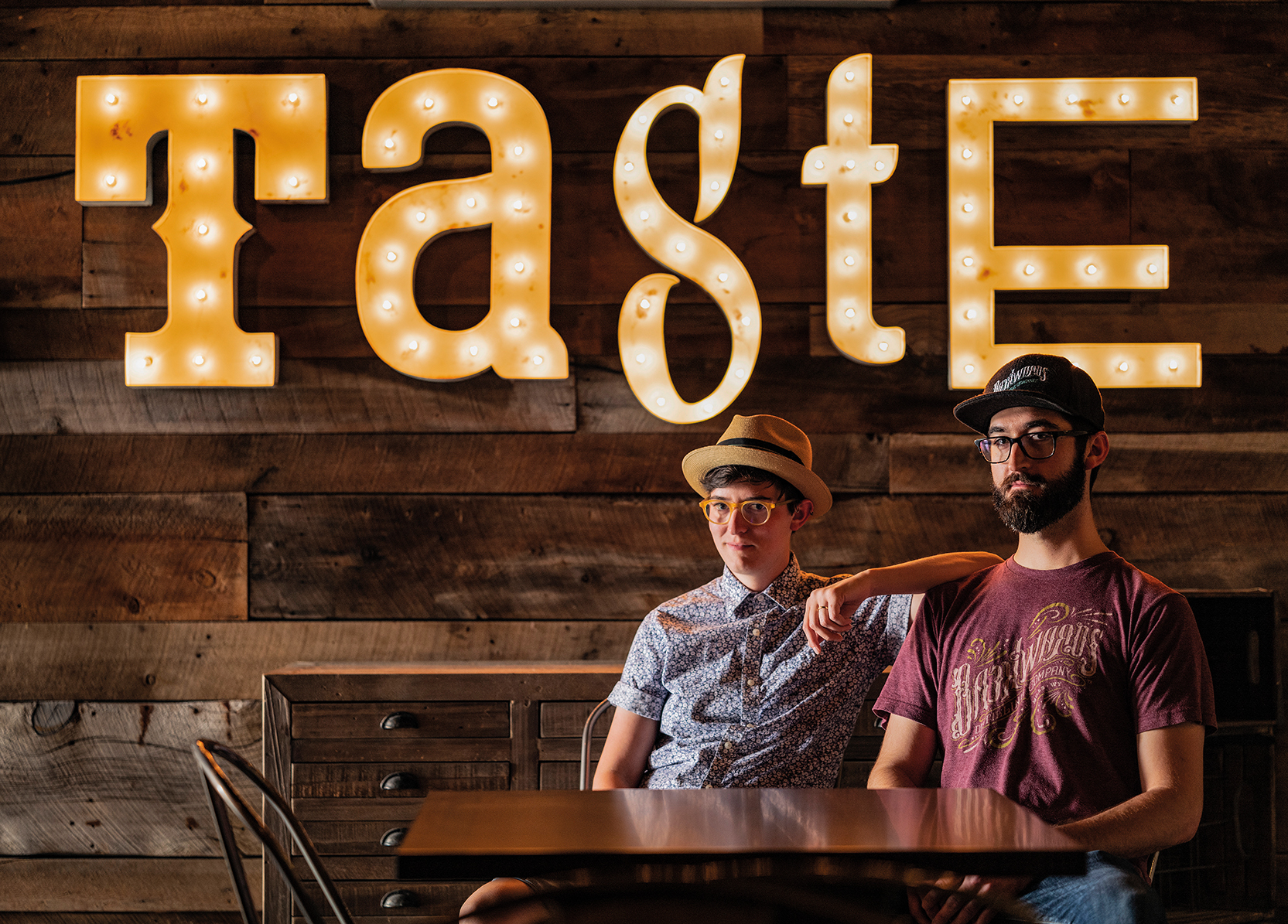 After years of running away to follow the circus, the Pollock family went home to start their own circus: Backwards Distilling Company.

The main attractions include Ringleader Vodka and Sword Swallower Rum, but the stars of the show are Contortionist Gin and Strongman Gin. The circus theme comes from years of family trips when the kids were growing up, when the Pollocks would go across the country from their home in Casper, Wyoming to see circuses, particularly Cirque du Soleil shows.

On their first trip to see the Cirque du Soleil show ‘La Nouba,’ in Orlando, Chad Pollock fell in love with the diabolo. “It’s like a spool with two sticks and a string between them… I’m seeing that for the first time. I was baffled by the dance and the skill of the performers…and just how fun it looked,” said Chad. “It is fun. I really enjoy doing it. That’s what I usually would [accidentally] break bottles with when I was throwing that around the distillery, because I’m not nearly as talented as the Cirque du Soleil performers.”

When Chad’s parents, Kathy and Bill Pollock, celebrated their 20th wedding anniversary in Maine, the kids went to circus camp.

“They decided to go to Maine with each other and have a vacation and, luckily, we were able to go to Vermont. And they could drop us off at a circus camp while they were doing that… So, we went into the backwoods of Vermont to a place called Circus Smirkus for a few weeks, and we learned how to juggle, ride unicycles, trapeze, tightrope walk, all that kind of stuff,” explained Chad, referring to himself and his sister, distillery partner/co-founder Amber Pollock.

Amber added, “We just grew up in a creative household where, you know, the walls were not white.”

So when sister and brother, father and son, mother and daughter started their distillery, the circus theme was natural to draw from.

“As a family, we all kind of gravitated toward [the circus] in the branding,” said Chad. “Also, as we dug into it, it just had so much awesome source material, and people respond to it.”

Backwards Distilling bottles are simply beautiful things to behold, with embossed labels and voluptuous Art Nouveau-esque embellishments. A picture of each namesake circus performer is magnified through the back of the bottle.

The Contortionist, with limbs akimbo, appears blue and green through the spirit, smiling with her pointed toe and hair going in opposite directions. The gin inside the bottle is clean, delicate and complex.

The Strongman Gin reveals an olive-brown gladiator type holding a massive barbell over his head with one arm. The distillery’s unabashed tasting notes state that there’s “nothing subtle or mild” about Strongman Gin, and they’re not kidding. This 57% ABV spirit packs a punch – perfectly balanced between juniper and lemon zest – which would brighten up even the dullest of tonics.

In addition to gin, vodka and rum, the distillery produces the Milk Can line of moonshine, which pays homage to a legendary Wyoming moonshiner who dispensed hooch from the back of a milk wagon. The bottles are appropriately shaped like a Prohibition-era milk can.

“We found a really cool story about a moonshiner, right outside of town here, that used to travel around the state in a dairy wagon and ladle moonshine out of the back of his wagon, out of milk cans,” said Chad, “and that’s kind of how he avoided the law.”

Backwards Distilling Company also releases an American Whiskey, which is a vatting of bourbon and wheat whiskey. Frankenbourbon, meanwhile, is an annual October release of a vatting of experimental bourbons. But the most recent addition to the spirits line is the one that started it all: absinthe.

On Chad’s 21st birthday, Amber gifted him a bottle of absinthe and a bottle of bourbon. This inspired a family conversation and curiosity about how the flavours in the former were made, and Chad began seeking out bars with absinthe collections.

“I was kind of intrigued by absinthe, just because of, you know, its history and kind of the misunderstood nature of it. But from that time, I started pretty much collecting absinthe,” said Chad. “I fell in love with the lore, the spirit itself, the process of drinking.”

The absence of absinthe in the foothills of the great prairie drove Chad to complain that he couldn’t find any more bottles to add to his collection, whereupon his mother asked, “Why don’t you just make it yourself?” So began the process of creating a distillery.

Within a couple of weeks, the Pollocks began fermenting cider and beer at home. The initial conversation had happened in October 2012, and Backwards Distilling Company was founded in January 2013. The family leased a building, got licensed, ordered equipment, and began experimenting, releasing their first spirit in November 2014.

The distillery became something the entire family could work on together, each contributing their special abilities to a business that would eventually allow all of them to quit their day jobs. Chad handles production; Amber handles flavour creation in the tasting room/cocktail lounge. Bill handles the bills and paperwork, and Kathy is the mesh that holds the company together.

Together they create a unique splash of colour in the middle of cowboy country and the oil fields east of the Rocky Mountains.

Backwards Distilling is the kind of place that, were it located in a metropolis and not in an isolated city of 50,000 in the least populous US state, would receive a lot more attention.

“To us, this is a type of thing that we would typically have to leave to go find,” Amber said, “and now, you know, we’re starting to see more of these things here in our hometown, which is really exciting.”

Three years ago, they moved the tasting room downtown, into a larger space with more traffic and visibility. It’s a cocktail oasis in downtown Casper, with an extensive menu drawing on Backwards Distilling’s large portfolio. Gin cocktails include the Grandeur, Poetry and Beauty, featuring fig-infused Strongman Gin, rosemary honey syrup, pomegranate juice and Campari with an absinthe rinse. Strongman is also featured in the J.S. Leopold, with cucumber ribbon, lemon peel, peppercorns and Fever-Tree Indian Tonic.

In addition to featuring in cocktails like the Bee’s Knees and a Grapefruit Gin & Tonic, the Contortionist stars in the Hey, Rube!, along with simple syrup, raspberry jam, lemon juice and egg white, as well as in The Prophet, with tart cherry juice, vanilla simple syrup and chocolate bitters.

Amber has led the charge in cocktail creation while somehow also finding the time to help found the Wyoming Distillers Guild, act as its first president, and sit on the board of directors of the American Craft Spirits Association, regularly heading down to the capital to lobby for distillers. She has also been elected to represent Ward 1 on the Casper city council.

Amber said, “I’m proud of the way that we’ve integrated ourselves into our community here, and also the larger distilling community, and how I think we are seen as community-minded folks in both of those areas. And that we are using what we do here as a launchpad for bigger things, you know, for building community, for giving people a place they can go… We’ve got customers who have been with us from the beginning, and we’re very close to them.”

Community, distilling and circus aren’t often mentioned in the same sentence, but they’re the common threads that hold the Pollock family together, and very much part of the fabric of Backwards Distilling Company.