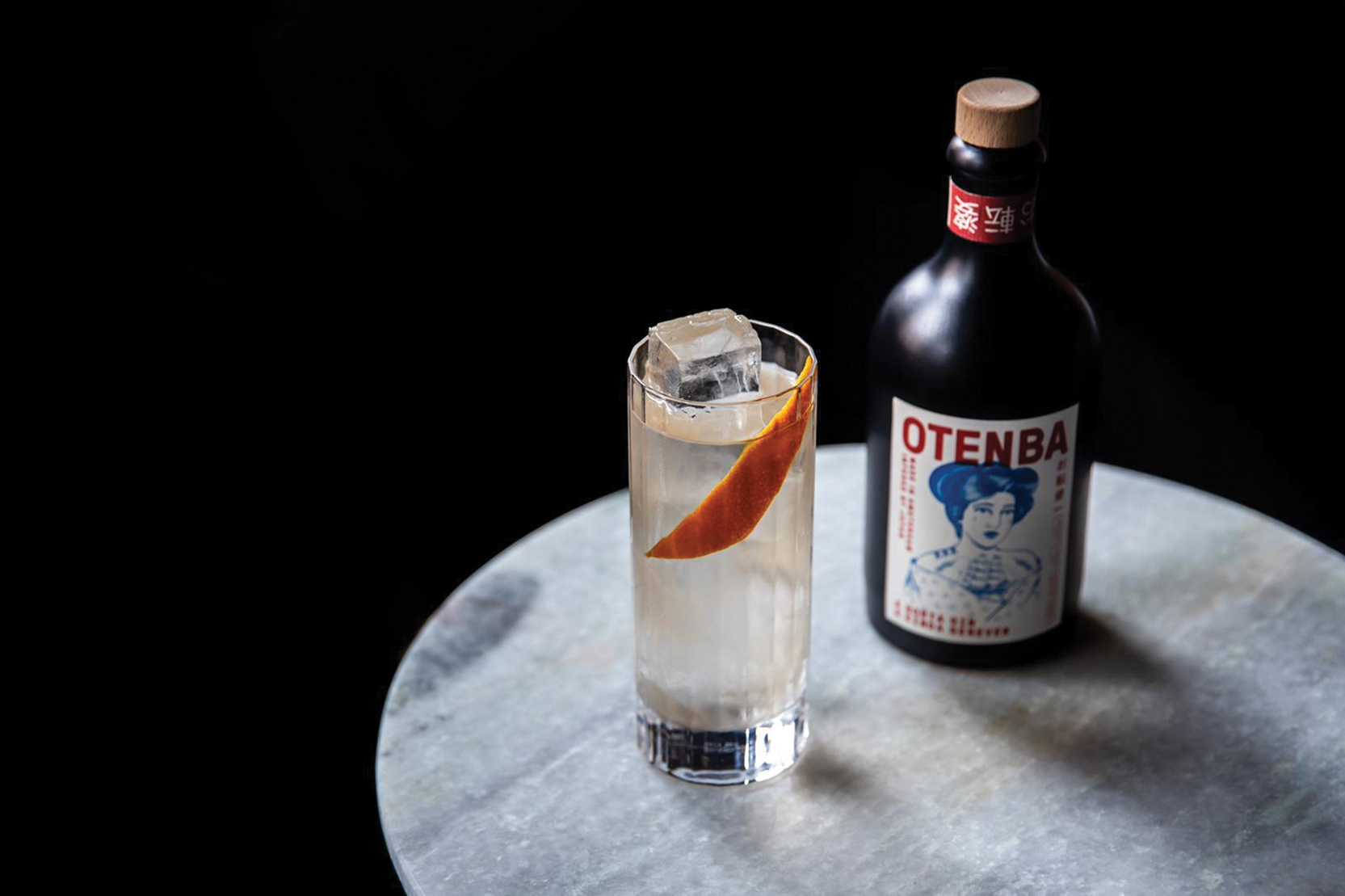 Distillers have never been known to let their creativity be stifled by rules – quite the opposite. For instance, genever is a Protected Designation of Origin and can only be made in the Netherlands, Belgium and small regions of France and Germany. However, distillers across the globe, inspired by genever’s history and flavours, have introduced genever-like products to their ranges.

They’re simply calling it by different names, such as geneva (the Anglicised name for genever which has been around at least since Philip Massinger’s 1623 play, The Duke of Milan) or genièvre, as the French call it. Ginever is another, but that term has never really taken off, perhaps because regulators forbade at least one producer to use it. Finally, there’s Dutch-style gin, which is neither from the Netherlands nor resembles most modern gin. This is the phrase most often used to describe international grain-based gins distilled in pots.

Like actual genever but unlike most gin, the Dutch style heavily relies on its base spirit. Whether it’s barley, rye, corn, wheat or some sort of combination, the base works in tandem with the botanicals rather than providing a blank canvas. Thus, it’s only to be expected that a number of these international genever-style spirits are made by upstart whisky distilleries. They’re distilling a grain spirit anyway, after all; they might as well do something interesting with it until their whisky has matured.

While they are mainly found in the United States, you can see examples of Dutch-style gin everywhere – such as Levantine Gin from Israel’s M&H Whisky Distillery. While the distillery didn’t set out to produce a genever-inspired product, Levantine Gin would certainly qualify: it is made from 100 per cent pure malted barley, mashed in-house and distilled in M&H’s pot still. Juniper and other hand-sourced botanicals from Tel Aviv’s Levinsky market are added before the gin is distilled for a third and final time.

Devine Distillery in Western Canada proudly states that it doesn’t use any neutral grain spirit in its Original Dutch Style Gin: it is made from local malted barley and includes botanicals that would rarely make their way into traditional Dutch genever, such as wormwood, horehound and mugwort.

Some particularly dedicated distillers journeyed to the Netherlands and found their inspiration there – Freeland Spirits’ master distiller, Molly Troupe, travelled from Portland, Oregon together with CEO and founder Jill Kuehler. In 2019, they visited fellow female-operated distillery Rutte, where they went over the many different versions of genever. They also looked in on the National Jenevermuseum in Schiedam and marvelled at employees running the historical equipment. “It was fun geeking out with people who enjoy experimenting with flavours,” says Troupe. “We tasted through a plethora of different genevers. It gave us a much more in-depth view of the category. Then we went across the street to a bar that had the most genevers ever. The bartender was maybe even more knowledgeable than they were at the museum.”

Unlike Troupe, who intentionally flew over to research genever in its natural habitat, Brad Wilson ended up in the Netherlands for his work as a creative director. During his tenure, he visited Wynand Fockink and Van Wees and became captivated by Dutch genever culture, discussing fermentation and grains with both producers. Five years ago, he took that experience back with him to Melbourne, Australia. “I actually started making a genever product,” says Wilson. “We were grinding and handling barley in a coffee grinder and making a 20-litre wash. It had a very malty character. A couple people came and tried it and seemed pretty excited.”

Those were his first steps towards founding Little Lon Distilling, a craft distillery in the heart of Melbourne’s Central Business District. It’s located in a heritage-listed red brick cottage from the 19th century, which at one point used to be a brothel and grogshop. Named after a local character from the neighbourhood’s checkered past, Little Lon Distilling’s Dutch-style gin is called Dutchy Thomas. Wilson works with a brewery to do small fermentations of 300 litres every three to four weeks, filling his still’s vapour basket with grapefruit, juniper, coriander, “and the usual suspects”. He continues, “I knew from the outset that we couldn’t call it genever. It is not the exact same product, but it is our take on genever.”

Like Wilson, Troupe took inspiration from the category and gave it her own twist. She calls her Freeland Spirits Geneva “a kind of Americanised version” of genever, born out of a desire to preview the distillery’s future rye whiskey without having to release a white whiskey. It’s made from a mash consisting of about 70 per cent Oregon-grown rye, supplemented with barley and buckwheat. Many of the botanicals are familiar to gin drinkers, such as juniper, coriander and angelica root – except for one standout. The Geneva also includes Willamette Valley hazelnuts grown on a farm about two hours from the distillery.

Troupe knew from the outset that she wanted to include these hazelnuts, which are a very Oregon ingredient. It’s her own take on the traditional inclusion of almonds. She was also set on juniper, coriander and angelica, but the other few botanicals were a little more playful. “For example, the inspiration for caraway was rye bread,” says Troupe. “Obviously, those go very well together, and I wanted to see how that would work in a distilled product. Caraway can add a mintiness to a distilled product, but ours is more of a smoke. It kind of makes our product taste a little bit more like mezcal than you would think.”

Both Troupe and Wilson describe their products as a hybrid between whisky and gin. They sit somewhere in the middle, but without any maturation in oak. Troupe sometimes finds it difficult to convince people to taste Freeland’s Geneva neat. “Trying to explain this interesting hybrid child is hard,” says Troupe. “But we’re lucky that the people that come into our tasting room are at least willing to take a little bit of a chance on it. If it is someone’s favourite, it is usually someone who is closer to the industry than not. My fellow spirit nerds think it is the most interesting thing in our portfolio.” By contrast, the Dutchy Thomas has become one of Little Lon Distilling’s core products after it was first put out as a tester in the distillery’s on-site bar. Wilson says, “It grew from there and sells like a normal gin would. [It’s] quite a malty spirit, big on the nose and flavour with citrus and that. It’s become a bit of a favourite.”

There’s a Dutch brand that artfully walks the line between genever and gin. Otenba was created by Monique ten Kortenaar before she was named head distiller of Lucas Bols and Wynand Fockink last year. “The gin market is becoming more saturated,” ten Kortenaar states, “so this is an opportune time for genever to strike. I’m confident that there are opportunities for genever, but it depends on how you convey the message to consumers. The differences between gin and genever are often emphasised, but with Otenba I want to showcase similarities.” Otenba legally qualifies as either gin or genever, but is marketed instead as neither – or both. Ten Kortenaar hopes to convince a younger audience and gin fanatics that genever and gin aren’t very different from each other. “I’m showing they can even be the same. I want to show all the possibilities of genever, which I why I came up with Otenba.”

0 comments on “‘Ginivers’: the genever-style gins that you need to try”