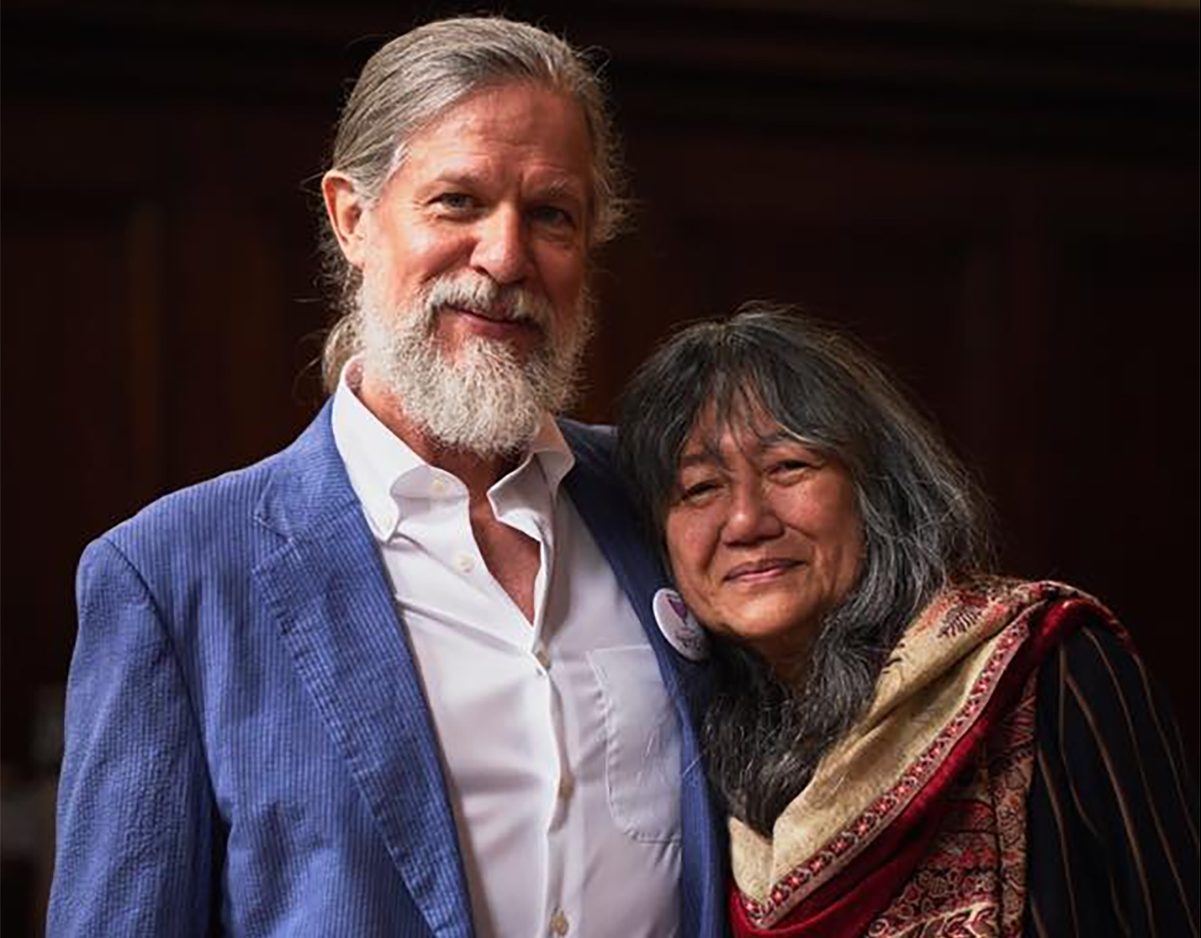 Like a lot of couples, Anistatia Miller and Jared Brown met at a party. They bonded over a mutual interest in drinks. For the past 30 years, they have been researching and writing books on drinks and cocktail history together (although Jared is perhaps better known as Sipsmith’s master distiller). The couple, who live together in south-west England, are now world-renowned for their knowledge on the history of distillation, and have worked to discover the truth behind some of today’s commonly accepted drinks myths – including the origins of gin.

Since the 1990s publication of their first book, Shaken Not Stirred: A Celebration of the Martini, they have released around 20 other original texts, translations and revised editions including the two-part Spirituous Journey: A History of Drink and an edition of The Distiller of London, a 17th-century text by the Worshipful Company of Distillers. Perhaps their highest priority, though, is to share their learnings for the benefit of others in the drinks industry.

Bethany Whymark (BW): When did your interest in spirits start?

Anistatia Miller (AM): I was born into spirits; my dad was in the business. It was considered to be quite a black-sheep moment when I said I wanted to read archaeology… It wasn’t really until [Jared and I] got together and decided we were going to write about spirits that my dad said, “Well, I guess you are my kid after all.” That was about 30 years ago, so it was a long
time between shock, dismay, and finally getting retribution.

Jared Brown (JB): Aged six, my stepfather was fascinated that I was so interested in and articulate about wine. I wasn’t drinking, just tasting and exploring the flavours, and I can still remember the wines that I tasted… At 11, I started raiding the liquor cabinet for base spirits. I remember the first was something like five litres of coffee liqueur, then orange liqueur, raspberry liqueur, and I handed them off to my mother and her friends… I just liked the creative process.

AM: The problem is that he’s a distiller savant, he always has been. “What do you do on your days off?” Well, let’s see whether or not we can make our own homemade Korean makgeolli. Why not? Or, I think we should try making some English maraschino liqueur, just for fun.

JB: We launched this Martini website (martiniplace.com) in 1996. Within six months, HarperCollins emailed and said, “We want to turn it into a book.” It was a young editor at HarperCollins; this was his first acquisition. We then got a call from the managing editor, who said, “Really sorry, nothing personal, but we’re cancelling 217 titles this season, and yours is one of them…” And I said, “I think I owe you an apology… If you take a good look, you’ll see we delivered early and we’re already on press.” She hung up and then rang back a while later and said, “5,000 copies?! I don’t know what we’re going to do with those…” The book went to 17 printings before the publish date. I’m not sure where that managing editor is now, but I think she’s realised that cocktails, to use her words, are not “a dead subject” after all.

BW: How did you get more involved in drinks and distilling history?

AM: It started with the website: we decided it was time to play “Did you know that…?” At the time, we were writing two books that triggered our brains into thinking about history. My first degree was in archaeology and Egyptology, so I have always been kind of history oriented… When we wrote the first version of Shaken, we actually wrote up the top 10 Martini origin myths of all time. We had to reckon which ones were just totally lame, and realised that maybe there was something to this. People wanted to know where this or that drink came from…and we didn’t get it right the first time.

JB: We got it as far as we could based on the information available at the time.

AM: 75 per cent was right, but then a lot of it wasn’t. It started us thinking, okay, let’s start gathering up the information and putting it into little files. You don’t want to know how many external hard drives we own…

BW: How important is it to you that your research can help others?

AM: Officially, it was our 30th anniversary on 31 January this year. In 30 years, we have contributed, I’d say, maybe 70 per cent of what’s in our brains to the industry, so far. We have worked in the industry, we do what we do with the industry. We decided when we first did Café Royal Cocktail Book [sold with proceeds going to charity, as per the dictate of the original 1937 book], we were also doing The Distiller of London (which is actually an interpretation of what exists in The Distiller of London – it is not a direct translation, because you cannot read it, it is all in two codes). We decided that there are some books in this world that just have to be out there for people… You realise there is a certain point in your career where you have to start giving back, and one of those things that we’re really, really head-on involved in is trying to give back as much as we can in terms of knowledge.

JB: Because money should never be a barrier to knowledge.

BW: In your revised edition of The Distiller of London, revelations came to light about the origins of gin…

JB: It simply disproves the idea that gin came over from Holland.

AM: It actually triggered [the realisation], because it went further. I realised that what people had said really came from a certain piece that was written in 1813, which said that [gin] came from Dr Sylvius…

JB: There was an American author in 1813 who made up the story. Everyone after him cited it, but he just stated it as fact.

AM: This is why I decided it’s time for me to get a doctorate in history. I don’t want to sit there and go “What the hell?” as many times as humanly possible… I want the legitimacy of coming in with a journal article from an academic source and saying, “I’m sorry, it’s wrong, and I can prove it’s wrong.” That’s the level we have come to after 30 years – we’ve introduced people to things even we didn’t know were right or wrong, and started the conversation… The idea is that nothing is written in stone. When you look at how much information is getting digitised by all of the major sources and archives, there are going to be things that you’re going to find that are going to change what you originally thought.