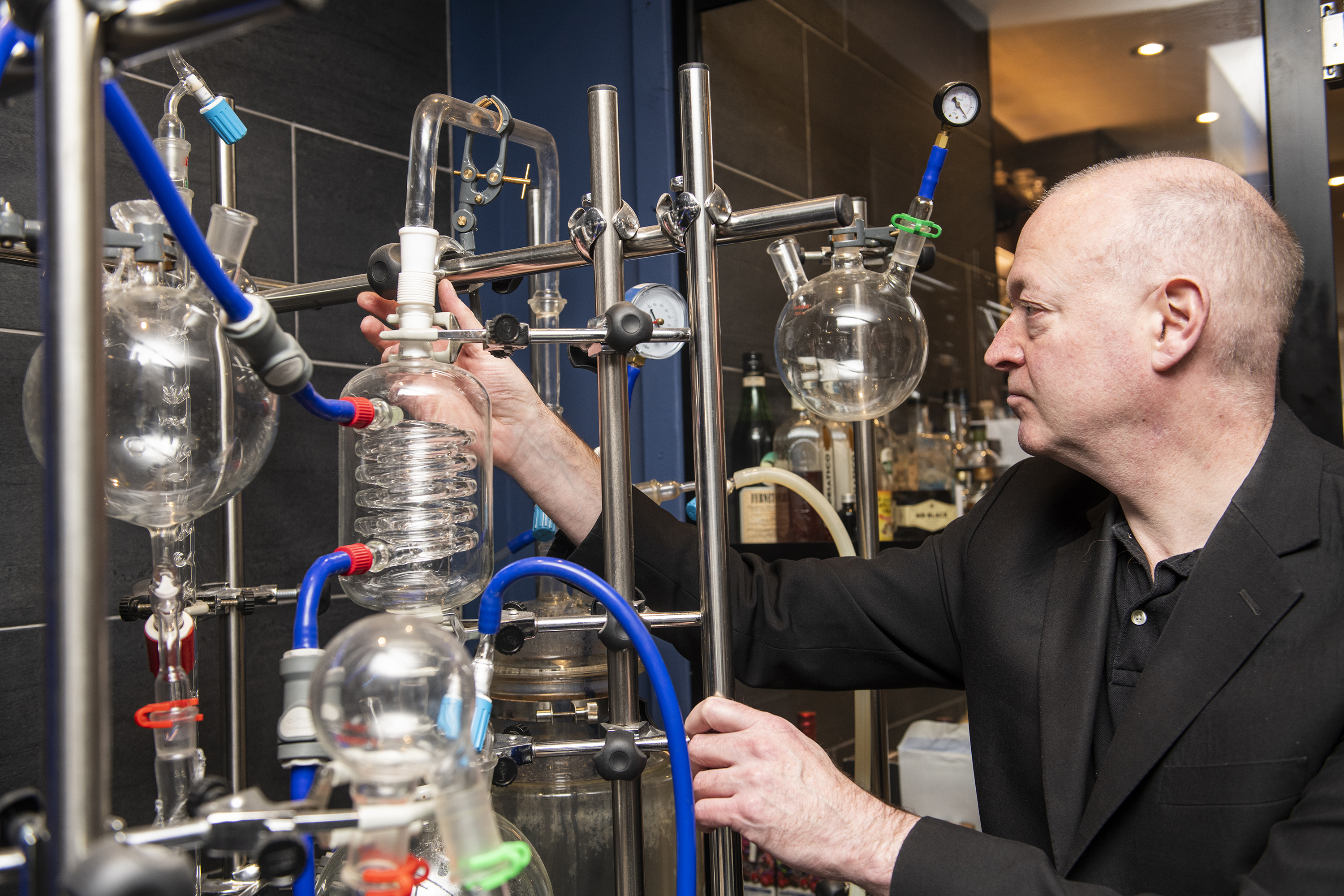 We cast Ian off to our desert island and asked which three gins and a cocktail he’d take with him.

Obviously this has a very special place in my heart as it was the very first gin I created. It’s also incredibly versatile – fresh enough for a G&T, smooth enough for a Martini and bold enough for a Negroni.

I was given a bottle of this by an American who was visiting Highgate as he was a huge fan of The Kinks (The Archway Tavern in Highgate, which is one of our customers, features on the cover of The Kinks’ album Muswell Hillbillies). The freshness of this gin reminds me of my early attempts at distilling gin.

Gordon’s is most people’s first experience of gin. I have a bottle that dates back to 1948 and I love the idea of drinking the actual liquid people would have been making their G&Ts and cocktails with back then.

A Negroni made with Sacred Gin, Sacred Rosehip Cup and Sacred English Spiced Vermouth – a.k.a The Complete English Negroni.