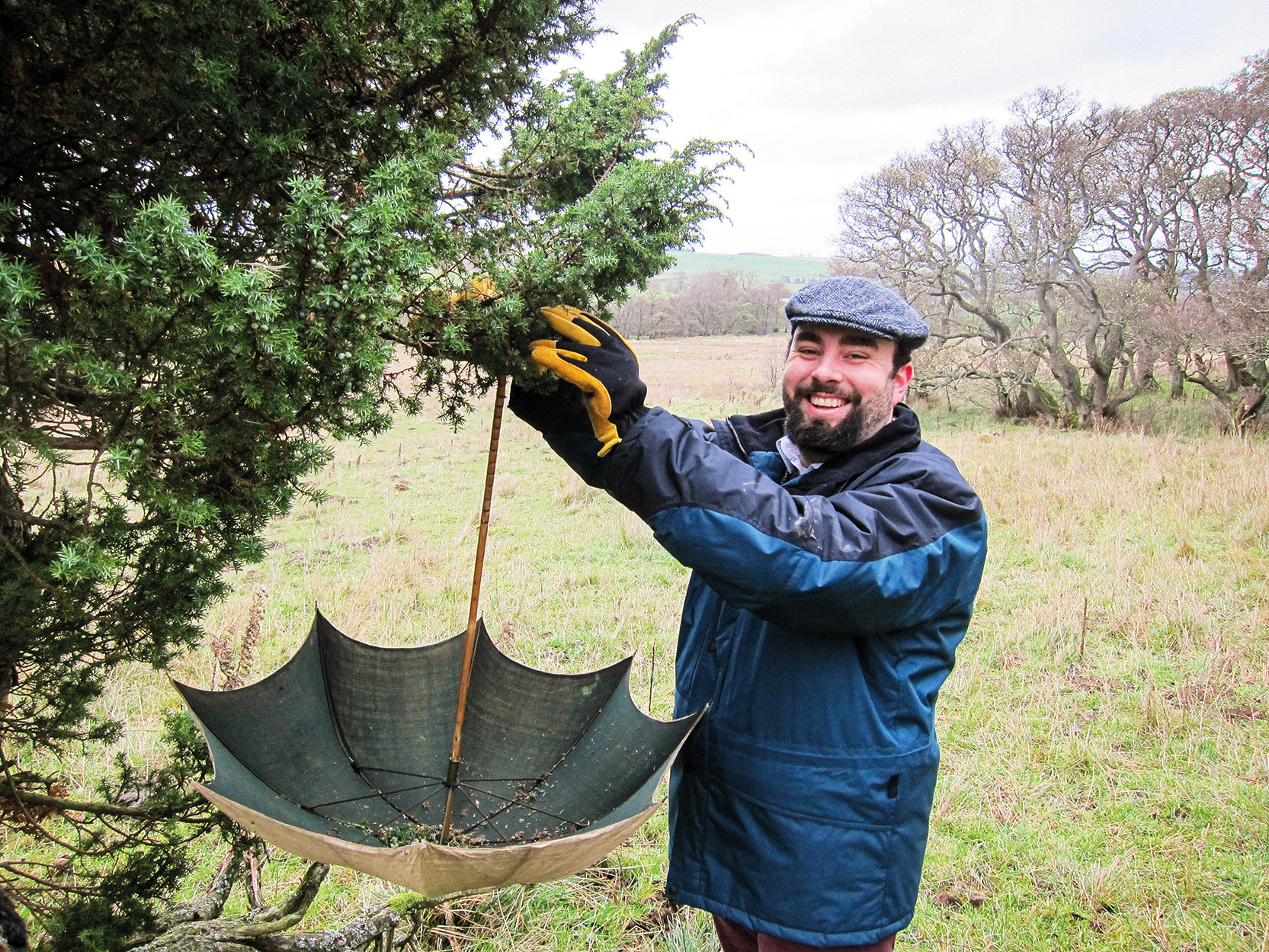 Juniper is an essential element in gin, so how do distillers work to get the most out of these famous berries?

Over the last few editions of Gin Magazine, we have looked at a variety of flavour profiles – from savoury to sweet spice, and from citrus to floral – but now the time has come to address the essential element of gin: juniper.

The term “juniper” is typically used to refer to common juniper (juniperus communis), which is one of three native conifers in the UK. Gin produced for sale in the UK or the European Union needs to be made using at least some common juniper, but may also include other types. After all, there are more than 60 varieties across the globe (although you wouldn’t want to use some of these, since they’re poisonous!).

A range of non-communis varieties are currently being used to make gin, from America to Africa. These junipers are typically sourced locally, being foraged by the distilleries themselves rather than purchased from a botanical supplier.

Foraging for juniper is much harder than it sounds. In some cases, it has to be hand-picked, berry by berry – and then, each berry needs to be inspected to ensure it makes the grade. The tricky terrain where juniper tends to grow also requires a decent level of physical exertion to cross (as I can attest to personally!).

When it comes to juniperus communis, however, most distillers source their berries from botanical suppliers who endeavour to provide a high-quality, consistent supply. But some distillers do source common juniper for themselves by foraging in their local area. Lorien Cameron-Ross of Loch Ness Distillery refers to their juniper as “black gold”; she personally harvests it from land that her ancestors have lived on for centuries.

Jonathan Engels of Crossbill Distilling started making gin in 2013. Crossbill’s gin is made using only two botanicals, common juniper and rosehip, which are both foraged exclusively from the Scottish Highlands. For the Crossbill 200 special edition, all the berries come from a single 200-year-old plant – the ultimate expression of terroir.

Juniper bushes used to be prolific across Britain, but clearance for pastoral farming and overgrazing by sheep and deer meant that numbers declined steeply over the centuries. For a population of juniper bushes to be self-sustaining, there needs to be a minimum of 100 bushes in a given area. This is partly due to their relatively inefficient cross-pollination – you could call juniper bushes the pandas of the conifer world.

Hepple Gin, distilled on an estate on the Northumberland moors, is made using juniper from three sources: Macedonia, Italy, and green juniper from the Hepple Estate itself. Each adds a different character to the gin, resulting in a nuanced juniper flavour. Hepple also uses three different production methods to make its gin: pot distillation, vacuum distillation, and supercritical extraction (which involves using super-chilled carbon dioxide to extract the flavour from juniper berries).

Hepple’s attention to detail with its use of juniper is illustrative of many distillers’ ingenuity: some use vapour infusion, some macerate the berries for various lengths of time and in spirit of various alcoholic strengths. All these differences can change the flavours that are ultimately extracted.

Another example of innovation in the use of juniper is Citadelle’s Saison de Witch. Released in 2019, this gin is made using smoked juniper, which gives it an incredible resinous smokiness, but in an elegant way.

Not content with using just juniper berries as a botanical in their gin, some distillers have also embraced the influence of juniper outside of the gin – that is, by putting gin into casks made of juniper wood. The first to do this was Jon Hillgren of Hernö in Sweden. Launched in 2013, Hernö’s Juniper Cask Gin is aged in Ankare casks, a special size (roughly 39.25 litres) used back in 17th-century Sweden.

The gin spends around 30 days in the barrel; the juniper wood merely kisses the spirit, but it certainly makes its influence known. The process turns the juniper flavour up to 11, complementing it with resinous, honeyed wood notes reminiscent of cedar. A tip: the gin is even more impressive when sipped straight from the freezer.

In 2015, Blackwater Distillery in Ireland also released a gin that had been rested for a short time in small juniper wood barrels. One of the known issues with making barrels out of juniper wood is that, as it is particularly porous, they can be prone to leaks. As a result, if large barrels were used or the spirit was aged for years, there wouldn’t be much spirit left!

Wind forward to 2022, and there are two new additions to the world of juniper cask-aged gin. The first is from the aforementioned Citadelle in France: to celebrate its 25th anniversary, the brand released Juniper Decadence, which is aged in 100-litre casks. Given the difficulty of coopering juniper wood casks, the barrels have been specially made with straight sides.

Hernö, too, has a new release: Slow Sloe Gin is a sloe gin aged in juniper wood casks for four months. The result is remarkable: the resinous pine of the wood works exceptionally well with the richness of the sloe and cherry flavours.

When it comes to soft drinks, there are various tea bags that include juniper berries, although they typically also include other ingredients, as juniper doesn’t release a lot of flavour when brewed in hot water (it really needs alcohol to extract its characteristic flavour). Taylors of Harrogate makes an Apple and Juniper Tea, which is fruity with just a hint of piney juniper, and makes a rather fine accompaniment to gin with a wedge of lemon. Although I have yet to try it, I know that Tezo in the United States makes a Juniper, Mint and Honey Tea that it says is “inspired by the Rocky Mountains”.

There are a number of other juniper soft drinks available in the United States, including Dry Juniper Berry Soda from Seattle and Dona Juniper Lime Soda. Some producers include juniper in tonic waters, including Fentimans and the London Essence Company. Beyond these, most non-alcoholic juniper flavours come in the form of syrups. In my experience, Monin’s Gin syrup is probably the best.

Juniper berries can also be found in a number of different herbal liqueurs, usually as one of a long list of ingredients; the most famous one to disclose the use of juniper is Bénédictine. Nardini’s Ginepro del Grappa liqueur is made with a grape base and juniper distillate, and is excellent served over ice or with an espresso as a caffè corretto.

In collaboration with distiller Lauren Patz and Spirit Works, That Boutique-y Gin Company created a Crème de Juniper liqueur made by distilling juniper before ageing the result in ex-wheat whiskey barrels. A pair of headphones was placed on the barrels during the ageing process, through which songs with the word “gin” or the name of a gin brand in the lyrics were played.

Borovička is a juniper spirit or juniper brandy from Slovakia and the Czech Republic. It is typically made from a combination of re-distilling juniper berries with grain alcohol (in the same way that gin is made), but many producers also include fermented and distilled juniper spirit (juniper brandy): juniper berries are milled to a powder before being added to fermentation tanks with yeast, etc. The ratio of juniper distillate to juniper brandy varies depending on the quality of the product: cheaper varieties will tend to contain a lower ratio of juniper brandy, while expensive varieties have a higher ratio, which helps to give the multi-dimensional flavours of juniper that fans of this spirit adore.

While only a small volume of Borovička is distributed around the world, it is often possible to pick up a bottle in a local Polish or Eastern European food shop.

Adding a splash of Borovička – maybe three parts gin to one part Borovička – to your favourite cocktail recipes can add a lovely burst of resinous pineiness; it’s superb for a gin and tonic, a Martini, or a game-changing Negroni.

How about trying juniper in wine form? Junique is a Greek aperitif by Castro Spirits that mixes white wine and juniper extract. For fans of the berry, this makes a delightful pre-dinner drink served cold or over ice, or used as an alternative to vermouth in a white Negroni or Martinez. The fruity wine flavours are combined with a slightly bitter herbaceousness and the resinous pine notes of the juniper.