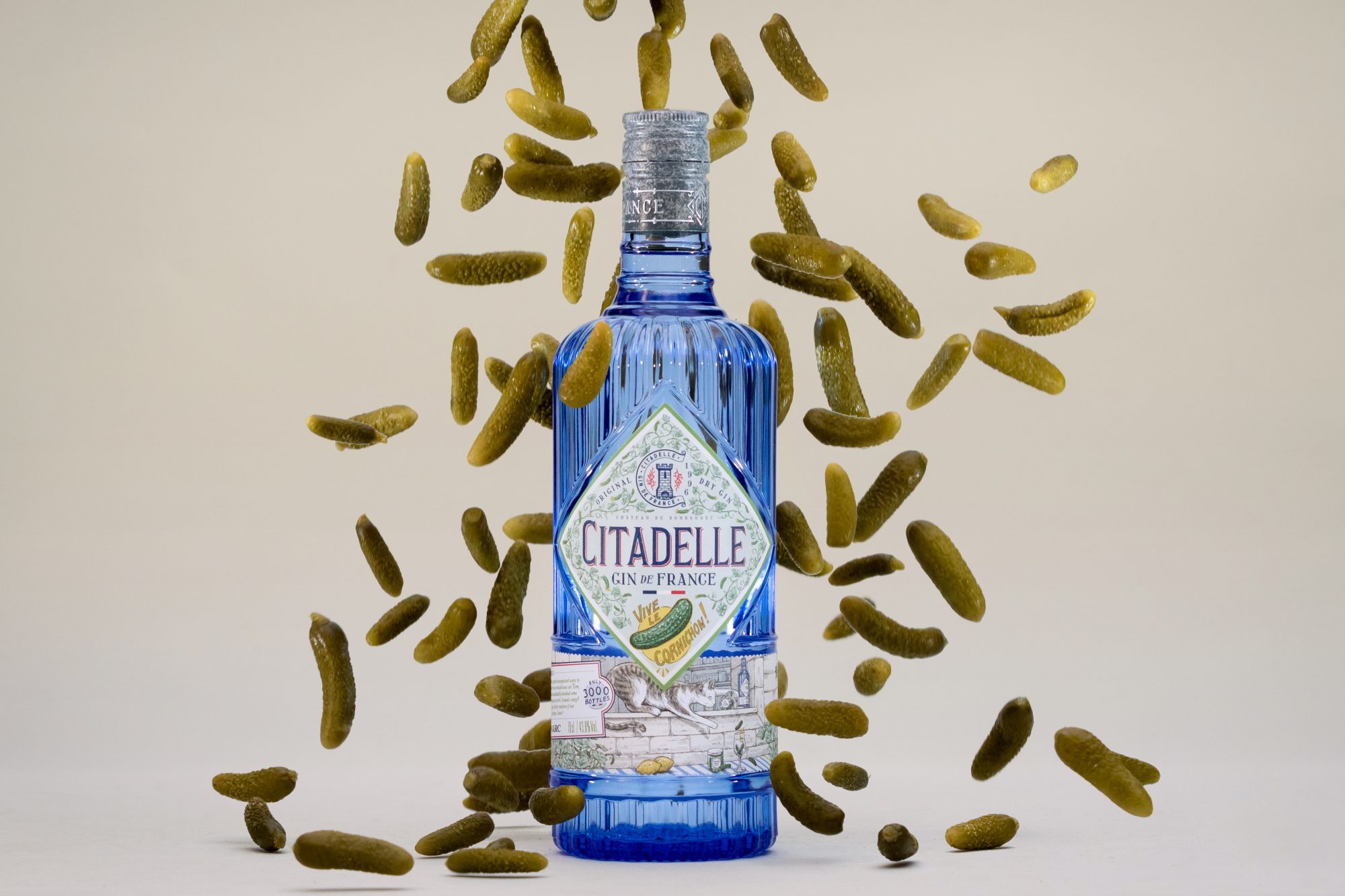 Citadelle is celebrating a true symbol of French cuisine in its new gin, Vive le Cornichon, distilled with real pickles.

It is the first release in the French gin brand’s new experimental series “Les Excentriques”, which will explore unusual seasonal ingredients.

The inspiration for the new gin supposedly came when the distillery’s cat, Little Tom, knocked a cornichon into a gin and tonic at a Citadelle barbecue.

Vive le Cornichon was developed by master blender Alexandre Gabriel and distilled in the new Citadelle distillery, at the Château Bonbonnet in northwest France.

The cornichons are sourced from Maison Marc, a Burgundy-based business which grows its cucumis sativus without herbicides, insecticides or preservatives and picks them by hand.

Produced by French spirits company Maison Ferrand, Citadelle Gin is made using a patented progressive infusion technique. This sees the maceration time and alcohol levels adapted for the distillation of each botanical to capture the best aroma and flavour. In Vive le Cornichon, the pickles were also distilled using this method alongside the base gin’s 19 botanicals.

Citadelle says the new gin has herbaceous notes of juniper and aniseed on the nose, with salt and vinegar on the palate and touches of mustard in the finish. It recommends serving it in a “dirty” gin and tonic or a Pickle Martini.

1 comment on “Citadelle launches gin made with cornichon pickles”