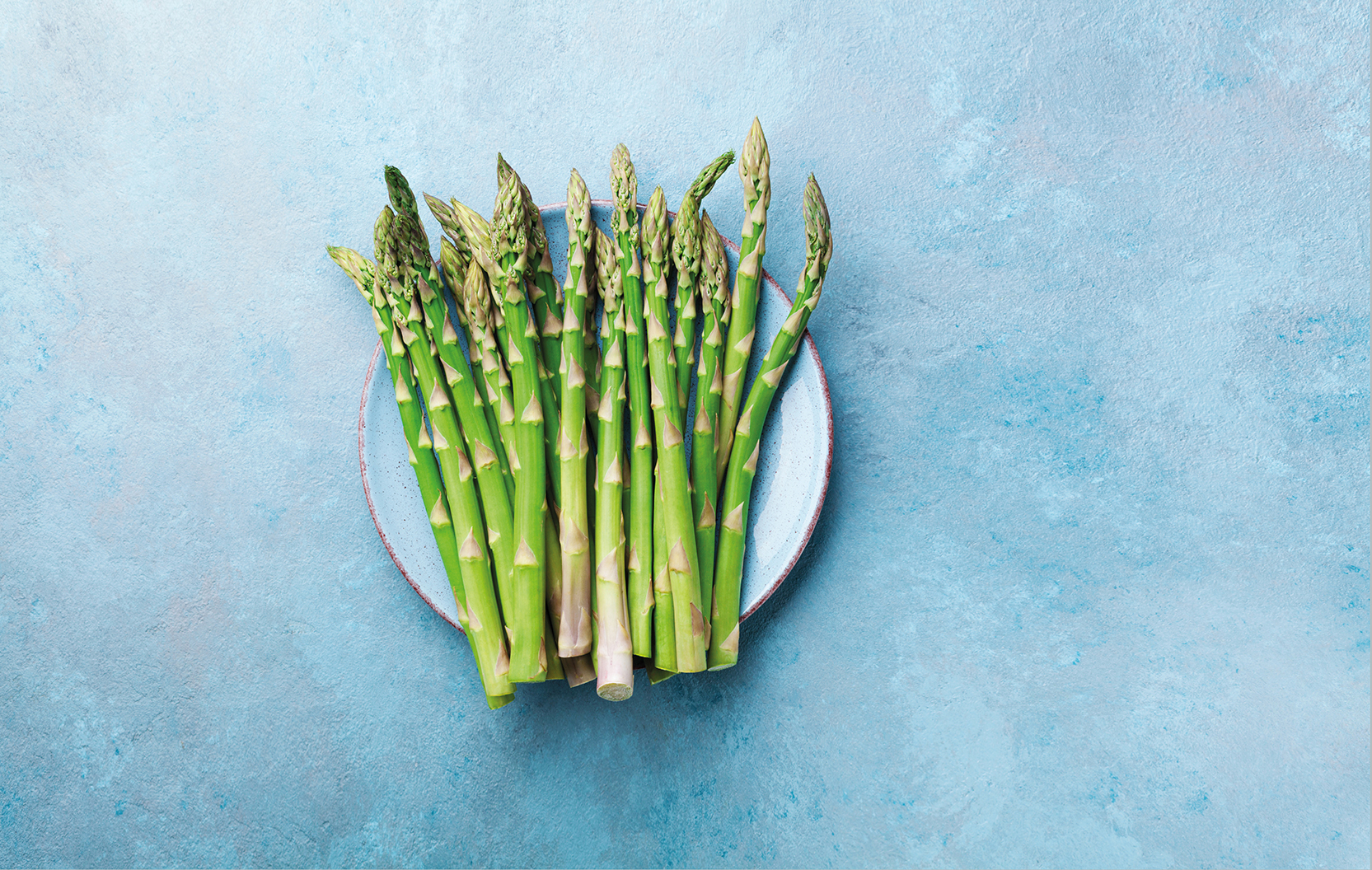 Faced with a mounting surfeit of asparagus in the early 20th century, Californian distillers came up with an ingenious solution

One Monday morning in April 1910, 3,000 boxes of fresh asparagus were burned.1 On Tuesday: “Tell them to come down and they can have all the asparagus they can haul away, providing they leave the boxes, which cost money.”2 On Wednesday, the remains sat rotting in the sun. Mercifully, on Thursday, the San Francisco Chronicle wrote that “the mountainous rows of asparagus boxes that lined the sidewalks for the past few days…” were finally gone.3

California had an asparagus problem.

In 1910, “more farmers engaged in asparagus production…than ever.”4 Much of this was happening in the Sacramento Valley, where vintner-turned-rectifier Norman W. Folsom was working at the California Winery. “The market is glutted with the grass,” one reporter wrote, hopefully adding, “the producers and shippers will no doubt find means to broaden their market before another glut can occur.”5

California had found an asparagus solution.

Asparagus gin has been something of a curiosity in the gin community for quite a long time. It frequently appears in books chronicling flavoured gins of bygone eras, and often arouses a combination of bewilderment and disgust. However, the story of asparagus gin also tells a story about American drinking culture, the people who made spirits, and how they persisted.

A brief history of Prohibition in America

In 1919, the United States passed the 18th amendment to its national constitution. The law read: “After one year from the ratification of this article the manufacture, sale, or transportation of intoxicating liquors… for beverage purposes is hereby prohibited.” Importing and exporting were further explicitly banned; drinking, however, was not outlawed. The law went into effect on 16 January 1920 and would hold for nearly 14 years.

The law was the result of nearly a century of lobbying by a coalition of special interest groups, aligned in creating a more moral and economically productive United States through the abolition of drinking. Despite ultimately getting their desired law passed, these groups did not win the hearts, minds or bellies of most everyday Americans.

The archetypes of American Prohibition drinking culture are so well established
as to feel cliché: maybe it’s homemade hooch and bathtub gins, or maybe it’s Al Capone and other bootleggers smuggling spirits into big cities. Or, maybe, it’s a local speakeasy dressed up as a funeral parlour.7

Regardless, there was a fully legal way that Americans could obtain alcohol during Prohibition. In 1929, American pharmacies filled more than 11 million prescriptions for whisky alone. In some corners, American doctors cited that “spirituous liquor…saved many lives during the great Influenza pandemic of 1918-19.”8

Prohibition did not ban – but nor did it guarantee – access to medicinal alcohol. Certainly, if a distiller saw Prohibition coming, they could still carve out a living making medicinal products, if doctors and pharmacists sought the proper permits. The San Francisco and Pacific Druggist wrote concerningly in 1921 that only 22 per cent of doctors nationwide had permits to prescribe alcohol. The Volstead Act discouraged doctors from seeking proper licenses: “…it is clear that whiskey is losing out, not only as a beverage but as a bona fide medicament.”9

Patent medicines were another issue altogether. Many used alcohol as a base, and they were only considered liquors if they were “fit for use for beverage purposes”.10

Although the 1916 state commission reported that the ‘asparagus gin’ industry was new,11 as a medicine, the idea was quite old. An 1855 recipe, published in a medical journal, suggests 5lbs of juiced fresh asparagus tops, cut with one pint of rectified spirit.12

Norman W. Folsom, founder of the most famous purveyor of asparagus-flavoured gin, the Folsom Asparagus Gin Company, first began producing in the early 1910s. The gin was bottled at a fairly robust 30% ABV. Labeled as a “compound” gin directly on the label, it had a deep ruddy hue and combined a supposedly medicinal “double stamp” gin with juice from “California asparagus”.

Advertisements for Folsom-brand gin began to appear in local newspapers in 1914. It was unabashedly marketed as a diuretic – “a very pleasant tonic recommended for kidney and bladder troubles,” and (almost as an afterthought) “agreeable to the taste.”13  Even at the time, the medical establishment was sceptical of 20th-century patent medicines peddling 19th-century cures. In 1915, the California State Board of Health wrote scathingly in its monthly bulletin that “gin is of no value in the treatment of diseases of the genito-urinary system,” elaborating that it was, in fact, contra-indicated for those very diseases.14

Despite being condemned as “misbranded” by the medical authorities, Folsom gin continued undaunted. The label was tweaked to eliminate some of the bolder medical claims to comply with rulings, and Folsom himself formally incorporated the brand as a standalone company in 1916 – with an infamous acronym and a charming logo depicting two bears cuddling a cluster of asparagus spears. The company was incorporated in Carson City, Nevada, with US$1,004 (US$25,000 or £18,500 today) of capital put up by serial investor John M. Chartz.15 The stock arrangement was not favourable to Norman Folsom – though his name was on the company, it wasn’t truly his.

Despite being marketed as medicinal, Folsom gin was clearly being drunk recreationally.

“This was the moment Posey selected to go to the mantelpiece for a jug of asparagus gin… ‘got some glasses?’” wrote Kenneth Perkins, a California resident, in his 1921 novel The Bull Dogger. None of the characters remark upon the unusual first choice of spirit. After all, comes the reply, “there’s plenty of time…let’s have a couple of rounds.”16

And Folsom’s Asparagus Gin was found at saloons far outside his local market. When the proprietor of the Clifton Saloon in New Mexico suddenly passed away, his estate sold off the remaining wares: cigars, rum, rye whiskey, ‘California Wine’, and several cases of Asparagus Gin.17

People went to great lengths to hide their medicine. Construction work in 2019 revealed several full bottles that had been meticulously stashed underneath a San Francisco floor.18 Even bootleggers were getting in on the action: at one point, federal Prohibition enforcement seized “$14,000 worth of imported liquor, including asparagus gin and other high proof beverages.”19 (The feds could just as easily have found asparagus gin at their local pharmacy: in the “Patent Medicine” department, a case retailed for US$9, the equivalent of US$120 or £89 today.)20

As the feds confiscated their work, distillers went underground. Folsom, who listed his profession as “rectifier” in the years before Prohibition,21 suddenly started referring to himself as a chemist.22 However, the burgeoning pharmacy and bootleg industries weren’t enough to keep the Folsom Asparagus Gin Company in business. By 1922, Norman’s venture had proved insufficiently profitable, and the investors shuttered its doors. But although the venture was short-lived, the gin has somehow lived on.

If it wasn’t obvious from the recreational drinking of asparagus gin, it became clear to many people, including those who fought hard for Prohibition, that banning alcohol just wasn’t working. Many Americans openly flouted the regulations; spirits continued to flow, and attempting to police the trafficking thereof was costing cities a great deal of money. These expenditures felt even more frivolous in light of the major recession which hit the US after the stock market crash in 1929. Thus, American Prohibition came to a merciful end on 5 December 1933. Norman W. Folsom continued to work as a chemist and distiller until his death in 1938.

Compounded asparagus gin, as Folsom made it, hasn’t appeared again on the market, outside of the rare auction here and there, since the earliest days of Prohibition. However, modern distillers haven’t given up on the humble vegetable as a botanical. In 2015, Portobello Road released a limited-edition 1,000-bottle run distilled with British asparagus.23  While not the first asparagus gin, it was the first London Dry Asparagus Gin. Worcestershire-based Hussingtree Gin also launched a gin distilled with asparagus among its botanicals in the late 2010s. Though it seems less likely that gin fans 100 years from now will find Portobello Road and Hussingtree Asparagus Dry Gin bottles buried underneath cottage floors, it seems fair to say that we haven’t seen the end of asparagus gin.