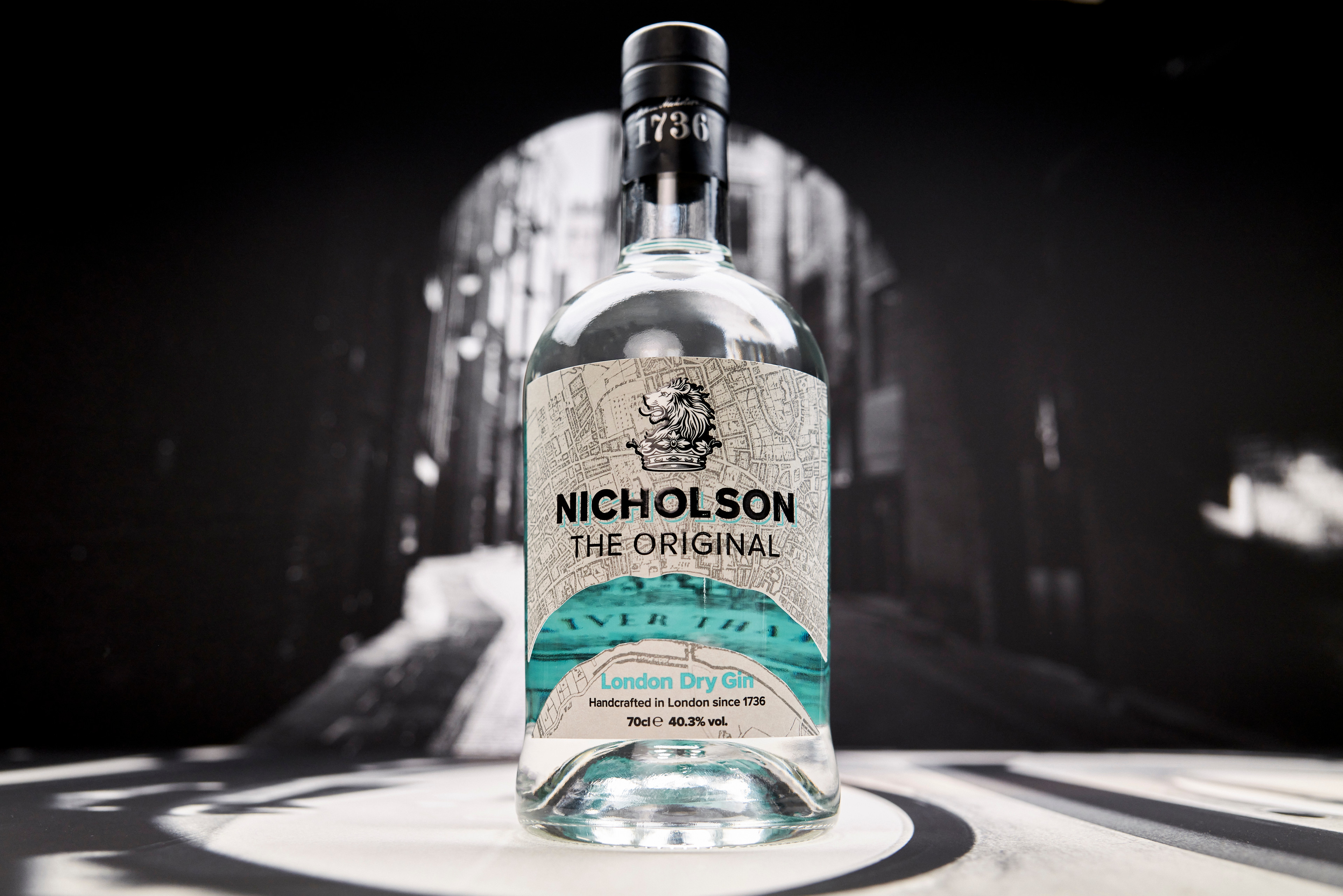 Nicholson, one of the oldest brands in British gin history, is hitting the shelves again following a rebrand for the 21st century.

Founded in 1736, Nicholson was a pioneer of London dry gin and, later, flavoured gins. At its peak, Nicholson Gin was sold in more than 100 countries worldwide. It was also a go-to for bartenders, appearing in The Savoy Cocktail Book, The Waldorf Astoria Bar Book, and Harry’s ABC of Mixing Cocktails by Harry MacElhone, from Harry’s New York Bar, Paris.

Despite its prestigious history and former glory, Nicholson has so far remained fairly quiet in the modern gin movement. However, in August 2021, a new team acquired a majority stake in Nicholson with a mission to reinvigorate the brand.

The gin is relaunching this month with a new bottle and branding, paying homage to its London heritage with images of old city maps. It is also launching a revamped website, complete with online shop. An exciting summer events programme is planned to celebrate the relaunch.

Alex Johns, CEO of Nicholson, said: “We want to reinstate Nicholson Gin as one of the world’s premium gins again. Working with some of the world’s best designers, we have incorporated Nicholson’s unique heritage into our new design by using an original map of London from 1736 for the front label, together with the Nicholson Lion, the original kitemark for gin quality, which stands proud at the top of the bottle. It’s old meets new, striking, memorable and contemporary.”

Find out more at nicholsongin.com.