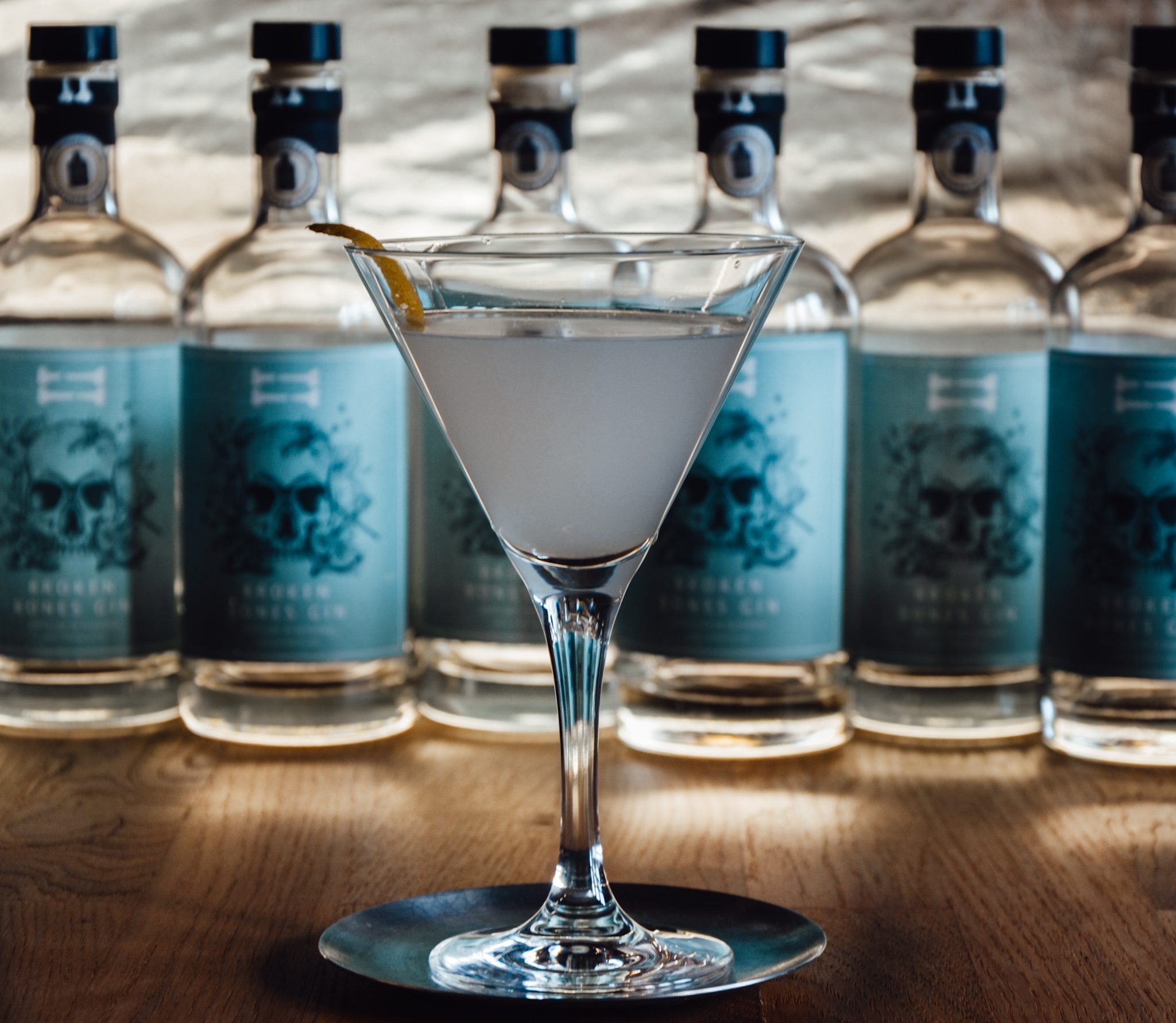 “Would you like a navy strength gin?” It’s a question that inspires enthusiasm, or trepidation, as ‘navy strength’ is understood to be an ultimate experience. The strength is typically 57% ABV, but there is no legal definition. Similarly, when, where and how navy strength evolved is variously explained, but evidence is usually vague or absent, which means trusting in both supposition and logic.

One definite fact is that the Royal Navy introduced a daily spirits ration in 1850, typically gin or rum, amounting to a ‘tot’ (1/8th of an imperial pint, around 71ml), though a financial allowance of three pence could be claimed instead. Gin was supplied at proof strength (equivalent to 57% ABV), which was the highest strength available, and perceived as a hallmark of quality. As the Royal Navy was exempt from paying excise duty, purchasing proof strength spirits maximised the privilege.

It’s often said that sailors knocked back rum, while gin was reserved for officers, suggesting a class-based division. But gin’s proletarian status (until the late 19th century) would have made it unacceptable to officers. Madeira, sherry and port had the appropriate credentials, with officers personally ordering and also paying for their supplies.

However, gin did reach officers’ palates in medicinal guises to prevent scurvy, combined either with lime juice (a prototype Gimlet) or with Angostura Bitters (also known as Pink Gin). Gin’s gentrification in the 20th century led to the G&T being hailed as ‘thoroughly civilised’, and gin was the toast of the officer class.

The spirit ration ended in 1970, but the term ‘navy strength’ emerged during that decade, originally in connection with Plymouth Gin. Considering the distillery was in the same town as a distinguished naval base, this was surely destiny.

While Plymouth continues to be an exemplar of navy strength gin, the breadth of choice has expanded in the past decade, from Hernö in Sweden to Four Pillars in Australia. A navy strength is typically released after a distillery’s ‘regular strength’ gin, which anchors the brand and generates the greatest sales. Demand for navy strength peaks among connoisseurs and bartenders for use in cocktails, but however the gin is served, the role of alcohol is key.

Jamie Baxter, master distiller at Craft Distilling Services, says, “Alcohol carries flavours, gives body and contributes to mouthfeel; it’s the glue that holds everything together. A higher ABV can accommodate more pronounced flavours and people expect navy strength gin to be incredibly intense, but there’s no reason why it can’t be elegant.”

How alcoholic strength influences flavour can be seen by comparing a gin that uses the same distillate for regular strength and navy strength (the only difference being the amount of water added to reduce the strength for bottling).

Hernö Gin founder Jon Hillgren explains how these differences play out in his own gins, “Spirit comes off the still at 77-78% ABV, and we assessed all strengths down to 37.5% ABV. This resulted in Hernö Dry at 40.5% ABV, and Navy Strength at 57%. The biggest difference is that juniper and spicy black pepper are more dominant in the Navy Strength.”

Scotland’s Seven Crofts was similarly assessed to ensure a full-flavoured, juniper-led gin whether bottled at 43% or 57% ABV. The differences between the two strengths are more striking; there are bright citrus notes up front at 43%, but at 57% fruits of the forest replace citrus (although lemon peel is the only fruit botanical used).

The brand’s head distiller Ben Thompson explains, “This change is down to pink peppercorns, which give blackberry and forest floor notes. Fisherman’s Strength is also sweeter, thanks to pink peppercorns, cardamom and the higher-strength alcohol, which was a surprise and a bonus. Cubeb gives menthol [and] spice, and peppercorns give spice. I like a full spectrum of flavour.”

The reason for such changes is that different flavour compounds extracted from the botanicals become soluble (i.e. dissolve) at varying alcoholic strengths. When a flavour compound is soluble it effectively disappears within the alcohol, and when insoluble it appears and is discernible on the palate. Consequently, changing the alcoholic strength sees flavours appear, move into the foreground or background, or disappear.

Martin Murray, founder of Dunnet Bay Distillers, says this effect is pronounced between the original and navy strength versions of the company’s Rock Rose Gin. “The navy strength version… is more juniper led and spicier, with cinnamon and cassia coming through more, while lemon verbena provides background notes… The original has lemon verbena and floral notes at the forefront,” he says.

Ascending the alcoholic scale is a trade-off; you lose some notes, but you gain others. Charles Maxwell, head distiller at Thames Distillers, explains that very few gin brands offer spirits at 40% and 57% ABV using the same recipes. “A big, beefy gin can withstand that level of alcohol, but taking a light, floral style of gin from 40% up to 57% can see it swamped by alcohol and some refreshing notes can be lost, so the recipe may need adjusting,” he says.

Adjustment opportunities include the quantities and proportions of the botanicals. At Hayman’s of London, all its gin recipes have the same 10 botanicals, but in varying proportions. Co-owner James Hayman explains, “Our naval strength gin, Royal Dock, is more spicy and peppery, as these notes work well at a higher strength. The regular strength London Dry is more citrus, though you can also have a navy strength which is citrus forward. Whichever flavours are more prominent, it’s all about balance.”

For Broken Bones Gin in Slovenia, increasing the quantities and changing the proportions of the 10 botanicals used in its London Dry Gin at 45% ABV was the route to a more intense spirit at navy strength. The distillery team modified the proportions of some botanicals, including doubling the amount of juniper, which they say has helped to bring out more light, fresh citrus notes.

Balancing botanicals with alcoholic strength is the usual approach to creating navy strength recipes, but for Sipsmith master distiller Jared Brown, it happened the other way around. He used three methods to extract essential oils from juniper berries: macerating prior to distilling, adding juniper to the pot just before distilling, and a vapour infusion basket. “Each method extracts an individual flavour profile from juniper, and we were using all three simultaneously in our pot still, but couldn’t get the result we were looking for when sampling at the usual strength of Sipsmith gin at 41.6% ABV,” he explains. “Then a distiller advised me to raise the strength, and it worked at navy strength, giving a rounded gin with spice and sweet citrus.”

Balancing navy strength with the influence of barrel ageing is another approach. Hernö releases a different expression annually using this method: gin is barreled at 75% ABV and matured for 60 days, typically in ex-bourbon barrels. The next release will be a cask-aged navy strength Old Tom.

0 comments on “Navy strength: how to distil a higher-strength gin”