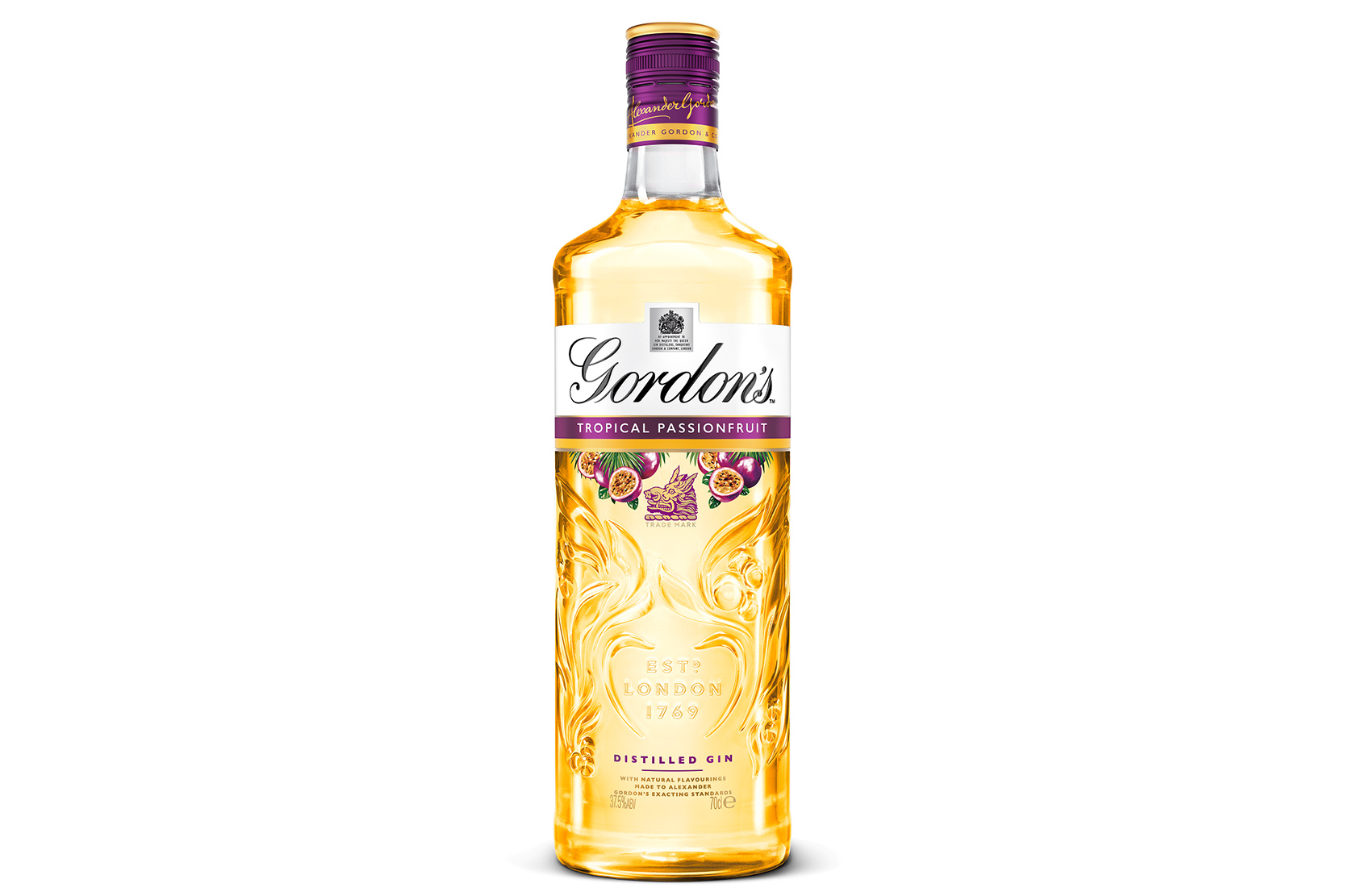 This tropical twist on the original Gordon’s recipe launches in Morrisons and Asda this week, with a wider roll-out in stores and bars from April. Gordon’s is supporting the launch with a £700,000 marketing campaign, including broadcast and digital advertising and social media activity.

The range of Gordon’s flavoured gins includes Premium Pink Distilled Gin – the biggest spirits launch in the on- and off-trade in the last five years, according to Nielsen – as well as Sicilian Lemon, Mediterranean Orange, and White Peach gins.

Jessica Lace, head of Gordon’s GB, said: “Following the success of Gordon’s Premium Pink Distilled Gin, this new innovation will continue to engage the interest of gin drinkers as well as recruit a new audience into the category. Gordon’s Tropical Passionfruit Distilled Gin exudes passionfruit to perfection and is a fantastic option for people seeking new ways to enjoy their favourite G&T.”

Alongside the Passionfruit Distilled Gin, Gordon’s has released a Morello Cherry expression, which is available exclusively at Sainsbury’s.

Flavoured gins have been leading the growth of the category for the past few years. According to the Wine and Spirit Trade Association (WSTA), sales of flavoured gin broke the £500 million barrier for the first time in the UK in the year to April 2021, up 37 per cent year-on-year. Some 30 million bottles were sold, equating to around 40 per cent of the total gin market by both volume and value. The WSTA predicts this share will increase.