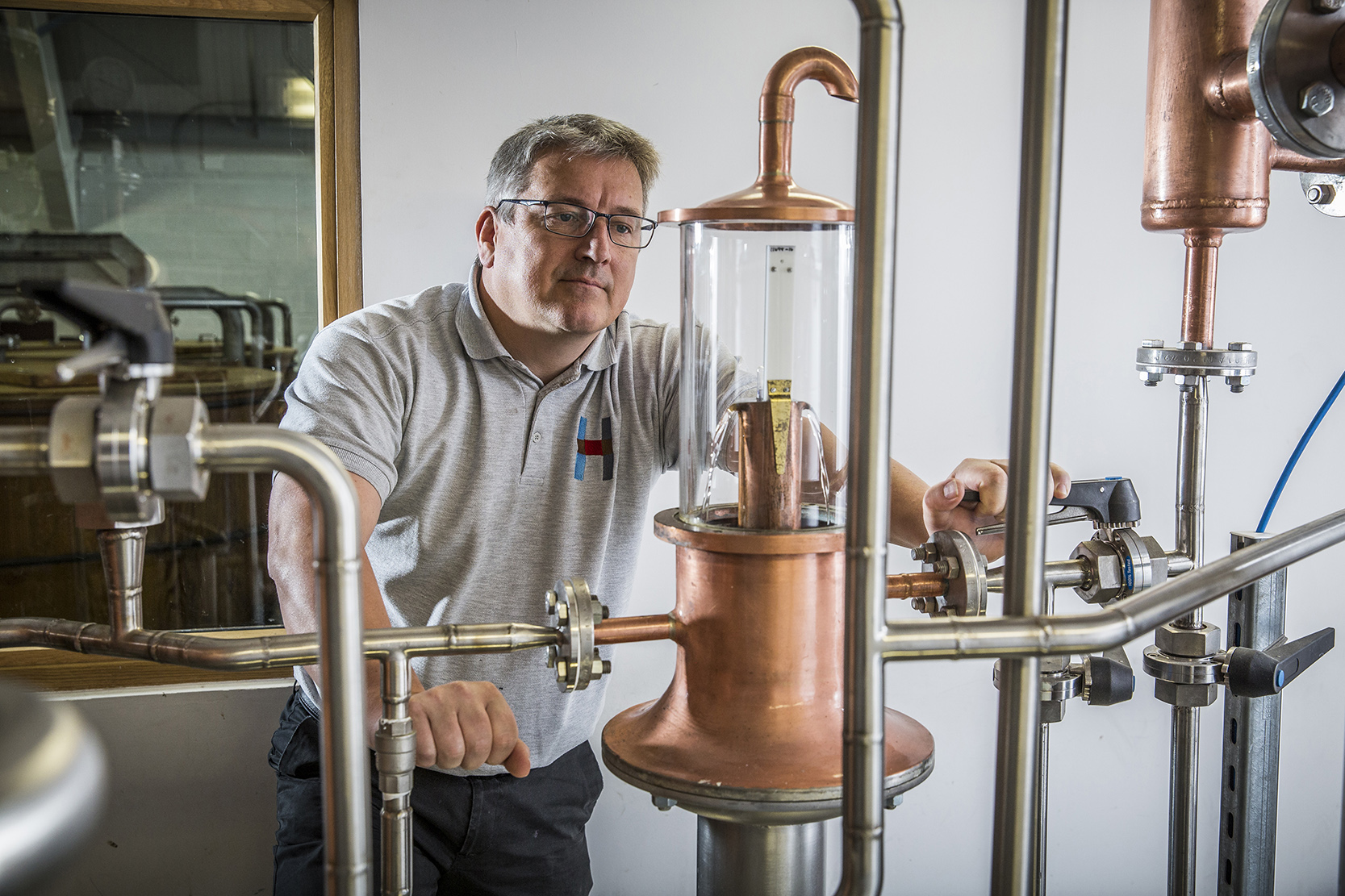 Did you know that “alcohol” isn’t simply the spirit in your glass or the base of your cocktail? Alcohols are actually a family of chemical compounds, but the one that matters to spirit makers is ethanol.

Ethanol, or ethyl alcohol, is the particular chemical compound that you’re aiming to isolate during the spirit distillation process. There are other types of alcohol, including methyl (or methanol), propyl and butyl, but ethyl alcohol is the only one humans can consume.

Ethanol has a boiling point of around 78.2ºC, slightly lower than water. Therefore, during the distillation of a low-strength alcoholic wash, the ethanol will boil and start evaporating before the water does. Other compounds present in an alcoholic wash, including methanol and fusel alcohols, have lower and higher boiling points than ethanol, so they will evaporate at different points during the distillation process.

In a column-still distillation, different compounds are isolated on condensing plates located at different points up the column. Lighter compounds, including methanol, get towards the top before condensing. Heavier compounds, such as fusel alcohols, get stuck near the bottom. Ethanol starts condensing somewhere in the middle and is then drained out of the column.