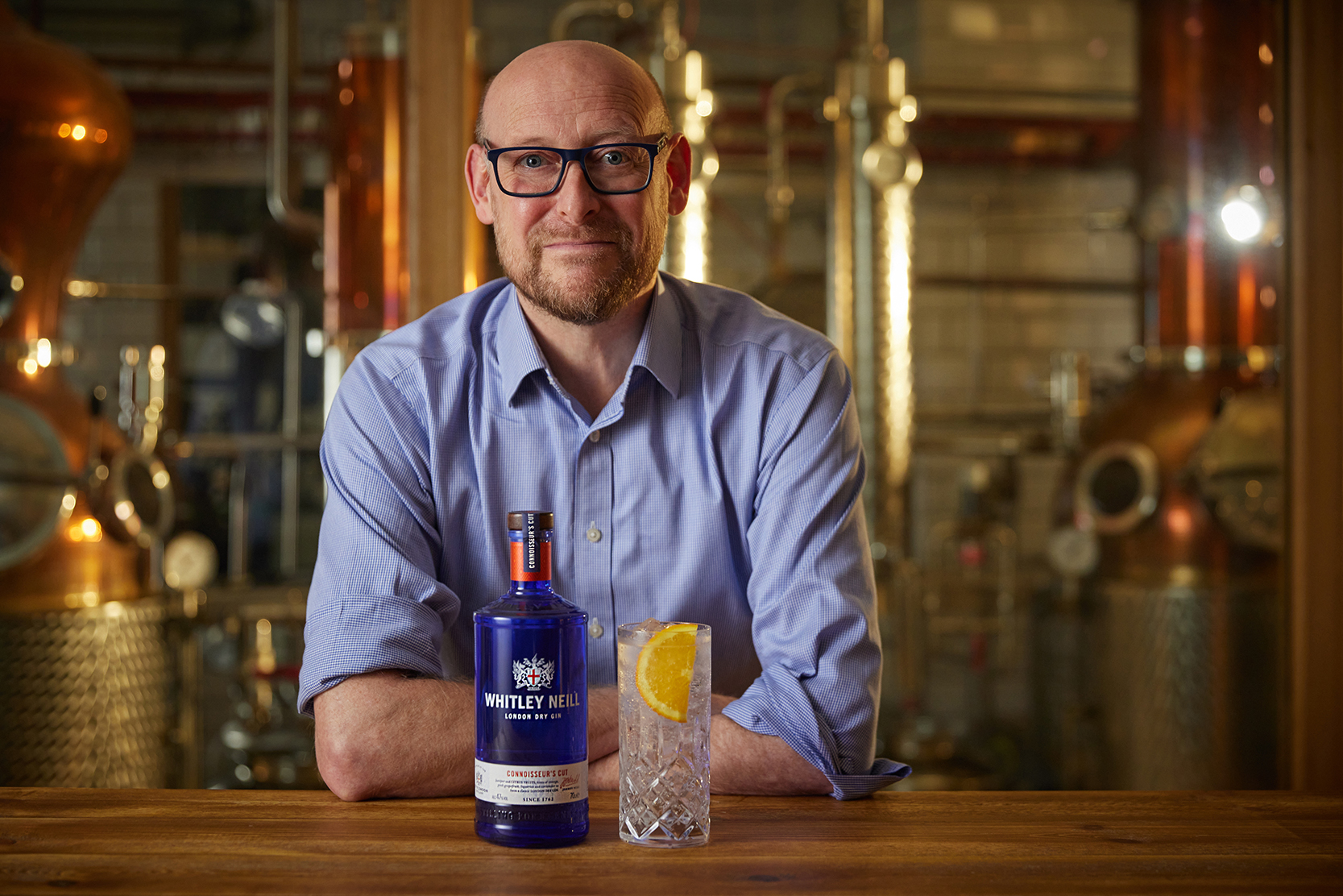 After 16 years lodging with a friend, Whitley Neill Gin has finally moved into its own distillery

We all know how important it is to have a place to call home. Until last year, one of the UK’s most successful gin brands, Whitley Neill, didn’t have such a place.

Since launching in 2005, Whitley Neill’s range of predominantly flavoured gins had been produced (along with around 80 other gins) at Langley Distillery in the West Midlands. However, for Whitley Neill founder Johnny Neill, finding a permanent home for his gins and having greater control over their distillation became an ever more pressing priority as the years passed. “The brand is 16 years old and has not really had a home; it has always been third-party distilled,” he says. “We wanted to be producing in what we felt was the right way, in small batches.”

As any homeowner will know, you can wait months or even years for the perfect place to come up. So was the case for Whitley Neill. Then, in 2018, the brand’s owner, Halewood Artisanal Spirits, bought a small distillery and bar in central London. The City of London Distillery has developed its own expansive gin range since opening in 2012, including London dry, sloe, Old Tom and lemon expressions. A plan was hatched to transform the distillery into the brand home that Johnny was craving for Whitley Neill.

Johnny explains, “It is fundamental for the provenance of the brand going forward that we have a home. Being at the City of London [Distillery] is key to that process, and allows us to have transparency in how we distil, by distilling our own base spirit and redistilling that with the botanicals.”

At Langley Distillery, Whitley Neill gin was being made in large batches on a 10,000-litre still. The new still at the City of London Distillery, Elizabeth, at just 500 litres, is actually 20 times smaller than her predecessor. Two more 450-litre stills are inbound. There are also two 180-litre development stills and a rotary evaporator (or rotovap), which the small team of distillers is experimenting with.

All the spirit for Whitley Neill London Dry Gin and Connoisseur’s Cut Gin, the London dry gin base for its entire flavoured range, and the distillate for its Rhubarb and Ginger Gin are now being produced at the City of London Distillery; the eventual aim is for as much Whitley Neill production as possible to happen there. The brand is using its own wheat base spirit, sourced from the JJ Whitley vodka and gin distillery in Russia. The City of London Distillery’s own gin range is also still being made on-site.

Johnny says the new distillery is much more focused on quality: “We have hugely shrunk the batch size, and we have the rotovap that we are playing with, evolving how we are developing our flavours and making sure we are developing them in the right way.”

Perhaps the most desirable asset that the City of London Distillery and Bar possesses is its geography. Its central location in the historic home of British gin puts Whitley Neill right at the heart of the action. Not only is it the only distillery in the Square Mile, but the brand now has a space to display its distilling techniques and equipment to the public, an on-site bar through which to share its gin selection with fans, and even a small gin school where visitors can make a bottle of their own spirit to take home.

“People are excited to see where we distil Whitley Neil… although it is a huge brand, they can touch and feel where it is made. They get a full understanding and I think that was a bit in the ether before, so to speak,” Johnny says.

“Now, we have somewhere for trade and consumers to visit us. It is important that the trade understands how Whitley Neill is distilled. Then we can take people through the whole process, show them the stills and how we make it… The bar itself is also getting more involved with the London Bartenders’ Association and hosting events such as Martini Mondays and cocktail competitions. It is more active than it was before and getting more and younger members of the trade through the doors.”

He adds, “We have got to be more constant in all things. We were quiet about ourselves to begin with, but in the last couple of years we have started to make more noise about the brand and the gins.”

Now that Whitley Neill is settled into its new home, Johnny is working on relocation projects for his other gin brands. Production of his Marylebone Gin is also moving to the City of London Distillery from the Marylebone Hotel across town, where it was founded in 2019. Meanwhile his most recent gin venture, Berkshire Botanical, launched in 2020, is about to move into a purpose-designed distillery on the Yattendon Estate in west Berkshire.

You can find the Whitley Neill distillery at: City of London Distillery and Bar,
22-24 Bride Lane, London EC4Y 8DT.