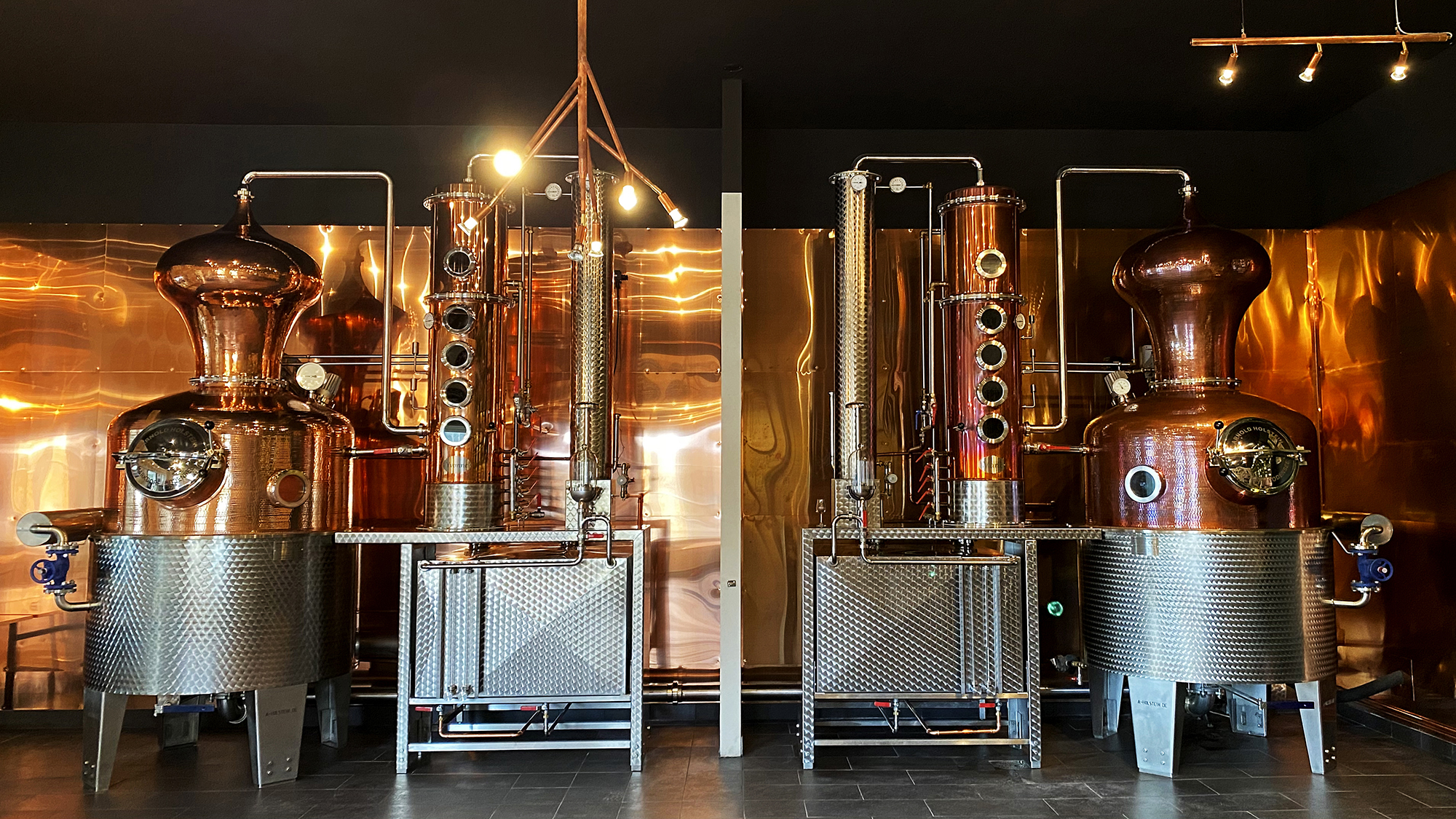 In our A-Z of gin production, D is for… distillation! How much do you know about this key process in spirit production?

In the context of drinks production, distillation is the process of extracting alcohol and aromatic congeners (chemical substances) from a liquid. During this process of evaporating and then condensing alcohol and water, a distiller can select the qualities they wish to concentrate. Meanwhile, chemical reactions take place which both enhance aromatic qualities and ‘remove’ undesirable components.

A fermented mash with a low alcoholic strength is put into a still and heated. Once it reaches around 78ºC, the ethanol will start to boil and evaporate. It evaporates up the neck or column of the still, cooling as it rises, and is then channeled down condensing pipes and collected. This process may need to be repeated to bring the spirit to the desired strength. To create a base spirit for gin (at least in the UK, US and EU), the alcohol by volume (ABV) has to reach 96%. Many stills are made of copper, which is considered the most effective metal for removing undesirable elements from the liquid as it is heated.

Once they have a high-strength neutral spirit, some gin makers employ other distillation techniques to make their gin. One such technique is vacuum distillation (sometimes called cold distillation), where liquid is distilled under reduced pressure to bring down the boiling point of the alcohol, and thus preserve more delicate aromas and flavours from botanicals that can be lost or changed when they are heated to a higher temperature via traditional distillation.

0 comments on “The A-Z of Gin: Distillation”