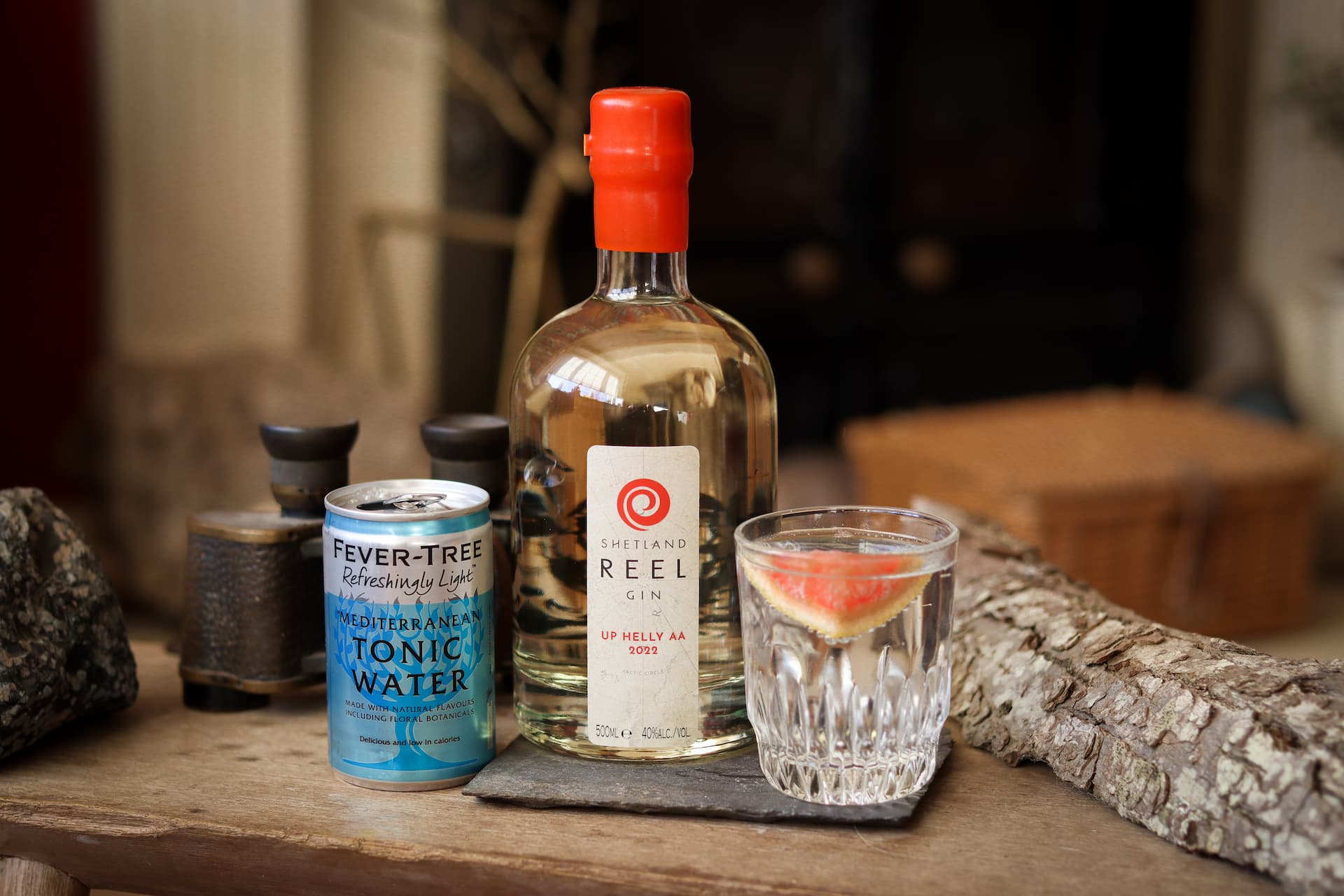 Shetland Distillery Company has announced the return of a cask-aged gin to commemorate the island’s Up Helly Aa fire festival.

The 2022 Shetland Reel Up Helly Aa Gin is the seventh release of the annual limited edition, which was introduced in 2015 to celebrate the winter fire festival in Lerwick.

Last year’s batch – named ‘not Up Helly Aa’ after the festival’s Covid-related cancellation – sold out within four hours of pre-orderings going live.

Despite the festival being postponed again in 2022, the Unst-based distillery has increased production to meet growing demand for the special edition.

The 2022 release has been aged at the company’s Saxa Vord Distillery in casks that were previously used to store Stewart’s Rum.

Debbie Strang, Shetland Distillery Company’s co-owner, said: “We took a long time to decide whether or not to produce and launch an Up Helly Aa Gin for 2022. As many of our customers know, we have produced a gin to celebrate the Winter Fire Festival in Lerwick since we started.

“Despite the postponement of the festival this year, we felt it was important to still produce a spectacular cask-aged gin that we hope people will enjoy whilst celebrating at home, or simply add to their growing collection of Up Helly Aa Gins.”

Just 500 bottles of the 2022 Shetland Reel Up Helly Aa Gin will be available to buy through the Shetland Reel website and at selected Shetland stockists from 25 January.