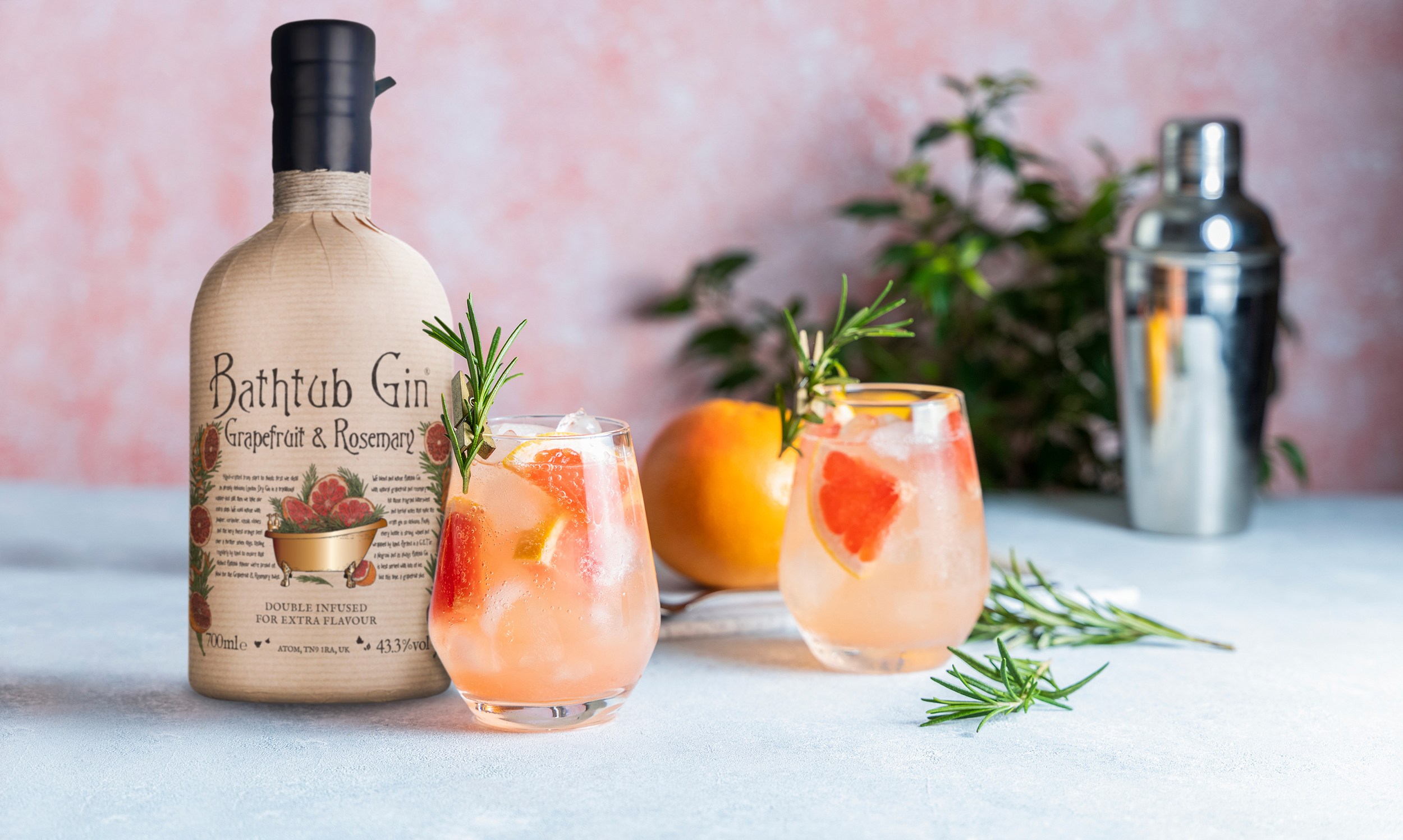 The combination for the brand’s first flavoured expression in its 10-year history was chosen in a public vote in 2021. After asking fans on Instagram what flavour its new gin should be, the company received more than 1,100 suggestions.

Bathtub Gin analysed the submissions, and the four most-mentioned flavours – Grapefruit and Rosemary, Blood Orange Marmalade, Lime and Orange Blossom, and Lemon and Pink Peppercorn – were shortlisted for the final vote.

More than 1,500 votes were cast to declare Grapefruit and Rosemary the winner. It embodies the trend for citrus-flavoured gins that emerged as most popular in Bathtub Gin’s first public vote.

Hannah Burden-Teh, Bathtub Gin brand manager, said: “Launching our first flavour variant is exciting enough, but this is compounded by it being chosen by our consumers. We’ve worked hard to create the most delicious interpretation that captures that fragrant hit of grapefruit and rosemary.

“To mark such a special moment, the hand-drawn illustrations have been printed in colour for the first time on our iconic bottle and our namesake bathtub foiled. We can’t wait for consumers to drink their creation!”

Flavoured gin has been leading the growth of the gin category over the past few years. According to the Wine and Spirit Trade Association (WSTA), sales of flavoured gin broke the £500 million barrier for the first time in the UK in the year to April 2021, up 37 per cent year-on-year. Some 30 million bottles were sold, equating to around 40 per cent of the total gin market by both volume and value – and the WSTA predicts this share will increase.