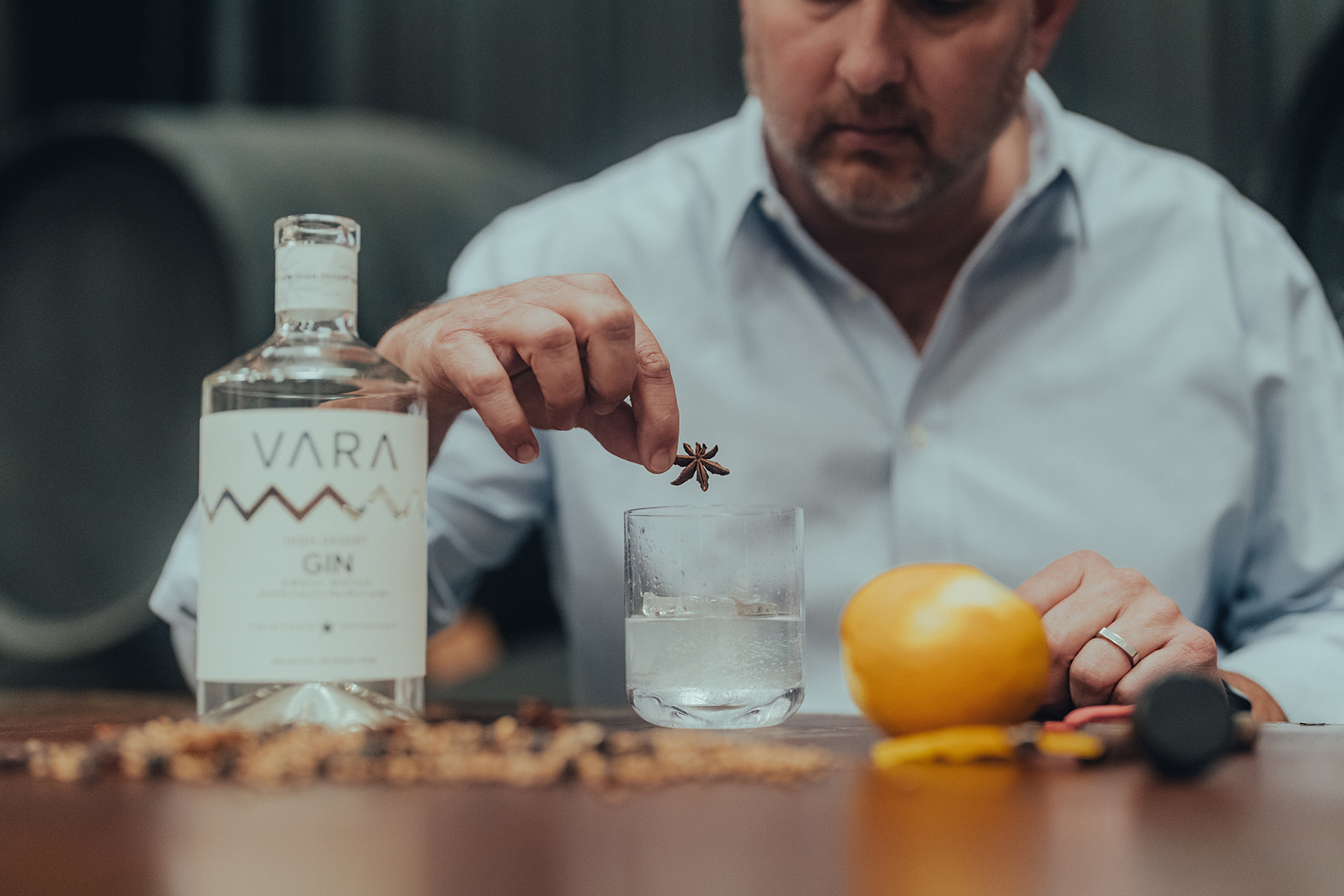 Xavier Zamarripa and Doug Diefenthaler have been fascinated with Spanish wines and spirits since they founded Vara Winery and Distillery in Albuquerque, New Mexico in 2014. Their goal was to celebrate and embrace Spain’s contributions to American viticulture and distilling – a relationship that dates back to the 17th century. These practices were key in the creation of Vara’s ground-breaking Viña Cardinal: the first fully New Mexican wine.

From winemaking, the duo followed a natural segue into distilling and set their sights on producing an American brandy in the style of solera-aged varieties from Spain. However, their attentions have now turned to another spirit with firm Spanish roots: gin.

It is a popular spirit choice for wine drinkers because of its expressive character, but Diefenthaler explains that it held a particular appeal for him and Zamarripa, “We spent a lot of time in Spain … [and] became very fond of Spanish, Mediterranean-style gins, especially those with an aromatic profile. We were enthralled with this style of gin and decided we needed to make something like that!

“I come from a wine background, but with all that wine all the time, it is nice to get some high-quality spirits intermixed occasionally. We had opportunities to do that … We have a passion for the aromas and production of wines and you cannot help but expand that into spirits.”

Following a chance meeting, Diefenthaler and Zamarripa partnered with innovative craft distiller Scott Feuille as their head of distilling.

Vara Spirits makes its gin from scratch, including the base spirit, which is distilled from New Mexico grapes; Diefenthaler says the use of grapes creates a softer spirit. Distillation takes place on an authentic 1000-litre copper alquitara (pot still) from Spain’s Hoga Stills. Alongside juniper, its botanical recipe includes coriander seed, sage, angelica root, nutmeg, star anise, cardamom, and citrus.

Feuille describes the gin as the scents of the high desert after a rain shower, followed by juniper, herbal sage, floral notes and bright citrus. He says the spirit is at home in a number of classic cocktails, from the Martini to the French 75 or Gin Fizz.

Diefenthaler emphasises that while he and Zamarripa brought gin back from Spain and used it to guide their recipe development, they were never aiming to emulate the style precisely. “We wanted to make something that we found to be very aromatic and balanced and accessible. It is a learning curve, but we are used to that with wine,” he says.

The result, launched in 2020, is Vara’s High Desert Gin: a reimagining of the classic spirit style with a smooth, aromatic flavour profile. While it is inspired by Mediterranean gins, Zamarripa stresses that it is a thoroughly New Mexico spirit and encapsulates the best of the high desert landscape.

“There are influences of the area for us. When you are at 11,000 or 12,000 feet, going through the landscape, there is a certain smell and lightness in the air … you can catch something that you almost mistake for the ocean because it is so clean. Gin tends to take on a lot of those characteristics. Having that high desert experience and that Mediterranean experience, they are very similar,” says Zamarripa.

According to Diefenthaler, High Desert Gin has proved a hit with non-gin drinkers and aficionados alike, winning plaudits for its smooth texture and light, aromatic flavour profile. “It suits a wide variety of experiences and palates and we didn’t expect that – we just made something that we liked,” he says. “People are more used to gins that pack a punch, that are heavy with juniper flavors, but this is lighter. It’s gin reimagined.”