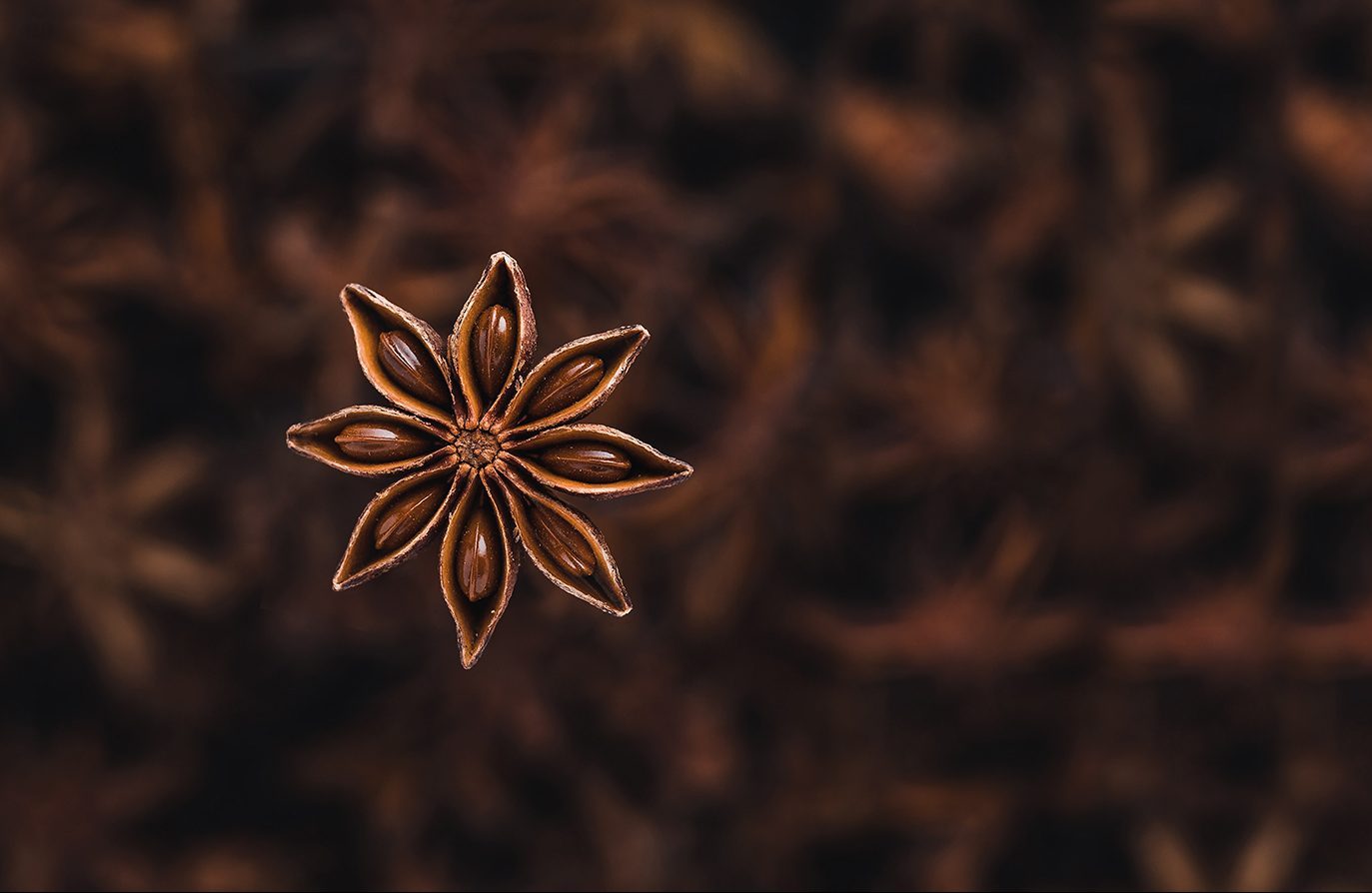 Bring some warmth to your glass with sweet spiced gins

As we move towards the end of 2021 and the days (at least, in the Northern Hemisphere) become colder, wetter and darker, there is nothing quite like a well-made drink to raise your spirits, and as it gets chillier, sweet spiced flavours can give that extra cosy touch.

Sweet spices, or at least the ones that we know today, have not always been available in the Western world, but were brought by merchants on the ‘Spice Routes’ from Asia. Over the following centuries, spices became an important part of the geo-political environment. Prices fluctuated wildly, but spices were typically reserved for the elite of the day. For example, in the 15th century, the price of nutmeg was so high that it was worth more than its weight in gold. Even today, spices such as vanilla, cardamom and saffron are among some of the most expensive botanicals that are used in the drinks industry.

Sweeter and more fiery than ginger ale, ginger beer was originally brewed to a low ABV (some, like Fentimans, still are), but most made nowadays are simply ginger-flavoured carbonated drinks.

Due to its strong flavour, ginger beer works best with gins that have a powerful character, such as fruit-flavoured gins (rhubarb or lemon are excellent examples) or those with a high ABV. Depending upon the sweetness of your final drink, you may like to add balance with a squeeze of lime juice.

The Gin Mule, created by Audrey Saundera in New York in 2000, is the gin variation of the vodka-based Moscow Mule and combines gin, ginger beer, muddled mint and lime.

There are two types of ginger ale: the rarely seen Belfast ginger ale, which is more similar to modern-day ginger beers; and the more prevalent “Champagne” or dry ginger ale. Incidentally, ginger ale is often used as a substitute for Champagne in movies.

The lighter character of ginger ale means that more of the complexity of the gin can shine through in drinks.  Ginger ale works well with a wide range of gins, from citrus-forward to spice-forward and classic, juniper-heavy gins. Mix it in the same way that you enjoy your gin and tonic and garnish with lemon or orange – this drink is known as a Gin Buck.

Fever-Tree makes a classic ginger ale, as do Schweppes Canada Dry (UK/Europe), Franklin & Sons, Double Dutch, and Q Mixers in the USA. Some flavoured varieties have recently been released, including Fever-Tree’s smoky and spiced orange varieties.

For those who prefer a still mixer, ginger lemonade is relatively easy to make at home. Thinly slice a small piece of ginger root (5-6cm) and add to a heatproof jug along with 200ml of boiling water. Allow the mixture to brew for 10 minutes before adding 80-100g of sugar, then stir until dissolved. Add 100ml of freshly squeezed lemon juice, mix, and strain into a clean bottle or jug. Finally, add 400ml of chilled still water. Simply mix this refreshing still drink with gin and ice (experiment to find the ratio that you like the most). Garnish with a slice of fresh ginger root and a wedge of lemon.

The proliferation of flavoured tonic waters has seen the appearance of some in the spiced sphere:

Fever-Tree Clementine is lightly spiced and, whilst originally released for the seasonal period, it is now available year-round. It adds a plump, juicy fruitiness, a hint of florality and woody spice, and pairs well with a variety of gins.

Fever-Tree Aromatic is made using angostura bark, cinnamon, pimento berry (similar to allspice) and ginger, all of which add rich, woody spiced notes and a crisp bittersweetness.

Double Dutch Cranberry & Ginger Tonic has a gentle spice that is complemented by the dry tartness of the cranberry.

Ginger is also found in Twelve Below’s Rhubarb & Ginger Tonic, while Peter Spanton makes both a lemongrass and a cardamom tonic.

For those looking for something beyond tonic water, Coca Cola makes a Signature Mixers range that includes Spicy #2, which has a fiery splash of ginger, neatly combined with habanero pepper and cardamom.

Nutmeg – Thankfully much cheaper than today than in the past, grated nutmeg is essential for the garnish of many punches and creamy gin drinks such as the Alexander.

Ginger – This is readily available, affordable, and can be used in chunks, slices, or long strips made with a vegetable peeler. Ginger partners exceptionally well with lemon peel, both in terms of taste and appearance. For an added snack, a small skewer of candied ginger and candied fruit makes a lovely accompaniment to a short cocktail.

Cloves – Woody and incredibly aromatic, these little flower buds are synonymous with mulled wine. When used in gin drinks, they are best if used to “stud” a piece of citrus; the sharp point of the clove keeps it in place.

Cinnamon – Cinnamon sticks from the supermarket can be expensive, but some discount retailers (such as Flying Tiger) sell long pieces of cinnamon for a reasonable price. These can then be broken into smaller lengths for individual drinks. Cinnamon adds a little extra flavour, but also makes a lovely stirrer for hot drinks like toddies.

Other spices can be expensive, but still make for hugely effective (if slightly decadent) garnishes. A sliver of vanilla pod with pink grapefruit is sublime in a gin and tonic and results in the magical transformation that gives the drink a chocolatey flavour. Star anise (at least a whole one) can also add a striking visual element to a cocktail, whilst adding a slightly oily, woody sweetness.

A simple combination of egg, sugar and spirit, a flip can be served hot or cold and originates from the late 17th century, where it started as a mix of rum, beer and sugar that was heated with a red-hot iron. Jerry Thomas’ Bartenders Guide, written in the late 19th century, has recipes for both hot and cold flips, but calls for a more conventional heat source.

This cocktail has a rich, creamy texture that makes it luxurious to drink and, despite its simple ingredients, it has a lovely complexity. Nutmeg adds a complementary sweet spice.

Shake the gin, syrup and egg in a shaker without ice. Pour into a pre-heated heatproof glass and add the boiling water, then garnish with grated nutmeg.

The hot version is a bit like drinking a warm, gin-soaked, egg custard tart: it’s a bit unusual and not typical to modern palates, but comforting and tasty nonetheless!

A traditional naval drink, with the spice coming from Angostura bitters (these also turn the gin pink). Using a slightly spicier gin, such as Plymouth, provides a lovely synergy between the spirit and the bitters.

Add the bitters to a tumbler and rotate the glass to coat the inside. Add ice, followed by the gin and water. Garnish with a wedge of lemon and/or lime.

Gin and ginger is one of the oldest recorded food pairings, referenced at the Whitstable Oyster Fair. This cocktail is named after the town’s famous resident, actor Peter Cushing.

Shake vigorously with ice and strain into a cocktail glass.

This drink has a bold warmth from the ginger, a pleasant sweetness, and brilliant balance and complexity brought by the gin.

(from the 2021 cocktail book Negroni)

Add all of the ingredients except the tea to a heatproof glass and stir. Top up with tea and serve garnished with orange, cranberries and a sprinkle of spice.

This is a homemade concoction with a festive twist, made by infusing mincemeat (the sweet mix of apple, vine fruit, citrus and spice used in mince pies) into gin. Take a Kilner jar and add 100-150g of mincemeat, then 700ml of gin. Seal and allow to infuse for two to three days, agitating occasionally. Strain through a coffee filter before use.

The resulting gin has a rich texture and pleasant sweetness. Fruit and spice notes are followed by the dryness of the gin on the finish. This gin is versatile and mixes well with tonic water, ginger ale, and sparkling water to make a festive gin highball. It also makes a great base for a gin toddy with some lemon, honey and hot water.