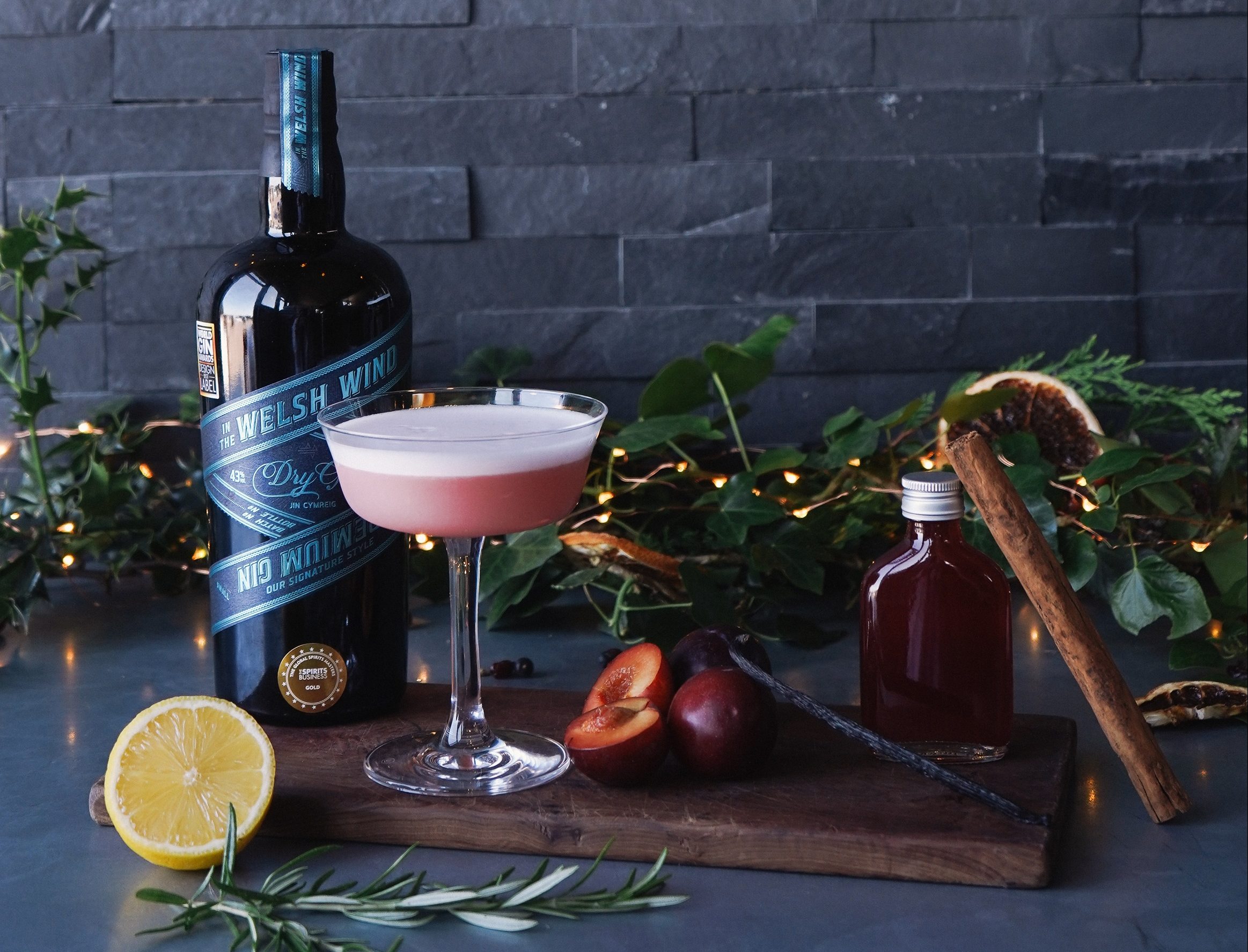 If you’re looking for a simple but satisfying cocktail that can be adapted to fit the season, look no further than the Gin Sour. This plum and cinnamon version, from In the Welsh Wind Distillery, sings of autumn and is sure to put a cosy warmth in your belly on a cold night. If you want to make this cocktail vegan, simply swap the egg white for aquafaba.

In the Welsh Wind’s Plum and Cinnamon Sour

To make the plum syrup:
Add all the ingredients to a saucepan, bring to the boil, then reduce to medium heat and simmer for 30 minutes, stirring occasionally. Strain into a bowl and leave to chill before using.

To make the cocktail:
Add the gin, lemon juice, syrup, cinnamon and egg white to a cocktail shaker. Add one ice cube and shake to whip the egg and mix the ingredients, then fill the shaker with ice and shake to chill. Double strain into a cocktail glass and garnish with a sprig of rosemary (if desired, you can carefully light the end of the sprig to release more of its fragrance).

0 comments on “Cocktail of the week: Plum and Cinnamon Sour”