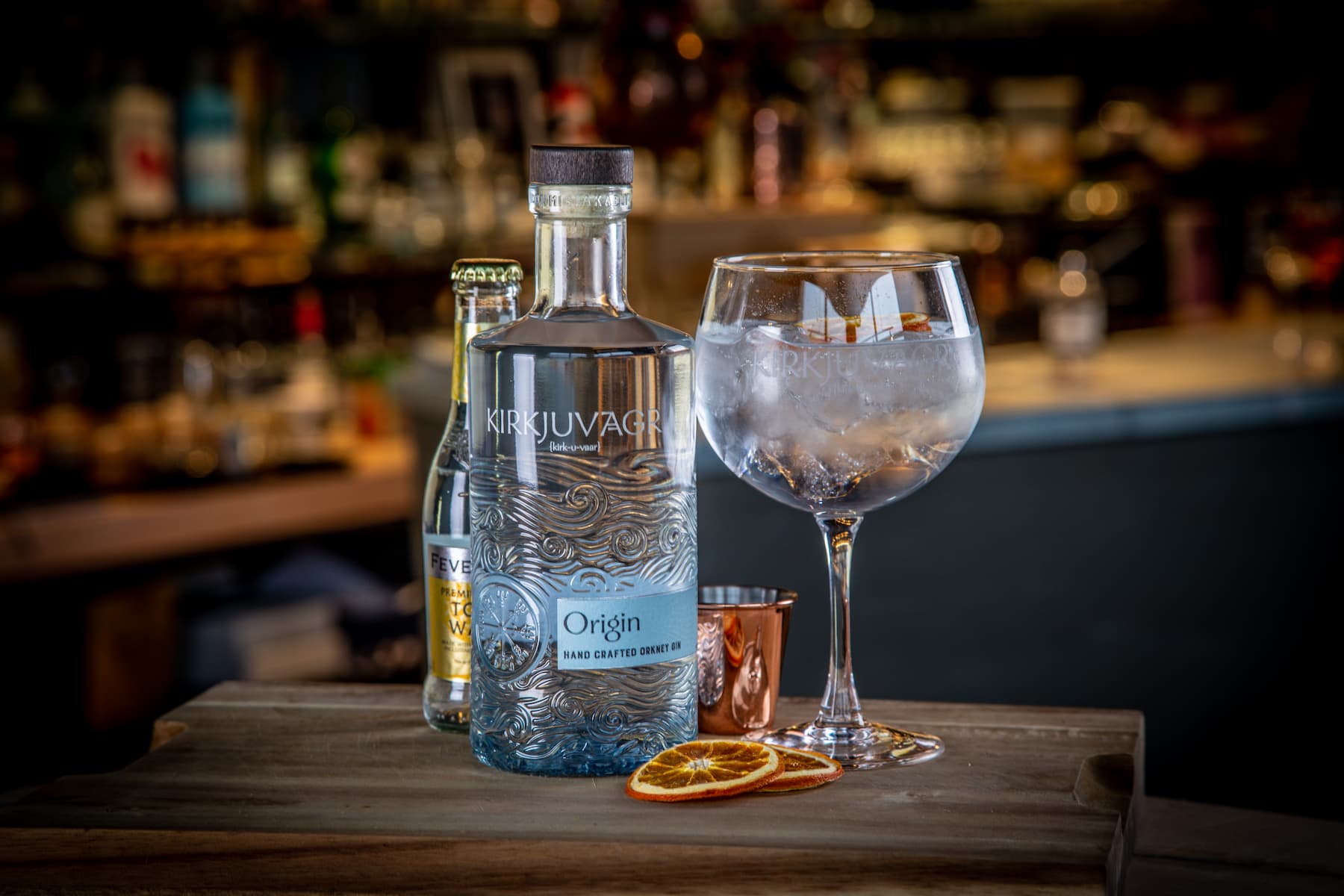 Orkney Distillery is leaning into its island heritage in a bottle redesign for its Kirkjuvagr Gin range.

The bespoke new bottles feature several nods to the company’s Orcadian roots: a repeating wave pattern wraps around the body of the bottle, symbolising the island’s seafaring traditions; the Old Norse world Afl – translating as ‘strong’ – is written around the neck in Runes; and Vegvisir, the mythical Norse compass, is stamped into the bottle and etched onto the stopper.

In tandem with the launch of the new bottles, Orkney Distillery has announced some changes to its gin range. It’s bad news for fans of the summer-inspired Harpa Gin, as this is set to be discontinued, but good news for the Beyla Raspberry and Honey Old Tom and Aurora Winter Edition Gins, as both will see their bottle size increase from 50cl to 70cl.

Kirkjuvagr Gin (meaning ‘church bay’ in Old Norse) was designed to pay homage to Orkney’s Viking heritage. Its botanical list includes angelica – said to have been brought to the island by Viking sailors and still growing wild there today – alongside other local ingredients Ramanas rose, Burnet rose and borage. The gins are also the only ones on the market to use traditional Orkney bere barley.

Stephen Kemp, Orkney Distilling Limited’s co-owner, said: “We’ve been continually developing the company now for almost six years. A key component of our brand development plan has always been this move into the super-premium packaging category, which now aligns the package with the modernity and high quality of other aspects of the brand and the company’s operation.

“The dramatic change in circumstances caused by Covid-19 and the lockdown created space and time for us to really focus on these projects as a team. We worked tirelessly for over a year to take them to fruition, and the super-premium package you now see really captures our story and helps us reinforce our prominent position within Scotland’s fantastic array of craft gin brands, whilst our new bottling line will enable us to serve larger markets.”

The updated range of Kirkjuvagr Gins is available via the distillery and from independent spirits retailers.