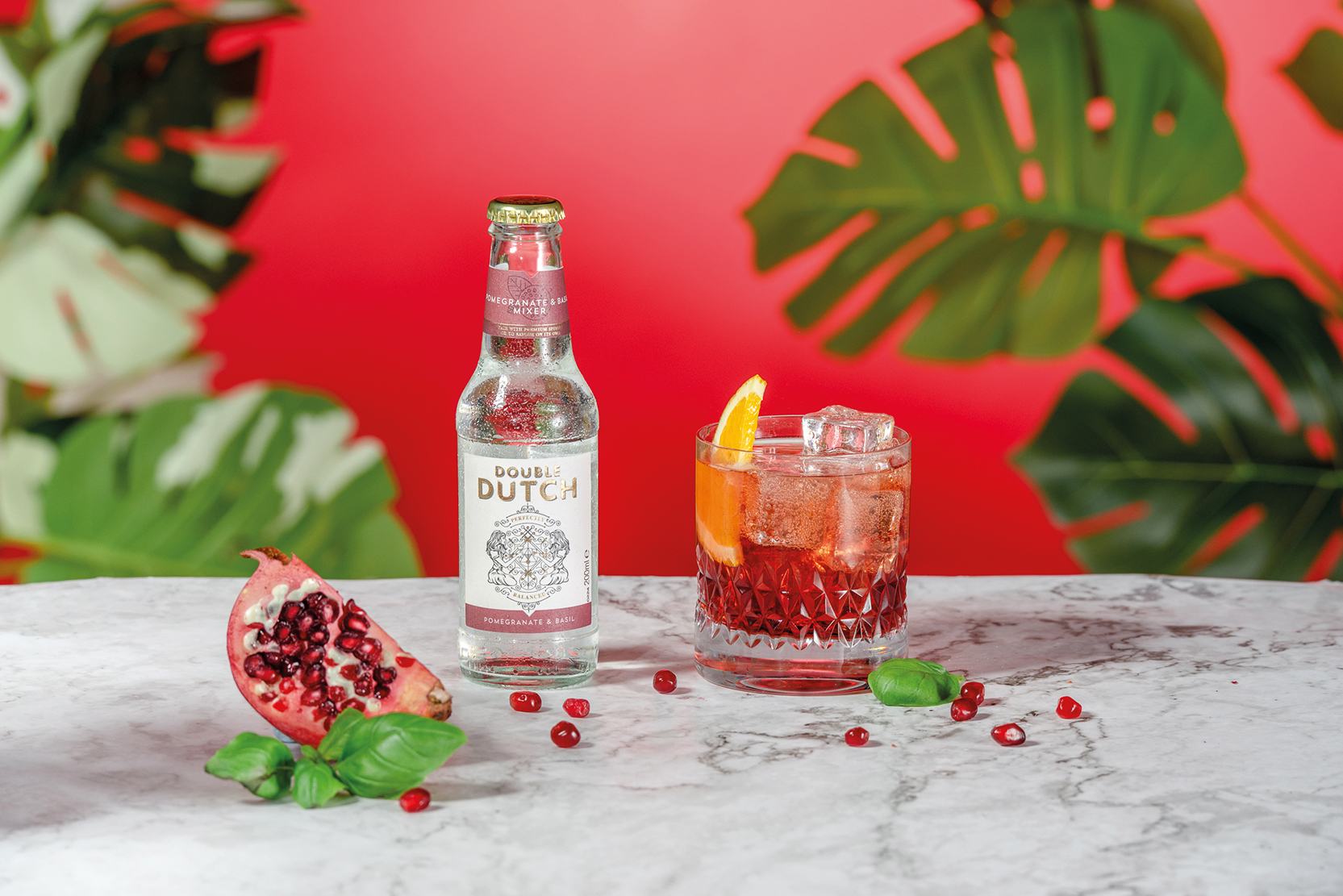 With an ever-growing number of premium mixers on the market, finding the ideal complement to your gin has never been easier

As long as people have been developing or discovering new things, there have been those on the periphery creating products and networks to support the pioneers. When thousands flocked to California in the mid-19th century during the US Gold Rush, entire towns sprung up to cater for them and new railway lines were built to service their settlements. The invention of the home computer spawned accessories, from desktop printers to portable keyboards and adjustable stands. And, with the global craft gin boom of the past 15 years, a vast and varied market of mixer brands has emerged to cater to drinkers wanting a premium accompaniment.

The market has come a long way since trailblazer Fever-Tree launched in 2005. In the modern mixer movement, as in the craft spirits boom, emphasis is placed on authenticity of process, purity of ingredients and quality of product. Despite new brands springing up every month, the variation in intended audience (from at-home drinkers to bartenders) and superb innovation in flavour development mean the market doesn’t yet feel crowded. If you want to take your craft spirits experience to the next level, now is an ideal time to peruse the premium mixer options in your country. We have outlined a few to get you started.

Founded in Victoria, Australia in 2012 by Pitzy Folk, this brand aims to make the most of the country’s great fresh water and produce in its mixers. It has a portfolio of more than 20, including flavoured tonic waters and sodas, ginger beer and cola. Folk’s aim with Capi was to make a range of beverages that were made “by Australia, for Australia”, to decrease the global impact of shipping and manufacturing offshore. The Capi team says the craft spirits boom in Australia has been “incredibly valuable” for the company, allowing it to partner up with “likeminded, Australian-focused brands”.

Raissa and Joyce de Haas were making custom sodas for friends at university parties in Belgium before they went into business together with Double Dutch. The sisters use molecular gastronomy to create their mixers. Their range includes an unconventional rainbow of flavoured sodas and tonics, such as rhubarb and pine needle, cucumber and watermelon, cranberry and ginger, and pomegranate and basil (but there is still a choice of Indian tonic water or ginger ale, for the purists).

“With Double Dutch, we wanted to focus not just on making a premium variation [of tonic], but on flavour innovation in the market,” Raissa says. “We want people to ‘never drink dull’, so everything we do is focused on flavour … Being involved in the development process is really important as we need to love the drinks as well.” She adds that the rise of craft spirits – primarily gin, but also other products such as Tequila – has helped to lift the soft drinks category to new heights.

UK-based Fentimans staked its claim as a companion to premium spirits (particularly gin) with its tagline, “Home of botanically brewed beverages”. The statement does have a historical basis; the company was founded in 1905 by Thomas Fentiman, who went into business making ginger beer. The recipe was created by Fentiman’s business partner, but was offered to him (and later claimed by him) as collateral for a loan to start the joint venture. Today, ginger beer remains part of the company’s line-up alongside lemonades, cola, and a range of tonic waters – these include pink grapefruit, yuzu and Valencian orange varieties, the “floral and herbal” Botanical Tonic, and the Connoisseurs Tonic, infused with juniper berries, kaffir lime leaves and lemongrass. Eldon Robson, Thomas Fentiman’s grandson and current owner of the company, says its “time-honoured” multi-stage botanical brewing process remains key to its beverages, which are now stocked in more than 50 countries.

Launched in 2018, Lixir is a mixer brand created by bartenders, for bartenders. Co-founders Matt Mahatme and Jordan Palmer wanted to combine bold, contemporary flavours with low sugar content and low calories, filling a gap they’d noticed while working behind bars as flavoured spirits grew in popularity. The Lixir range is influenced by trends from this category (take its rhubarb and ginger or elderflower and lemon tonics, for example). Even its bottles have a contemporary, ‘clean’ feel, minimally decorated aside from splashes of colour on the labels related to the flavour of the liquid inside.

This mixer maker actually has its origins in another kind of distilling. The London Essence Company was founded in 1896 and produced distillates for the perfume industry. It was refreshed in 2016 as a premium drinks company and uses production techniques that lean into its distilling heritage, such as botanical infusion. Its tonics and sodas, such as its grapefruit and rosemary tonic or its white peach and jasmine soda, combine tradition with a splash of modernity. Like many others in the modern mixer movement, London Essence pitches its products not just as something to elevate your at-home gin and tonic, but as a cocktail ingredient to pair with a variety of spirits. It has proven its worth with bartenders as a partner of The World’s Best 50 Bars and also has strong ties with London Cocktail Week; at this year’s event, it hosted the Essence House, a two-floor “immersive drinks experience” designed to impart cocktail-making knowledge while also serving top-notch drinks.

Launched by the producer of Gin Mare, Spanish brand Seventeen fancies itself as one of the more innovative mixer makers on the market. The brand’s flagship 1724 premium tonic water is named for the number of metres above sea level where it harvests its quinine in the South American Andes. It also makes a ginger beer, a spicy tomato juice and an apple kombucha. Seventeen has labelled its practices and production processes as “contemporary alchemy”, combining natural ingredients with state-of-the-art drinks technology. By the same token, it calls its team – and encourages its customers to be – “rebel alchemists”. Seventeen’s enticing brand story could pique the interest of most spirit enthusiasts, while the compact product range could certainly hold the attention of an at-home imbiber looking for something new and exciting to try.

Named after a 19th-century Scottish minister, who practised in the parish where the brand is based, Walter Gregor’s specialises in limited-edition tonics inspired by the seasons. Flavours include raspberry, apple and cinnamon, and mint and cucumber. One of its more notable creations was a neep (swede) tonic, made for the Scottish celebration of Burn’s Night in 2021. The company works on a subscription model, delivering boxes to supply fans with its most recent seasonal releases.

Want to find the perfect gin to go with you new favourite mixer? Check out our tastings library.

0 comments on “Premium mixers: The global brands to know”