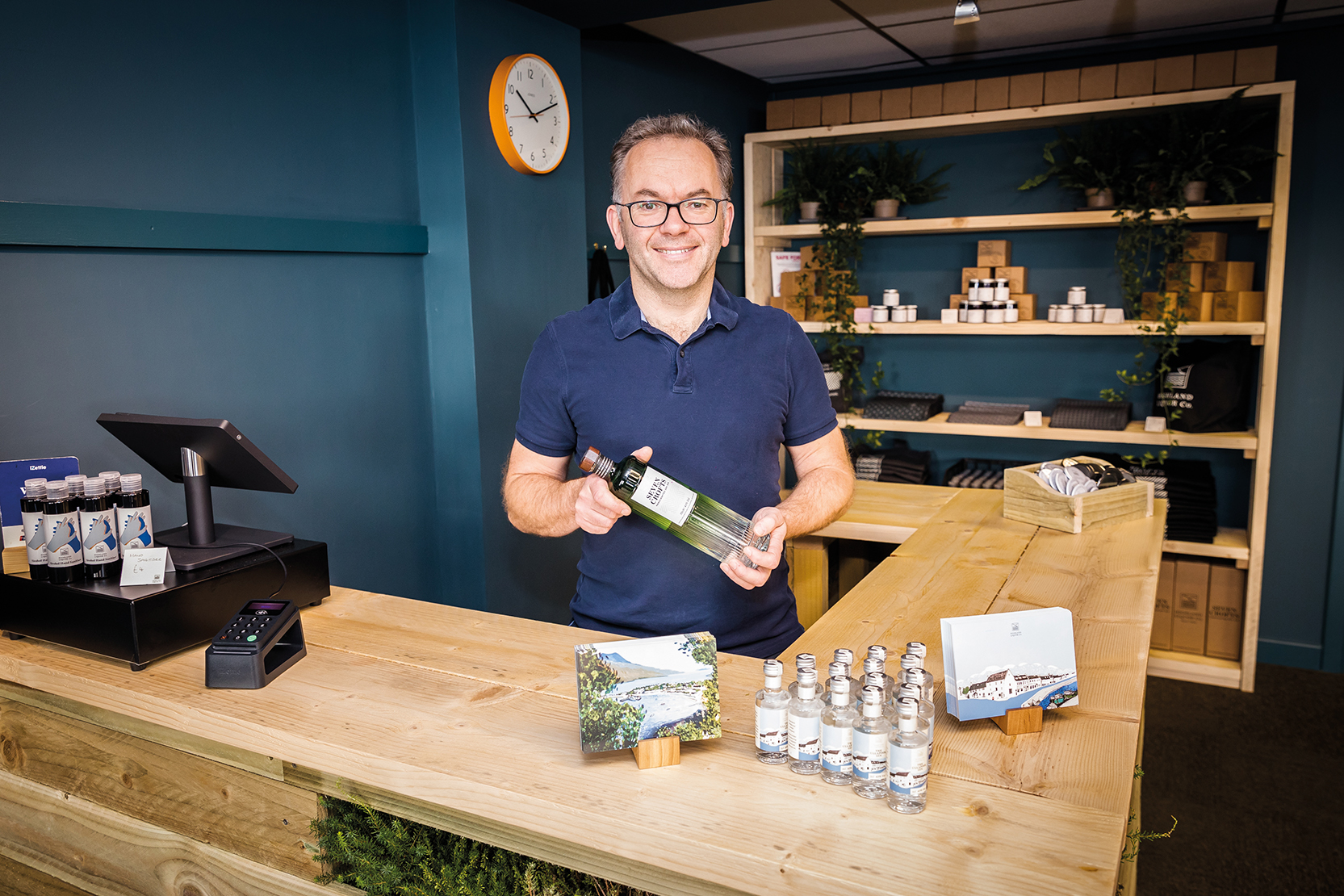 Foraging in woodland, meadows and hedgerows, then strolling back to the distillery with a wicker basket full of botanicals, may seem a romantic dream. But this is a reality for some distilleries, which can harvest the surrounding area. Botanicals with an ‘en-suite’ provenance can certainly create emotional impact, while the growth cycle and their role in the recipe also provide an accompanying story with a happy ending.

The one and only compulsory botanical, juniper, can grow happily in Britain, though unhappily where conditions are wet and windy with only occasional sunshine. This highlights the real issue: the level of essential oils within the berries. The climate typically ensures a much lower level in British juniper compared to Italian, rendering it unviable. However, one source of juniper that does find its way into gin is Isle Martin, an uninhabited, community-owned island run by volunteers, located just off Ullapool.

“Juniper was the big one to get, so that we could distil a gin using only botanicals harvested on the island. In one day several of us collect up to 1kg of juniper berries each year, which we dry and store for the following year’s production, together with angelica root, burdock root, bog myrtle and thyme,” says Ben Thompson, head distiller at the Highland Liquor Co., which produces the eponymously named Isle Martin gin. A total of 100 bottles (each 50cl) are produced annually as part of the distillery’s Experimental Series and are sold locally, with a percentage donated to the trust that runs the island.

The recipe varies each year depending on the range, and on the quantities, of botanicals harvested.

“The 2019 edition had an earthy, almost root beer note, with the spice of juniper, honeyed sweetness from loganberry flowers, and a hint of citrus. In 2020 I wanted to boost the resin notes by using juniper, bog myrtle and pine, with angelica adding spice, warmth and sweetness,” says Thompson, who will be distilling the 2021 edition this August to September.

Another bountiful island is Unst, the most northerly in the Shetlands and most remote in the UK, inhabited by 500 people and one distillery, the Shetland Distillery Company, which launched the first Shetland gin in 2014.

Stuart Nickerson, distillery director, says, “We wanted at least one botanical from the island in each of our gins. Apple mint is one, which we use in our original London dry gin, and the second one had to be seaweed.”

Prior to distillation apple mint and bladder wrack seaweed are air-dried; apple mint is more herbaceous than minty, while bladder wrack gives subtle salty-savoury notes. Both botanicals also lend dryness, a versatile characteristic as it helps to unite and underline flavours.

Botanicals that don’t find the Scottish climate conducive to their wellbeing can always be provided with suitable accommodation, such as the geodome created in 2015 by Dunnet Bay, the distillery which produces Rock Rose gin. The geodome resembles an igloo, comprising insulated plastic triangles accessorised with air vents. Within are raised beds and a path that winds around a centrally placed olive tree (purely decorative).

“The geodome provides the right conditions to grow pineapple sage, which really does have a pineapple aroma, used in our summer edition gin, and lemon verbena, which is a lovely alternative to citrus botanicals,” says Dunnet Bay Distillers founder Martin Murray.

Meanwhile, the English climate enables some botanicals to flourish alfresco. When Dan Szor, founder of Cotswolds Distillery, began distilling gin, he says he wanted a spirit that embodied the English country garden and featured botanicals native to the area.

“Lavender ticks both boxes, which we source from a local farmer. The building blocks for our gin recipe are floral, citrus, herbaceous, juniper and spice. I like big flavours and balance; everything we use contrasts against everything else,” says Szor.

Flowers are something of a prequel for one botanical used by Wimbledon Garden Gin: honey. This is supplied by a beekeeper with three hives that overlook Wimbledon Common and back onto Wimbledon Village. The bees feed on a combination of wild flowers growing on the common and garden flowers from the surrounding properties, producing honey in the spring and summer.

Mark Gordon, founder of Wimbledon Brewery, which makes Wimbledon Garden Gin, explains that honey is the second largest botanical constituent of the spirit after juniper. “Honey goes into the still along with everything else, and gives a floral note while also helping to give a richer, silkier mouthfeel,” he says.

Oranges and lemons typically travel to British distilleries from groves in the Spanish regions of Jerez and Murcia. In India, lemons for Jaisalmer Gin only travel 100km to the distillery, though sweet oranges have a longer journey from Nagpur in central India. Half the lemon and orange zest used in the recipe is sun-dried before being distilled, while the other half is used as fresh peel to promote zestiness.

“I wanted an Indian heritage and local botanicals to bring another dimension to
the gin. Seven of Jaisalmer’s 11 botanicals are sourced from India, including Darjeeling tea which adds herbaceousness. Lemongrass from Nashik in the west lends lemon and leafy notes, while coriander from the state of Jaisalmer contributes distinct lemon and mellow spice,” says Anup Barik, master gin maker and master blender at Radico Khaitan Distillery in India, which produces Jaisalmer Gin.

Harnessing local botanicals can certainly add lustre to a gin’s credentials. It is also tempting to assume the flavour they provide is ‘superior’. But superior to what? Every other source of the same botanical? The only way to quantify this would be to distil equivalent botanicals from ‘beyond’ and compare the resulting gins. That is not, of course, going to happen. Even if it did, what criteria should be used to decide whether one result is ‘better’ than another, and wouldn’t personal preferences make this unscientific anyway?

Nevertheless, exploring such questions is what gin lovers are all about. Let’s taste, assess, compare and contrast, then discuss, leisurely and at length. That is a very rewarding way to be.