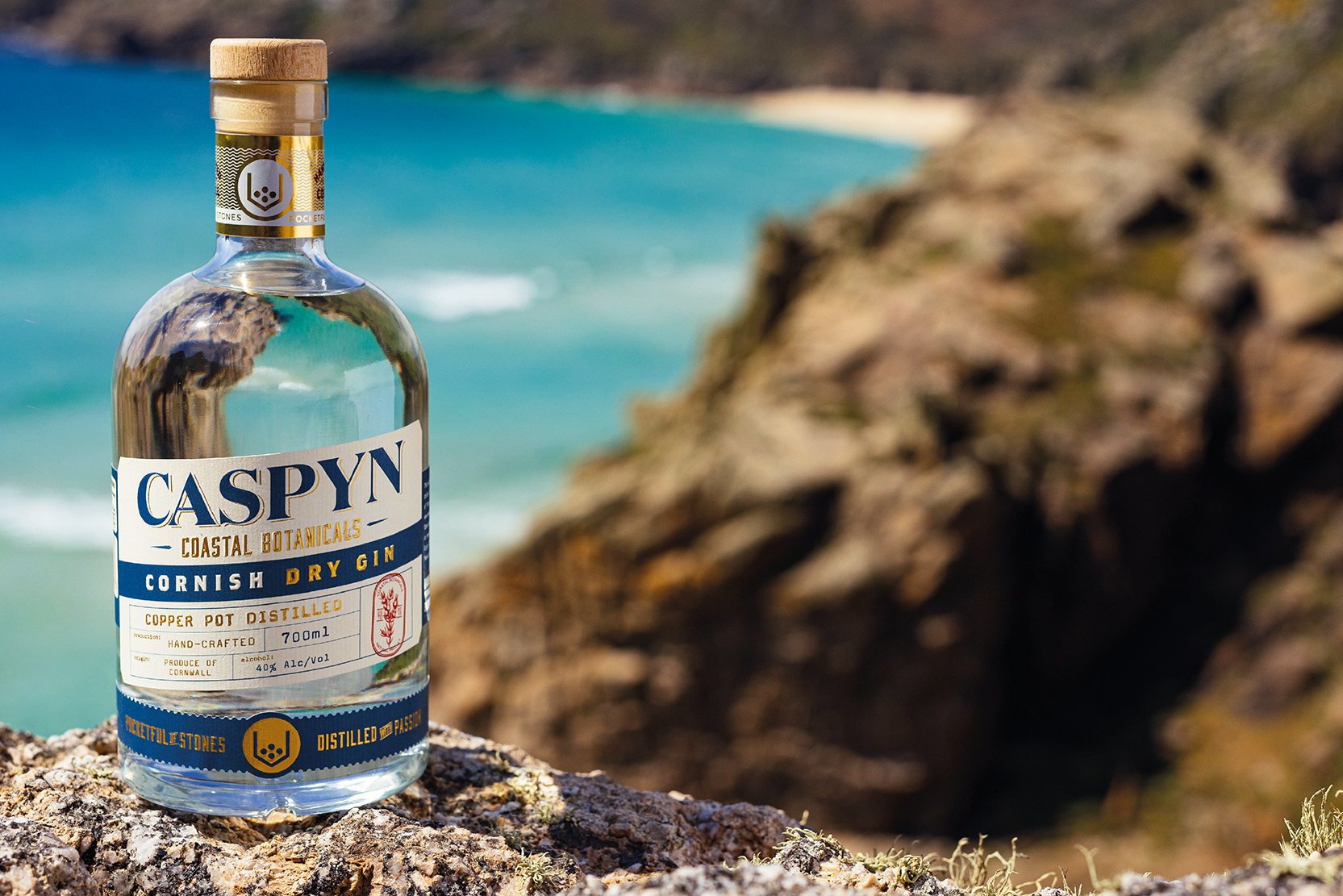 While it may be a sought-after holiday destination, with an abundance of natural beauty spots and glossy resorts to cater to visitors, life for many Cornish residents is a far cry from the tourist experience.

The South West was once a profitable mining region, producing tin, copper and arsenic for trade around Britain, but this industry all but dried up in the 20th
century. Today, Cornwall’s economy is dominated by agriculture and tourism,
with the latter accounting for around 20 per cent of its jobs. While there are pockets of significant wealth, these rub shoulders with some of the UK’s most deprived communities (according to Office for National Statistics data, median earnings in the county are well below the national average).

Due in part to this dichotomy, Cornish folk and business work fiercely to both promote and defend their own. For a place that isn’t even a country, Cornwall harbours an incredible amount of national pride. And this sentiment is also ringing true for one of the county’s newest sectors: distilling.

When Becky and Bill Perry bought the Eagle House Hotel in Launceston in 2017, a once-glamorous venue that had fallen into disrepair, they had gin making in their sights. Part of their extensive renovation project was a stunning conservatory and terrace, which houses a bright, spacious dining and bar area, and the Eagle One gin distillery (named in homage to the two stone-hewn eagles that flank the hotel’s front gate).

Science teacher-turned-gin maker Jack Rockliffe-King is the hotel’s head distiller and general manager. He began crafting Eagle One in 2018 on a pilot still named Dulcie, after his late great-aunt – he talks fondly of her infectious joie de vivre and her belief “that most problems could be solved with a gin”. Dulcie enables a level of control and sensitivity that Rockliffe-King sees as key to the distilling craft: “Terpenes are delicate little beasts and you have to treat them with respect. The product development still is an amazing piece of kit – it’s like the difference between cooking on an open fire and cooking on your stove at home.”

Today the Eagle One Gin range – which includes the juicy Bright Summer Gin and the warming, spicy Bold Winter Gin – is distilled on a bespoke 230-litre still named Bob, after Robert, Count of Mortain, who built Launceston Castle.

The Perrys understand their place both as part of a close-knit distilling community in Cornwall, and in their own community in Launceston. In June, as world leaders were gathering in Carbis Bay for the G7 Summit, the Eagle House Hotel hosted the Gin 7 Summit. Designed as a celebration of Cornish gins, the evening included tastings and an auction in aid of the Cornwall Blood Bikes charity. The couple have also expressed their ambition to keep distilling at the hotel, so their distillery can “serve the town”.

This idea of community is at the heart of Cornwall’s most established gin brand, Tarquin’s. Founder Tarquin Leadbetter, a classically trained chef, was just 23 when he began distilling with his mother and sister in 2012. At the time their company, Southwestern Distillery, was the first commercial distillery to have opened in the county for more than a century.

Leadbetter worked on a 0.75-litre pilot still for a year to develop a recipe, building a library of more than 500 distillates. In July 2013, when he had a bottle he was happy with, he took it to a pub in St Ives and left it on the bar with his name and telephone number. Fortunately, it was a hit.

A tour of the distillery near Wadebridge starts in the visitor room – where colourful gin bottles line the walls and the distillery’s original copper pot still, Tamara, now resides – then moves to the distillery. Here, three 150-litre alembic stills, heated by naked flame, work alongside a new 3,000-litre column still. Today, the distillery can churn out up to 100,000 bottles a month, but the bottling, labelling and wax sealing is still done by hand.

Key botanicals include fresh citrus peels and violets, which, for the first year of production, were picked from Leadbetter’s aunt’s garden. Visitor centre assistant Rosie Beanse says, “Tarquin is still the only person who knows the recipe… And he’s still here every day.”

Leadbetter has built a true Cornish success story, with gins bearing his, and the
county’s, name, now available in 30 countries. The distillery is a significant employer in an area of Cornwall that has little industry of its own, with around 50 people working at the distillery, visitor centre and warehouse plus staff at two gin schools and three retail outlets. It has also played its part in the wider Cornish business landscape, collaborating on projects with Sharp’s Brewery, celebrity chef Rick Stein’s restaurant chain, and the Eden Project.

Not all of Cornwall’s gin-making talent is homegrown – some comes from outside the county, or indeed the country. Take Shaun Bebington, a native of Durban in South Africa, who co-founded Pocketful of Stones Distillery after moving to Cornwall in 2016. He explains that he had been working as a publican in London and considering a move into craft brewing when his brother, a former bartender, came back from a trip to Australia “carrying a little copper pot still under his arm”. At that point, they realised that they weren’t going to be making beer.

Pocketful of Stones makes 10 own-label products, including its Caspyn Gin range, and eight contract-distilled products on two bespoke Portuguese copper pot stills (named Virginia and Jackson). In charge of production is head distiller Balazs Schieber, a Hungarian native and former chef who decamped to Cornwall with Bebington to start the distillery.

Their ‘First Born’, the classic-style Cornish Dry Gin, took around 18 months to develop. It’s bright and zesty thanks to the six citrus botanicals in the recipe, which include fruit peels, hibiscus and lemon verbena. The latter is Capsyn’s hero ingredient – it’s brought over from St Michael’s Mount, an island (and National Trust-owned heritage site) just up the coast.

Development takes place on Genevieve, a tiny pilot still that Bebington keeps pride of place on the bar. She was the starting point for Caspyn’s exciting and original range, such as the Midsummer Gin with cucumber and dill, the soft drink-inspired Dandelion and Burdock Gin, and Dr Squid Gin, infused with squid ink and vanilla for a silky texture and striking colour. The distillery also makes cider brandy (in partnership with Cornish cider maker Skreach), absinthe and a summer fruit cup, and has recently released its own whisky, Hell’s Stone.

Pocketful of Stones occupies two neighbouring units in Longrock, Penzance. The first houses the distillery; the second, taken on later, is home to the distillery bar and is the central hub for its tours and tastings, decorated in a style that fuses modern industrial with surf-shack chic.

One of the newest kids on the block is the Falmouth Distilling Company; founded by friends Daisy Hillier, Chloe Gillatt and Ruth Warfield, this micro-distillery launched its first spirit, Loveday Falmouth Dry Gin, in May 2021.

Food scientist Warfield had worked for companies including William Grant & Sons (with Hendrick’s) and Cornwall’s St Austell Brewery – then, as Gillatt explains, “she dabbled in distilling and got a taste for it”. Hillier is a trained chef and runs the kitchen at a café in Penryn, while Gillatt and her husband James had been chartering a boat in Scotland, which they sold at the beginning of the UK’s first coronavirus lockdown in March 2020.

“Ruth, Daisy and I had been looking for a project to do together for years, and the lockdown gave us the opportunity,” says Gillatt. “Gin felt like something that we could get our teeth into in a deeper way. It made a lot of sense in our chef brains.”

The team made a flavour library of distillates and tested almost 80 recipes before they found a winning combination. Their final Loveday recipe includes locally gathered samphire, fennel and bell heather, which give the gin a bright, savoury flavour.

The trio are also looking at making their own rum using imported molasses. It looks set to be the first English-made organic rum, and will set the path for the distillery’s gins to be made fully organic as well. (They won’t be the first Cornish gin makers to make this transition – Southwestern Distillery launched its Twin Fin rum in 2020, made with imported Caribbean spirit.)

The Falmouth Distilling Company’s ‘home’, on a small industrial estate just outside Falmouth, is one the team will grow into – and one they plan to share with others, too. In the centre of the room sits a huge wooden dining table; Gillatt explains that they hope to host supper clubs and gin tastings around this table, when the time is right.

While Gillatt, Hillier and Warfield are building a home for their brand, Alex Palmer-Samborne, founder and distiller at Skylark Distillery, literally set up shop in his house: a converted barn near Lostwithiel, where he lives with partner Christina and dog Bentley.

His Lantic Gin range follows a growing trend in gin distillation towards hyper-locality. Many of its botanicals are foraged from its namesake bay just a few miles away. “You get some amazing plants growing around here all year round, because of the climate and being close to the coast. I just wandered around with a foraging basket,” says Palmer-Samborne breezily. Raised over the border in Devon, he was introduced to foraging at a young age. As he explains, “When you grow up in the countryside you see things changing with the seasons.”

Palmer-Samborne started distilling with one 150-litre pot still and, at time of writing, had a second on order from Portugal. He distils with a one-shot method and leaves the spirit to rest in a metal fermentation tank with Cornish spring water for at least a month before bottling, which he says results in a smoother gin.

His latest release is a Summer Foraged Gin featuring local elderflower, water mint, bog myrtle and honeysuckle. It took a little longer than planned to come to fruition, as below-average temperatures delayed the honeysuckle flowering. But Palmer-Samborne is pragmatic about his choices: “There is no recipe for gin, especially with foraged botanicals. I am just trying to do the best with what I can find around me. It is such a versatile canvas, you can put anything you find around you into it.”