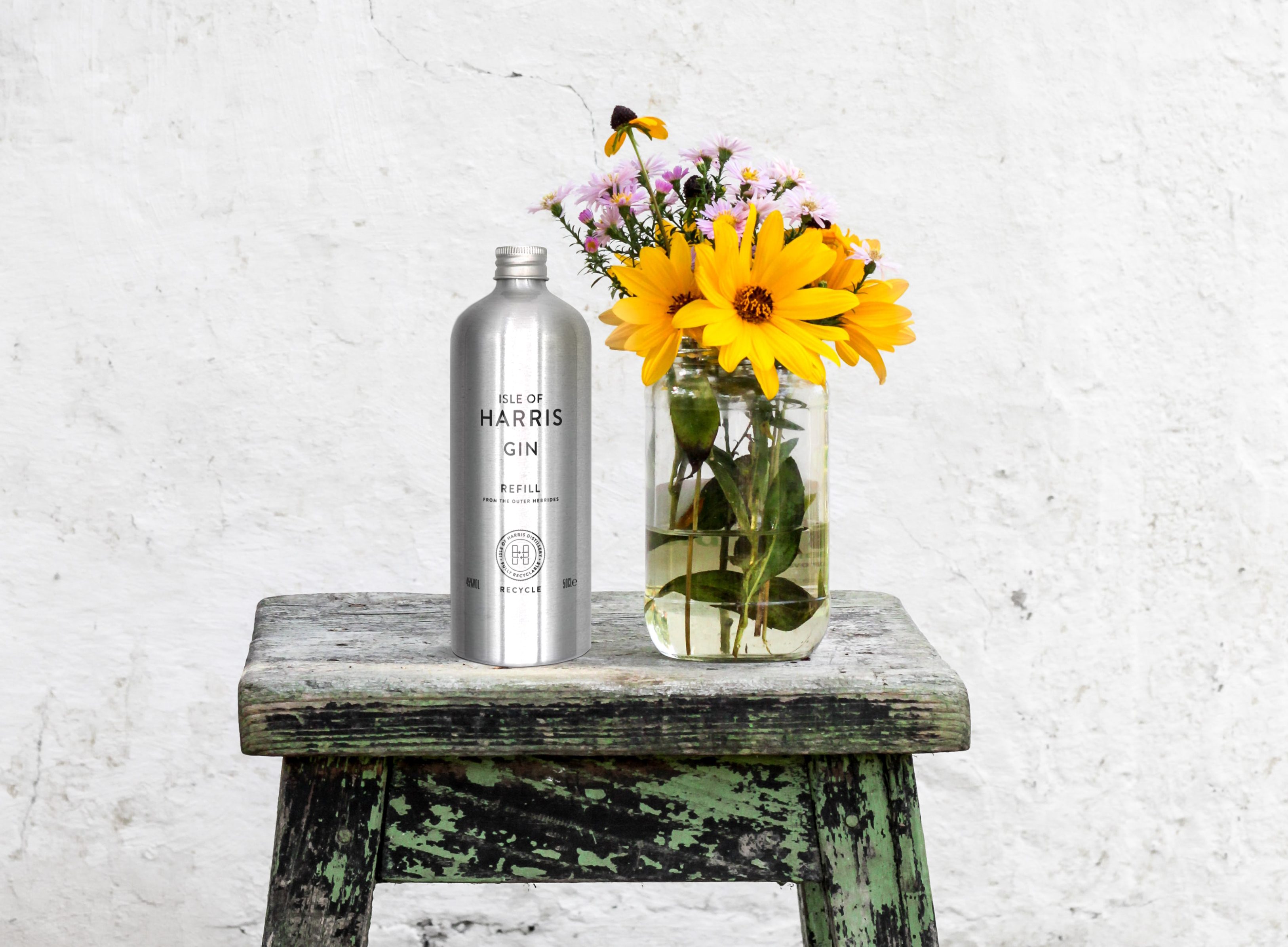 Scotland’s Isle of Harris Distillery has launched a refill project for its flagship gin amid growing demand from customers for a scheme to let them hold on to their bottles.

Through the distillery’s Refill Project, customers who sign up for a year’s subscription will get a 500ml aluminium refill bottle delivered to their door each month to top up their Isle of Harris Gin bottle.

Subscribers will also be sent Isle of Harris photographic postcards to keep and collect, exclusive offers from independent retail partners on the Hebridean island, and a monthly Harris eco e-newsletter sent to their inbox.

Simon Erlanger, managing director of the Isle of Harris Distillery, said: “We’ve been looking for ways to reduce our carbon footprint without losing the pleasure of pouring from our lovely gin bottle. We learnt that aluminium can be the most recyclable of materials and so this new subscription service looks like a great solution.”

The distillery team researched a number of options for the refill bottle before settling on aluminium, which is one of the most recycable packaging materials on the market – some 75 per cent of aluminium ever produced is still in circulation, compared to around nine per cent of plastics.

The bottles are sent wrapped in FSC-certified tissue paper printed with eco-friendly soy inks and are delivered in Jiffy Green bags, which are lined with cushioning paper fibres and are fully biodegradable.

Isle of Harris Distillery opened in 2015 in the harbour village of Tarbet. Alongside traditional botanicals such as coriander, angelica, cassia and liquorice, its gin includes sugar kelp, which is sustainably harvested from the seas around the Outer Hebrides by a local diver and gives the gin subtle coastal notes.

The distiller has caused a stir with its packaging before, with its sought-after special-edition Cèilidh bottles.

The new refill bottle will initially only be available through the annual subscription service (priced £345.50 for 12 months).