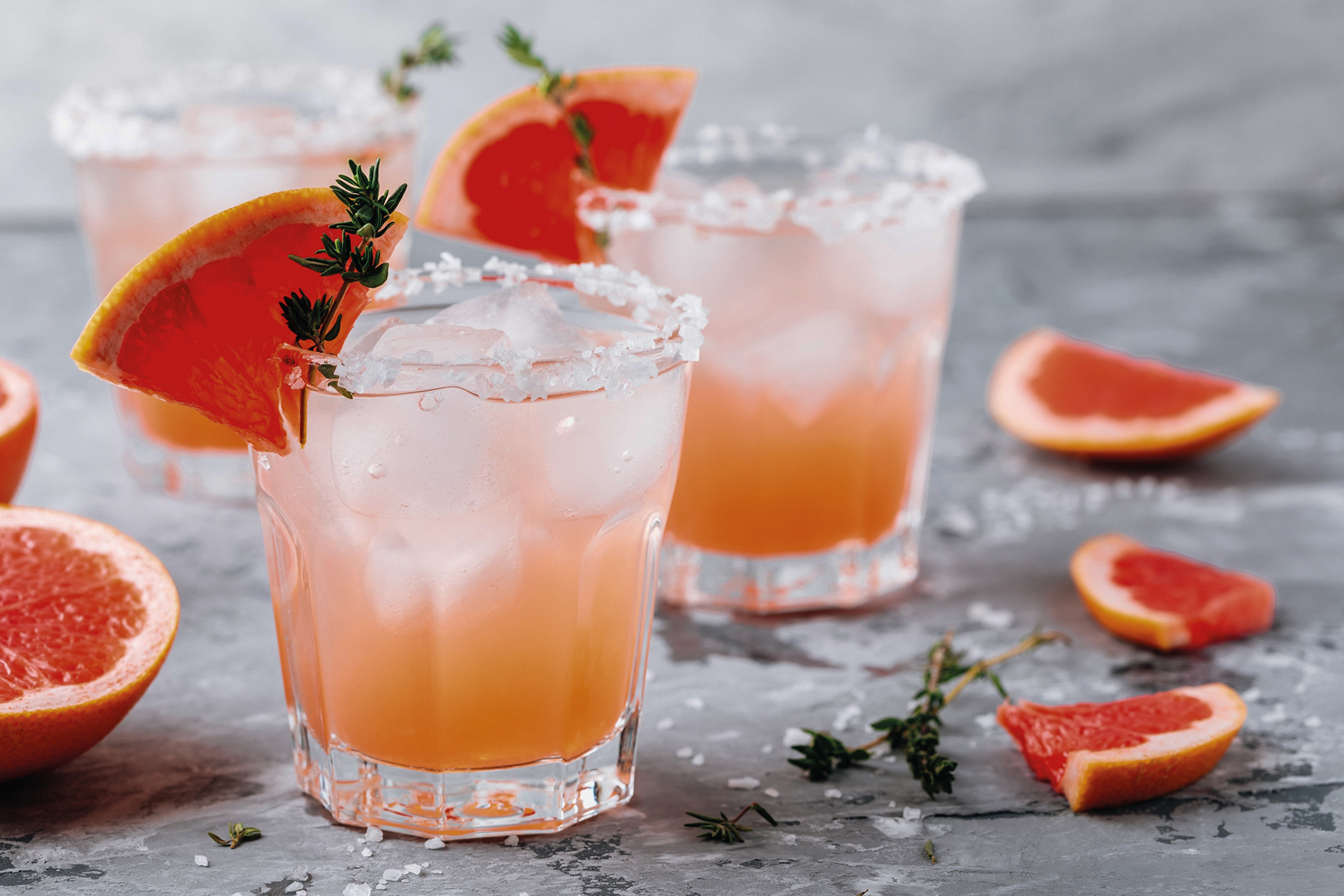 Summer is fast approaching and so, for the second installment of this series on the flavours of gin, citrus seemed to be a logical choice. There is perhaps no other flavour profile, outside of plain juniper, that is as closely associated with gin, whether that’s brought about in its use as a botanical, a cocktail ingredient, or a garnish.

Citrus has been used as a botanical in gins since at least the 17th century. Today, driven by the increasing use of local and native botanicals, more than 100 different varieties are used in gins across the world.

Citrus peels get a lot of their flavour from a combination of the following chemical compounds:

Sharp-eyed readers will have noted that the above lists don’t only contain citrus fruits: juniper contains limonene and coriander, with its floral, spicy, citrus character, contains linalool. This may explain why citrus works so well in gins and why coriander seeds are an important contributor to our perception of citrus flavour. For example, Gordon’s Gin has no citrus peel in its botanical recipe, but nonetheless has a slightly citrusy character; that is from the coriander seed.

Citrus is also a favourite focus for flavoured gins. This is not a new trend; it goes back nearly 100 years to when Gordon’s first released its Lemon and Orange
Gins in the 1930s. Last year, Gordon’s reimagined and revived these products with its Sicilian Lemon and Mediterranean Orange gins. Other citrus gins have also been created by Tanqueray (Flor de Sevilla), Beefeater (Blood Orange) and Whitley Neill (Lemongrass, Pink Grapefruit and Blood Orange), among others.

Tonic water – gin’s no.1 mixer already has some in-built citrus in the form of citric acid, which gives the drink a tangy zip, but recent innovations in the tonic market have led to specifically citrus-flavoured tonics, such as: Lime (Artisan Drinks), Pink Grapefruit (Fentimans), Bitter Orange (London Essence), Lemongrass (Peter Spanton), Clementine (Fever-Tree) and Yuzu (East Imperial and Fentimans). In the USA, Fever-Tree also makes a ‘Citrus Tonic’ (which can occasionally be found in the UK), which is made using a medley of fruit including both Key and Tahitian limes, mandarin and bitter orange.

Bitter lemon – sometimes known as lemon tonic, this was created by Schweppes in the 1960s and was then sold alongside a now-discontinued bitter orange drink. While it was originally designed to mix with vodka, which was becoming increasingly popular at the time, it also works well with gin. Like tonic water, bitter lemon contains quinine, but is additionally flavoured with lemon, either via the use of lemon juice or extracts. Its tart, sharp and slightly bitter flavour makes it a complementary mixer for sweeter gins, gin liqueurs and sloe gins.

Grapefruit sodas – whether pink or white, these bring a fantastic crispness to drinks, which is perfect for classic gins such as Tanqueray or Beefeater. Varieties include Ting and San Pellegrino.

Orange-flavoured mixers – second only to lemon in popularity, with the likes of Sunkist, Tango and Fanta readily available worldwide and particularly popular in Germany.

While lime is often paired with lemon for lemonade-like sodas such as 7Up or Sprite, it is less common on its own. One notable exception is Fever-Tree Mexican Lime; zesty and crisp, it is a brilliant mixer for those who don’t like their drinks too sweet.

The Gin Sour is a simple cocktail, but is nonetheless one of the foundational pillars of cocktail canon. It is made up of a straightforward combination of spirit (gin), sour (lemon), and sweetness (sugar syrup).

Shake and strain, before garnishing with a few drops of Angostura bitters.

The classic version of the Gin Sour is creamy and smooth with a bright, zesty freshness that still allows the complexity of the gin to come through. The use of egg white is sometimes controversial; I personally like what it does for the texture of the drink, but – of course – everyone has to make their own choice.

I encourage you to experiment with your own versions of this cocktail: you can explore not only different gins, but also your choice of sweetener. For example, try Green Chartreuse to add even more herbal complexity, bergamot liqueur to add fragrant, floral notes, or even blue curacao, which brings warm orange spice and turns your drink blue!

This cocktail dates from the early 20th century and is closely related to the Martini and – another cocktail with a New York-related name – the Manhattan. The key feature of the Bronx is the use of both red and dry vermouths, as well as a little orange juice. While recipes for this vary (a lot!), here is a simplified take on the drink that I thought worked well.

Shake with ice, fine strain and garnish with an orange twist.

The aromatic nature of the orange juice highlights the bitterness of the vermouths and bitters, whilst the combination of the juice and shaking gives the drink a silky, slightly fluffy quality.

This is neither a reference to a sailor, nor a sea-faring canine, but rather the inversion of the vodka-based Greyhound cocktail. Pink grapefruit juice is slightly less acidic than the white or yellow varieties and has a unique floral complexity that works well with gin. This cocktail might only have three ingredients (don’t be tempted to skip the salt!), but the result is intense and iridescent.

To prepare the glass, wipe a wedge of citrus around the rim of the tumbler. Add some coarse salt to a small plate or saucer and dip the rim in the salt, before slowly rotating. The citrus juice will help the salt to stick. Shake the gin and grapefruit juice vigorously with ice before fine straining into the salt-rimmed glass.

Regarding your choice of gin for a Salty Dog: a classic, juniper-forward gin won’t fail you, but for something a little different, a gin with elements of chocolate or vanilla spice can also be a good fit. My current favourite is Adnam’s Jardín Mexicano; its crisp vegetal and citrus notes are a fine accompaniment to the grapefruit juice.

Lemon – wedges are great for gin and tonics and Negronis, wheels and slices are eye-catching in long drinks, and peels/twists are striking in Martinis.

Lime – more tart than lemon, lime garnishes can help to balance out sweeter gins. Combining lemon and lime garnishes is known as an “Evans-style” serve.

Orange – generally sweeter and juicier than other types of citrus, orange works notably well with spicy gins and festive tipples, as well as being a classic garnish for a Negroni.

Grapefruit – one of the tartest and most bitter wedges, this is favoured by some drinkers who like an especially dry G&T or Martini.

Other citrus – it’s worth exploring others when they are available: finger limes, which contain zingy, caviar-like globules, are a real showstopper, as are the likes of Buddha’s Hand or even a piece of lemongrass.