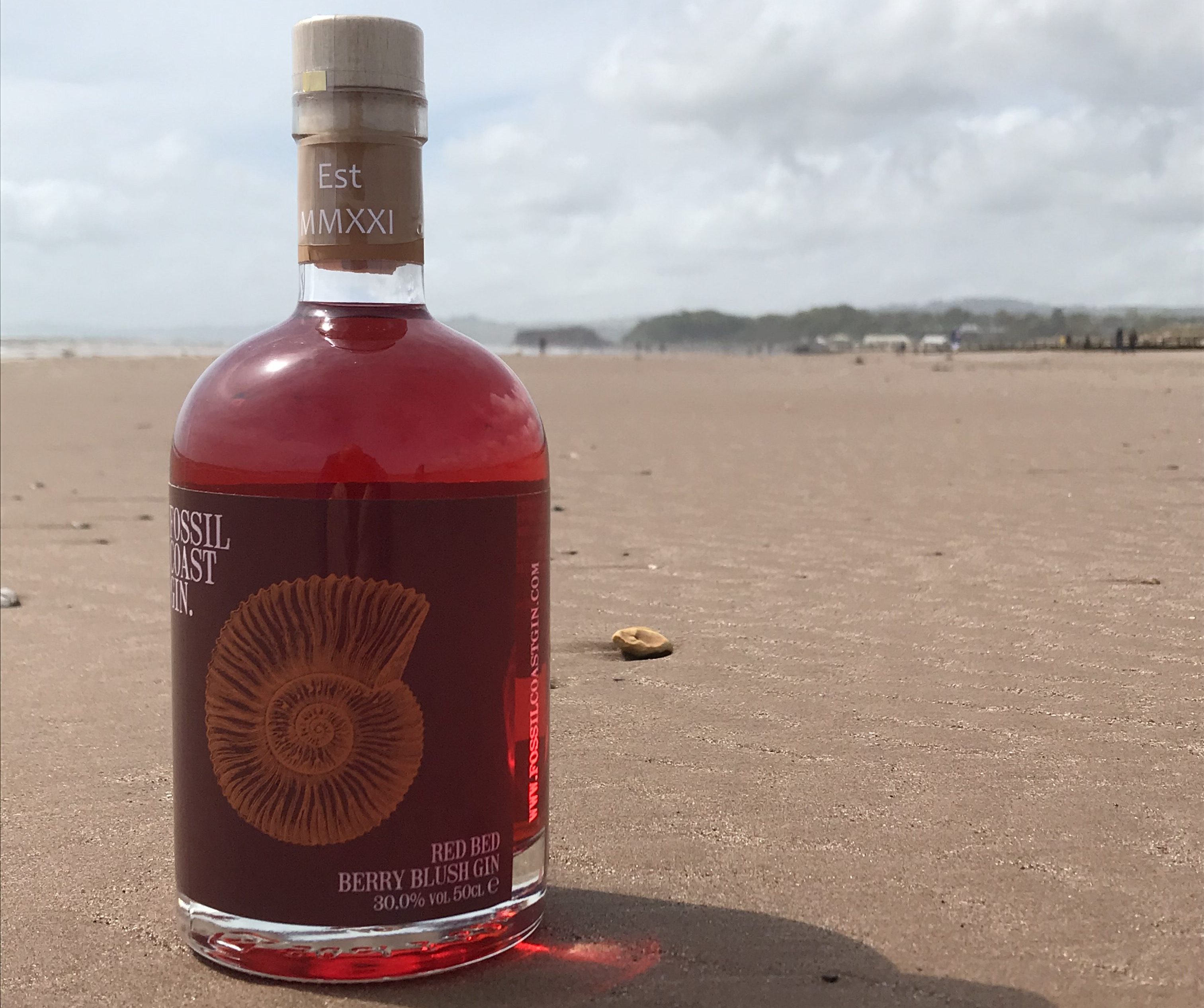 To create its gins, the brand uses a base spirit made from sugar beet which is used as a ‘break crop’ from more intensively farmed arable rotations of cereal crops. It also uses 100 per cent recyclable packaging across its range.

As well as celebrating the 95 miles of Jurassic Coast in Dorset and Devon through its products, the brand is a business partner to the Jurassic Coast Trust and is aiming to have a “positive social, economic and environmental impact” on its home region.

As well as selling gins on its online shop, Fossil Coast Gin has a ‘consumer experience’ section of its website which provides recommendations and services along the Jurassic Coastline.

The company was founded by father and son Wayne and Jack Munday and was inspired by childhood and university field trips to hunt for fossils along the coast.

Wayne said: “Both Jack and I appreciate that the spirits market is a very busy sector and that the number of distilleries in the UK has significantly grown over the last eight years. However, the drinks marketplace is always evolving and calls for innovative and creative growth approaches that influence the forces that impact price, choice and the behaviour of both producers, intermediaries and consumers.”

Jack Munday said: “We believe that artisan small-batch distilling can still do a lot to positively contribute towards increasing the scope of British geographic indication and by focussing on finding an authentic brand origin or discovering genuine ‘local stories in a bottle’ for distilled products for many familiar, overlooked or underrated geographic localities is a very interesting aspect of economic development.

“In short, we want to create an organisation that builds brands that have a positive social, economic and environmental impact on place-identity and enhances a sense of belonging and purpose.”

Fossil Coast Gin is now available to buy via fossilcoastgin.com. It will be available from selected independent retailers, farms shops, hotels and restaurants connected with the Jurassic Coast from July.