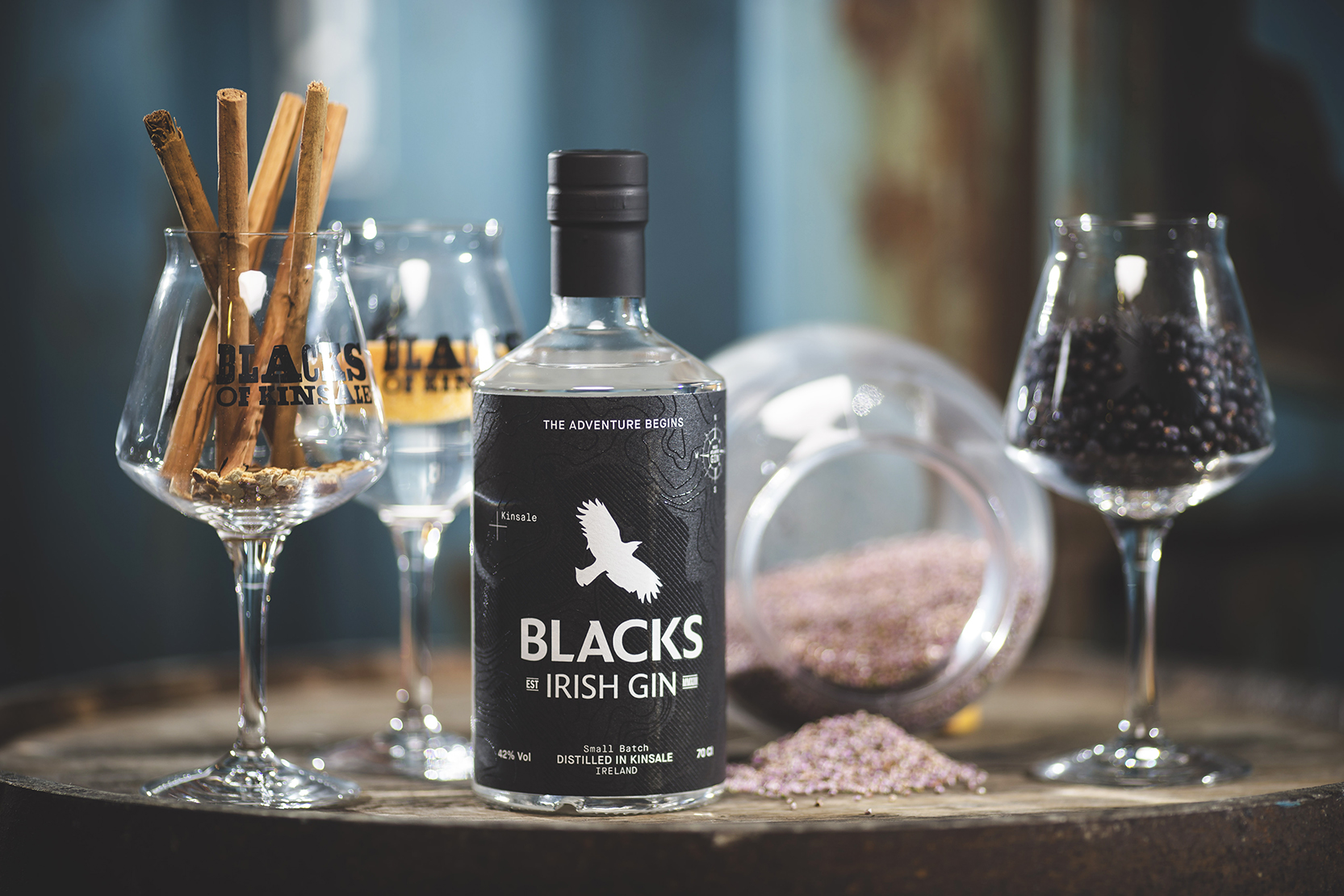 Gone are the days when beer and whiskey ruled the roost in Ireland. The nation has been in the grip of the craft gin movement for the past five years; once perceived as a go-to drink for the older generation, it’s now firmly on-trend and more popular – not to mention more available – than ever.

In 2019, Ireland had 50 gin brands located all over the country and according to the Irish Spirits Market Report, gin sales are growing substantially year-on-year, with a 4.6 per cent increase between 2018 and 2019 and an increase of more than 200 per cent since 2014. That’s a lot of gin!

In Ireland, the common gins available even as little as 10 years ago were the likes of Beefeater and Cork Dry Gin. Now, if you were to order a G&T in a bar, you’d be asked, “Which one would you like?” as venues tend to have a full menu available and, in fact, many of them are Irish made.

While some brands started with whiskey in mind, there are those who are focusing their efforts on the clear liquid of the hour to drive their business. Families and close friends have gone into business together to bring their craft gin to the forefront with unique and unusual varieties popping up all the time.

Take Dublin-based Stillgarden, for example. This trendy, eco-friendly company was set up by Pat O’Brien and Viki Baird, who wanted to “reinvent spirits” both in terms of how they are produced and how they are enjoyed.

Their Social Gin, hailed as Ireland’s first ‘community-sourced’ gin, uses locally sourced mint, lavender, rosehips and rowan berries from the community garden and the surroundings, successfully bringing a zesty, refreshing drink that is ideal when the weather begins to heat up.

They even created a limited-edition Boss Lady gin, inspired by Viki and all the admirable women we have in our lives to celebrate International Women’s Day, that oozes tropical and citrus aromas. It shows that they’re willing to take risks – risks that pay off.

Pat and Viki aren’t the only couple to have gone into business together in the capital as Dublin City Gin is also run by a husband and wife team. Described as “Irish gin with a Dublin accent”, Jim and Sheila O’Connor created a spirit that uses rhubarb they’ve cultivated beside Dublin’s Grand Canal.

Jim left behind a career with Disney to start making his own gin and it’s a move that has seen Irish buyers and gin critics alike flock to stores to get their hands on it. Not only that, but they’ve picked up their fair share of gold medals in the five years they’ve been in business.

Another husband and wife team bossing the gin business are Robert and Bhagya Barrett. Their Maharani Gin (Maharani meaning ‘high queen’ in Sanskrit) launched in the summer of 2020 and brought a fresh take on the juniper spirit by fusing the cultures of Cork and Kerala, India.

Robert is a biochemist-turned-fine spirits expert who spent more than a decade learning the craft. He created a gin inspired by both his and his wife’s heritage: gin zested with pomelo fruit and spiced with cassia and nutmeg-mace, all of which are sourced from a women’s organic farming co-operative in Bhagya’s home state of Kerala.

It’s a gin for the modern Ireland that champions the blending of cultures the country has seen over the years, and the combination of flora and spice is certainly a treat for the taste buds.

Maharani isn’t the only gin in the rebel county either, as Blacks of Kinsale continues to expand its empire in Ireland. Gins, rums, poitín and a selection of craft beers has seen the Wild Atlantic Way craft company become known as a reliable brand for those looking for good-quality and good-tasting beverages.

The brainchild of Sam and Maudeline Black, the company stemmed from a Valentine’s Day gift that saw Sam become enamoured with the idea of experimenting with home brewing and distilling. Launching a brewery in 2013 and branching out into spirits with its distillery in 2015 means that Blacks is able to do crossovers between its two production houses. Its gin, however, remains true to its roots and complements the company’s location on the Wild Atlantic Way, using 13 carefully selected botanicals including citrus peels, juniper berries and vapour-infused Irish heather flowers which are picked locally. It’s a clean, crisp gin that not only tastes great on its own but mixes very well in cocktails.

It isn’t just husbands and wives that are getting into business with one another, as proven by the Bonac Gin boys. Started by father and son duo Michael and Gavin Clifford, Bonac quickly became a popular figure at craft fairs across the country.

Gavin was inspired by the craft movement in the US and developed the idea while working in O’Brien’s Off Licences, which became the nationwide distributer of Bonac Gin when it launched. The duo didn’t want their product to be “just another Irish gin” and created a gin with hints of juniper, mint, cucumber, bergamot and pear. They have since opened up a gin-making experience to share their passion with other gin connoisseurs.

Another group keeping it in the family is the very cheekily named Mór Gin (which is literally pronounced as ‘more’). From the mind of Eoin Bara, whose grandfather was a master distiller of Irish whiskey, Mór is a contemporary gin bursting with flavour that lives up to the family’s legacy in the industry.

The range includes a London Dry Gin, but it’s the Wild Berry and Pineapple gins that really grab fans’ attention. With a bold aroma of raspberries, blackberries and cranberries along with juniper, coriander, angelica root and rosemary, it is ideal for thirst quenching in the summer months and when poured from the Mór Pride Edition bottle, you’ll really feel like you’re tasting the rainbow.

One thing distilleries in Ireland have in common is being true to their roots and one company that does that in bucket-loads is Ballyvolane Spirits’ Bertha’s Revenge. The “Irish Milk Gin” is inspired by the Kerry legend herself, Big Bertha – a Droimeann cow from Sneem in Co. Kerry who passed away on New Year’s Eve in 1993 just before her 49th birthday.

The company, founded by pals Justin Green and Antony Jackson, has since expanded its range to include a sloe gin and a “navy strength” gin (at 57.1% ABV), both of which are good enough to drink by themselves simply poured over ice.

The original Bertha’s Revenge is a juniper-led gin like no other, using alcohol from local dairy farmers in Cork along with the distillery’s own natural well water and locally sourced botanicals which, according to the founders, took 10 months from conception to birth – the same length as the gestation period for a cow.

With brands like these, and many more across the country, the craft gin movement certainly doesn’t seem to be slowing down in Ireland and with such a wide variety to choose from, you can see why it’s becoming the go-to market for gin enthusiasts. Who needs a pint of Guinness when you can have a goblet of gin?

Has this peaked your interested in Irish gins? Read about more brands here.

0 comments on “Irish gin: Brands from the Emerald Isle to know and try”