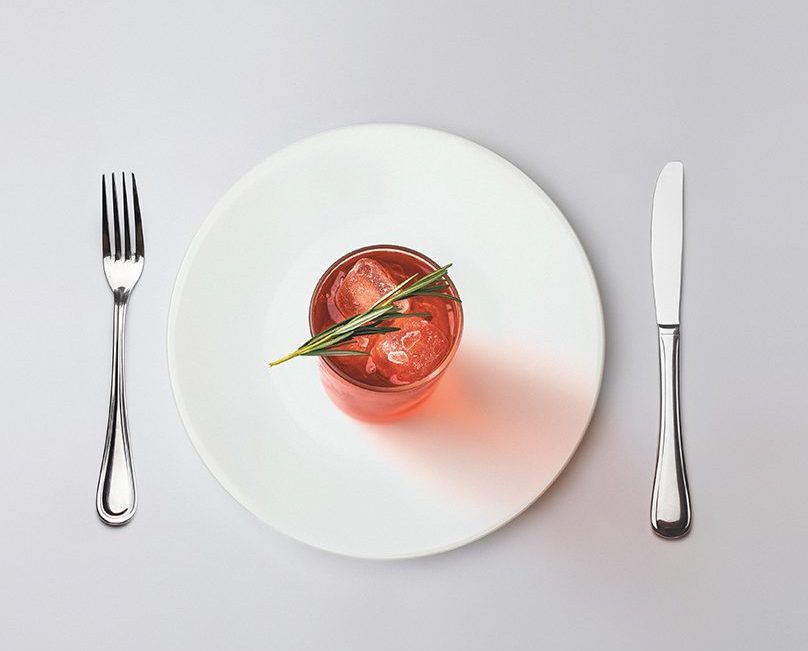 Distilling and cookery share many fundamental similarities, according to those who have straddled both disciplines

Gin and food are intrinsically linked. They have been through history, with gin and ginger being one of the very early food pairings, and their connection has grown with the gin revolution. There are many parallels and connections. And with such extensive complexity in flavour and technique, it’s understandable why they share a similar space, and why we see chefs moving into distilling.

Now you might not realise it, but the founders of Thunderflower Gin, Dominic and Anicca O’Nions, also work in Ashburton Cookery School and have years of experience between them. Anicca says that one of the skills she picked up at the cookery school was that of layering flavours: “When you’re around cooking, you learn to layer the flavour, top notes, mid notes and high notes.” She makes a comparison to some eastern styles of cooking where food has sweet, sour, hot and salty elements. This activates different parts of the tongue and taste buds and makes for a more complex and interesting dish. As Emily Bell wrote in an article for Starchefs, “Whether a chef approaches one flavor with multiple techniques, or uses one technique to marry a variety of flavors, layering can create dimensionality, structure, or refined variation on the palate. A well-layered flavor profile (built on three ingredients or 30) won’t fade after first impact; it’s going to last, and change, over the course of the bite.”

For me, this idea makes up the heart of the connection between cooking and distilling. Research shows that there are different aspects of flavour, one of which is the ‘fond’, meaning ‘base’ in French. This refers to the stock, all the darker, crispy cooked stuff that can be scrubbed out of a pan, or preferably deglazed in order to get more flavour in the dish. Talking to Jamie Baxter of Craft Distilling Services about this, he points out that the “holy trinity” of juniper, coriander and angelica in gin were the ‘fond’, the base of most gin recipes. From that, the distiller can add extra components and grow more extensive and complex profiles.

However, having judged many a traditional or classic profile gin, it is extraordinary how much complexity and variety can be garnered from these three botanicals, based on the type of botanical and where they come from, the ratios used, distillation technique, base spirit and water, among other more complex variables like temperature and pressure. Getting the balance of this right is where good gin comes from, and from there you can then look at accent flavours.

This understanding of flavours and how they change by process is very much a lifelong education. People spend years learning this through experience at home and in cookery school. Already having this knowledge when beginning distilling is a huge advantage in the sense of recipe development.

Sam Esepensen of Espensen Spirit understands this. “Food and drink are indelibly linked to me,” she says. “I really enjoyed cooking from an early age, and I was fascinated when I learnt that spirits could be made by adding what I thought of as food ingredients to them.” And it seems she is always thinking with her foodie knowledge. “Espensen Spirit varieties always start off as an idea in my head that springs from a particular moment or memory or ingredient. I am attempting to capture a specific feeling I want to share with people. My blueberry gin, for example, was influenced by sloe gin, but also by Italian flavours. Blueberry complements rosemary, basil and tomato, and pairs very well with Italian aperitivo-type food. Creativity and knowledge are key here. Understanding flavours, how ingredients will behave, what matches with what, seasonality, sustainability – there is so much shared knowledge and the lines are very blurred for me.”

Another notable case study is that of Birch Gin, inspired by founder Justin Birch’s love of Asian flavours and fusion cooking. “I’d lived in Sydney in the late 90s and had become a big fan of fusion cooking as enterprising chefs were crossing Asian and Mediterranean cuisine. I hoped I could do the same with gin and I wanted a refreshing journey through British herbs, Mediterranean citrus and spice from the Far East.” I asked Justin what he thought the transferable skills were. “Everything. To me distilling is a form of cooking. It’s all about keeping to the recipe, the quality of the ingredients, the temperature and the cooking times.”

Much like cooking, after sourcing your ingredients, methods of distilling will affect the compounds in botanicals and therefore the flavours of the gin. Understanding these variants is an important skill. We often talk of the heat in pot stills creating deeper, more stewed notes like jam, whereas vacuum distilling, carried out at a lower temperature, extracts fresh and delicate notes. In drawing a parallel with cooking methods, you could say the difference is like pan searing a sea bass and sea bass ceviche. Melding of flavours is another consideration. While some flavours take time to meld, this can be brought forward with use of a sous vide, something that Conker Spirit uses for some of its drinks. Using a sous vide can work wonders for infusing spirits and likewise for bringing flavours together, much like when you find lasagne tastes better the day after it’s been cooked.

It is also worth noting that it’s not just about the liquid. In setting up a distillery you are setting up a business. Jamie Baxter knows all about this, having worked in food production before distilling, building the still set-up at Chase Distillery and many more since. Jamie has an interesting perspective of transferable skills as his experience is on the production side. While we are always caught up in the romance of distilling, of the liquid and the stories, there is an important backbone to the business to remember: the equipment and safety measures. If you’ve worked with food, you’ll be aware of this when it comes to setting up your distillery.

Jamie says, “The front end and back end of the process are similar to others. I had experience of handling starchy materials such as grains and potatoes, malt, sugars and syrups, transfer machinery, cookers, chillers, heat exchangers, mixers and blenders, fermentation, steam boilers, high-speed and low-speed packing machinery, water treatment, warehousing and storage, and laboratory methodology, so all this was useful, as too was knowledge of suppliers. All of that helped with building the Chase Distillery and now many others.”

Michael Fricker, of Gin World and St. Louis bar The Gin Room, has a wealth of information to add to the subject. He has many years of kitchen experience under his belt and the knowledge it has given him in flavour means nowadays he’s brought in to tweak and finalise recipes for companies. He started in culinary school and worked his way up to running a hotel that had three restaurants, before eventually moving to St Louis to take on Four Seasons.

“I made the move to cocktails two years ago and haven’t looked back since,” Michael explains. “I’ve always been a gin drinker, but getting to work in-depth with the spirit at The Gin Room has been fantastic. The botanical builds are so vast that there’s always something to play with. It’s very akin to food in that sense. The spirit is a foundation or building block of the cocktail and gin has a vast range of flavour profiles to build upon. Making gin is just as and sometimes even more fun than creating dishes.”

So what are the parallels? “At the end of the day flavour is flavour and balance is key,” says Michael. “This principle translates pretty well from creating a dish to creating a gin or a cocktail. It’s key to understand ingredients and how they react to each other, whether they balance or complement, mite or amplify, add or create a foundation. Once you understand the ingredients and their roles it makes everything easier, so coming over from cheffing was a big help because I already had that base of understanding.”

He adds, “I think cooking sets up someone to understand distillation a little better… whether it is a steak or a distillate, it’s essentially just the removal of moisture for the enhancement of flavour.”

Last month, Salcombe Gin released the seventh spirit in its Voyager series, a collection of limited-edition gins developed in collaboration with chefs and winemakers. ‘Daring’ was developed with Michelin-starred chef Paul Ainsworth and is inspired by his signature dish ‘A Tale of Porthilly’, which celebrates the Cornish oyster. There are some other great past examples out there too, such as the caviar-infused gin created by Yorkshire-based Slingsby with Michael O’Hare, founder of Michelin-starred restaurant The Man Behind the Curtain.

Now, I don’t know about you, but all this writing about gin has made me hungry. What shall we eat? Or drink?