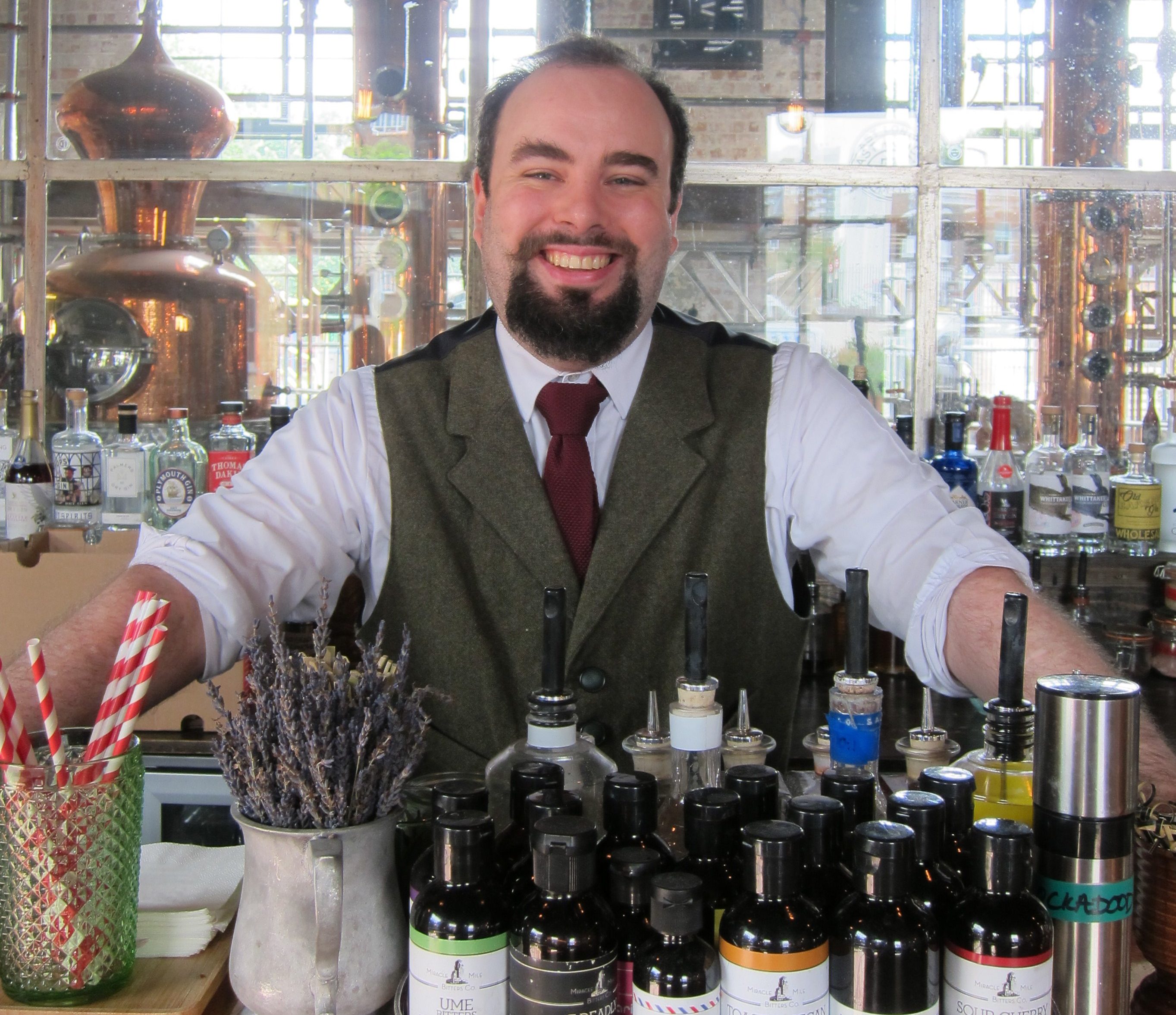 This week’s guest in our My Gin Life series is the world-renowned spirits writer, judge and consultant (and 2021 Hall of Fame inductee) David T. Smith. As an early adopter in the modern gin boom, David has built up an unrivalled wealth of knowledge on juniper spirits. He has tasted, judged and helped to create gins around the world and has authored several books on gin production and cocktails, including the recently published Negroni, co-authored with Keli Rivers. He is also the contributing editor of Gin Magazine.

Gin Magazine (GM): How did you get into the spirits industry?

David T. Smith (DTS): Since I was very young, I have been interested in the idea of putting different flavours together. The booze aspect was never really part of it – my parents are not big drinkers so there wasn’t a lot of booze in the house – it was just that combination of flavours. As time went on, I got more interested in the cocktail side of things, and I also got interested in vodka. But as I was looking at the vodka scene I thought, there’s too many vodkas out there – I could never get a good handle on what was going on, so I thought I’d switch to gin. This was about 15 years ago, when there were maybe 50 or 60 gins on the market. I used to ring up different bars and ask what gins they had got in – I would travel half-way across London on my lunch break to try a gin I hadn’t tried before because they were so hard to find. Then I started writing about them so I could remember the tastes, then with these notes my wife suggested that I start a blog [SummerFruitCup.com]… From writing the blog, all these opportunities came along, and I just said ‘yes’.

GM: You wear many hats as a spirits communicator, in writing, judging and consulting – do you have a ‘favourite part’ of your job? What do you think are the best opportunities your job has given you?

DTS: The best opportunity is the chance to travel, and the chance to meet so many new people and develop strong friendships – in other work I’ve done your colleagues are your colleagues, but this is a little bit different, which is lovely. My favourite part of the job is exploring why things happen – really trying to understand the different approaches to gin, whether something makes a difference and how it makes a difference. That production side I find particularly exciting, because it is enhancing and increasing the amount of knowledge in the industry, which in the end is just going to lead to more tasty gins. Also, new product development work is always great fun… I have worked on gins with people all around the world. Because that’s the most personal kind of connection, that is something I really enjoy.

GM: Tell us one thing you are proud of in your career, and one thing that you may do differently if you had the chance again.

DTS: The proudest thing is the impact that you can have without necessarily knowing that you’ve had it – where you have met someone and spoken to them about something, and then somewhere down the line you meet them again and they say, “By the way, you know that you said X, Y and Z? Well we tried that, and this was the result.” The Hall of Fame award is a recognition of that which means a lot.

In terms of what I’d do differently, it’s about learning from your mistakes. For example, I and a distiller in the UK decided that we were going to distil a gin with Bourbon biscuits. So we did it, and we were so excited about the result – but because it was a hot distillation, it just tasted like burnt biscuit. It was a mistake, but I don’t regret it because it was a useful lesson.

GM: What is the best piece of career/life advice you have been given?

DTS: Someone once said to me that, “Everything is only for a season.” You never know what might change in life – there are various risks that could change things – but I think part of that is being able to embrace that risk somewhat and be flexible. That season could be century or a couple of months; it makes me think that you should make the most of where you are now, but not be afraid of embracing new things.

GM: What do you find most exciting about the modern gin industry? What part of the industry should we be watching for interesting developments in the near future?

DTS: The thing that really excites me is the people and the stories behind how people come up with things. Also, gin truly is a global spirit – you can make it anywhere. When these two things come together, you start getting flavour profiles and ingredients that we have never even heard of in the UK. It’s almost like you can, to a small degree, travel through drinking the gin. Whilst there is this innovation, it is still possible to innovate while keeping it ‘ginny’. Juniper and coriander have enough intensity that you can layer lots of things over them and they still come through, and you can do that in a nuanced, balanced, but exciting way. To me, the emerging regions of gin – for example, Chinese gins – is where the exciting stuff is.

GM: Are there any gin producers that you really admire?

DTS: There are loads of really great people making gin. I have a huge amount of time for what Jon [Hillgren] does at Hernö. I don’t think I’ve ever had a bad gin from Hayman’s; their products are definitely some of my favourites. I think someone that doesn’t get enough credit is John McCarthy [master distiller at Adnams] – he is so imaginative with what he does. Then there’s Lauren Patz [head distiller at Purple Brands, CA, formerly of Spirit Works, CA] and Anne Brock [Bombay Sapphire master distiller], who make good gin, but they are also really keen on helping other people to make really good products and on sharing their knowledge.

GM: If you were a gin style or gin cocktail, what would it be and why?

DTS: I put this to my group of ‘gin genies’. Someone suggested I was a Vesper, because it is classic with a twist, smooth – but also a bad influence. So I’ll go with that!

Read more from our My Gin Life series here.

0 comments on “My Gin Life with… David T. Smith, gin writer and judge”